You are in : All News > African swine fever: “Early detection is key to controlling spread,” says EFSA 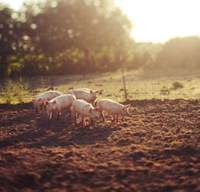 06 Nov 2019 --- Improved surveillance, communication and collaboration are key to controlling the spread of African swine fever (ASF) in Europe, according to a new risk assessment carried out by the European Food Safety Authority (EFSA). The assessment estimates the potential for the disease to spread across Southeastern Europe and was requested by the European Commission (EC) to support efforts incontrolling and preventing the spread of the disease in the region.

Control measures – which have been in place in the EU since 2014 – should continue to focus on the importance of early detection and preparedness, EFSA notes. In particular, it recommends:

- Rigorous surveillance, especially surveillance of wild boar and domestic pigs, which remains the most effective means for early detection of African swine fever.
- Measures to limit access of wild boar to food and further reduce boar numbers through hunting.
- Awareness campaigns for travelers, hunters, farmers, etc. to limit the risk of spread via the movement of people, as well as to assist with early detection.
- Communication and collaboration among national authorities and stakeholders to support awareness campaigns.
- Training activities for veterinary officers, other relevant bodies and hunters to increase the probability of early detection and effective control.
- Risk assessment of African swine fever in the south-eastern countries of Europe

ASF was detected in Serbia while EFSA’s assessment was being finalized. In the run-up to the summer months, the EC underscored the crucial importance of multi-sectoral cooperation to control ASF and prevent further spread across Europe. Extra vigilance and preparation are imperative, particularly “due to the peak of the disease during the summer season”, delegates at an EU meeting to discuss the contagious deadly viral disease affecting pigs and wild boars were told.

Meanwhile, the outbreak has caused mass disruption across East and Southeast Asia and had a significant impact on global markets, with prices of pig meat rising rapidly between February and May this year.

The situation in the EU remains stable, notes the meeting of the EU’s Agriculture and Fisheries Council. However, since January 2019, the disease has continued to spread to vast regions of China and other Asian countries (Mongolia, Vietnam, Cambodia and North Korea), raising serious concerns in other countries such as the US and Canada.

Almost five million pigs in Asia have died or been culled because of the spread of ASF, according to reports by the Food and Agriculture Organization of the United Nations (FAO) in August. With FAO support, countries across the region are ramping up preparation efforts to prevent further spread of the disease. In this global epidemic, small-scale farms that lack the capital and expertise to mitigate the crisis are hit the hardest, FAO emphasizes.

De-escalating trade tensions: China to purchase up to US$50bn of US agricultural goods over the next two years

20 Dec 2019 --- The US and China have set out terms for a “historic and enforceable” agreement on a “Phase One” interim trade deal that ostensibly would... Read More

29 Nov 2019 --- Hard-hit agricultural sectors urgently need a package of support measures to mitigate the negative impacts of US tariffs and the long-standing Airbus/Boeing... Read More

14 Nov 2019 --- RaboResearch Food & Agribusiness, a research arm of Rabobank, has published its annual global animal protein outlook. On the whole, the report outlines that... Read More