You are in : All News > EU stevia labeling update provides “greater clarity and transparency,” says Cargill 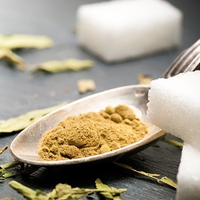 In an in-depth interview with Cargill, FoodIngredientsFirst examines how companies and brands can begin taking advantage of the labeling update and get ahead of regulatory changes slated for January 2023.

“We’re currently working to communicate these labeling changes to our customers in Europe. While the new EU Regulation does provide for a transitional period, we’re encouraging customers to update their ingredient declarations from this point forward for the benefits it holds in clarifying the ingredient to consumers.”

Key drivers behind new labeling guidance
Rhaiem explains how the specifications for steviol glycosides (E960) as laid down in EU Commission Regulation 231/2012 up to now stipulated that its manufacturing process comprises two main phases.

The first involves water extraction from the leaves of the Stevia rebaudiana Bertoni plant and preliminary purification of the extract, and the second involves recrystallization of the steviol glycosides.

“In February 2018, an application was submitted to the EU Commission in relation to a new method for the production of rebaudioside M, involving the bioconversion of purified stevia leaf extract (≥95 percent steviol glycosides) through a multistep enzymatic process with enzymes prepared at the first stage of the process,” explains Rhaiem. 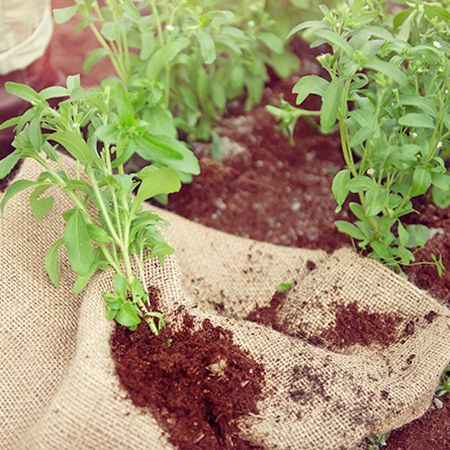 Stevia is a plant native to northeastern Paraguay. It contains sweet components called steviol glycosides that are up to 300 times sweeter than sugar.“The resulting rebaudioside M undergoes a series of purification and isolation steps to produce the final rebaudioside M (≥ 95 percent).”

An application to the Commission was triggered from this new process submission calling for amendments of the specifications concerning the food additive steviol glycosides (E960).

“As those food additives may be regulated combined, a new group for steviol glycosides, including both of them, was created,” continues Rhaiem.

“Taking into account the ongoing process for the amendment of the International Numbering System for food additives of the Codex Alimentarius, the new EU Regulation 2021/1156 stated that it is appropriate to include the new food additive as “E960c enzymatically produced steviol glycosides” in Part B of Annex II to Regulation (EC) No 1333/2008 for labeling purposes.”

Cargill’s stevia research
Cargill believes bringing the familiarity and understanding of stevia to the full ingredient labeling will enable consumers to better understand the ingredient and its botanical origin.

“Particularly among the important demographic of 18 to 34-year-olds, the purchase impact for stevia seems to be the strongest (23 percent), compared to an average across all demographics of 16 percent. This further reiterates the bright future of this high-intensity sweetener,” Rhaiem notes.

Spotlight stevia for sugar reduction
Consumer interest in stevia continues to grow. According to data from Innova Market Insights, the number of global product launches containing stevia grew by more than 16 percent per year between 2016 and 2020.

Stevia use is expected to grow and find more routes into different applications, including desserts & ice cream, sports nutrition, dairy, beverages and more.Consumers are looking to reduce fat, sugar and calories, leading brands to adapt formulations to meet these trends.

Stevia is a plant (specifically, a member of the chrysanthemum family) native to northeastern Paraguay. It contains sweet components called steviol glycosides that are up to 300 times sweeter than sugar.

“However, we also know that consumers aim to avoid artificial sweeteners and ingredients they are unfamiliar with,” she continues. “The new labeling designation “stevia glycosides from Stevia (E960a)” will help consumers better understand the plant origin of the ingredient.”

“We have already witnessed a further increase in stevia perceptions over the years, helped by greater adoption in the market. In 2010, just 40 new product launches were reported in Europe with stevia, and with regulatory approval in the EU, this number grew exponentially to almost 2,000 in 2020.”

Stevia demand expected to grow
Sports nutrition, soft drinks and confectionery are the leading categories with the number of new launches per year. These categories continue to dominate recent product launch activity in the region.

Over the last decade, Cargill has “made huge leaps forward” in the tools available, enabling the reduction of sugars, especially within the stevia space, investing more than 300,000 hours studying the unique properties of the stevia leaf, searching for the optimal balance of sweetness and taste.

“As part of that research, we developed our ViaTech portfolio of stevia leaf extract sweeteners,” Rhaiem adds. “ViaTech is created using a proprietary taste-prediction model to precisely predict which combination of sweet components deliver optimal taste and sweetness, with SKUs targeting specific flavor systems and applications.”

“In the beverage space, we see great opportunities for ViaTech in everything from iced teas and energy drinks to non-cola carbonates and flavored waters,” she highlights.

“But opportunities are not limited to beverages alone.”

Whether in sports nutrition, confectionery, dairy, desserts and ice creams, stevia is finding new routes into more products, notes Rhaiem. “This is not surprising, considering how stevia has proven to be a useful, zero-calorie ingredient for a wide range of applications.”