You are in : All News > Eat Just’s mung bean protein in plant-based eggs greenlighted for EU commercial rollout 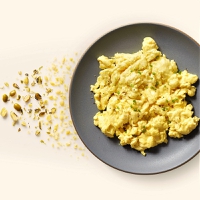 06 Apr 2022 --- Plant-based egg pioneer Eat Just’s key ingredient – mung bean protein – has received approval from the European Commission. The landmark approval for this ingredient paves the way for the launch of its JUST Egg product in Europe in the fourth quarter of this year.

“Europe and the UK are important markets for Eat Just and JUST Egg because consumers across the region are eager to add more plant-based products to their diets, whether they're eating at home or at restaurants,” Andrew Noyes, head of global communications, tells FoodIngredientsFirst.

“They have similar motivations as consumers in the US market, including health, sustainability or a connection to animals. Consumers across Europe have been anticipating the launch of JUST Egg ever since we became the first plant-based egg introduced in the US market several years ago. 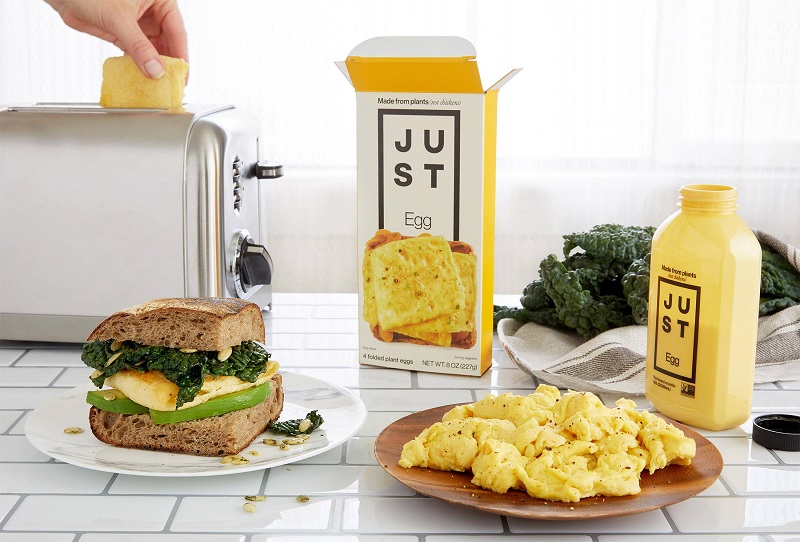 JUST Egg is offered in a pourable format, folded format and savory sous vide bites (Credit: Eat Just).JUST Egg is currently available in the US/Canada, Hong Kong, Singapore, China, South Africa and Korea. The product’s wider traction in Asia can be attributed largely to the fact that mung beans are already viewed as a dietary and agricultural staple in this region.

“JUST Egg remains the global share leader in the plant-based egg category with over 99% in US retail,” says Noyes. “We will continue to expand globally.”

The company sources its mung beans from a variety of places where they are grown commercially, including Africa and Asia. “Eat Just has sold the plant-based equivalent of more than 200 million eggs,” says Noyes.

Regional allowances
The latest decision allows Eat Just to rollout its product in countries belonging to the EU and the European Free Trade Association. 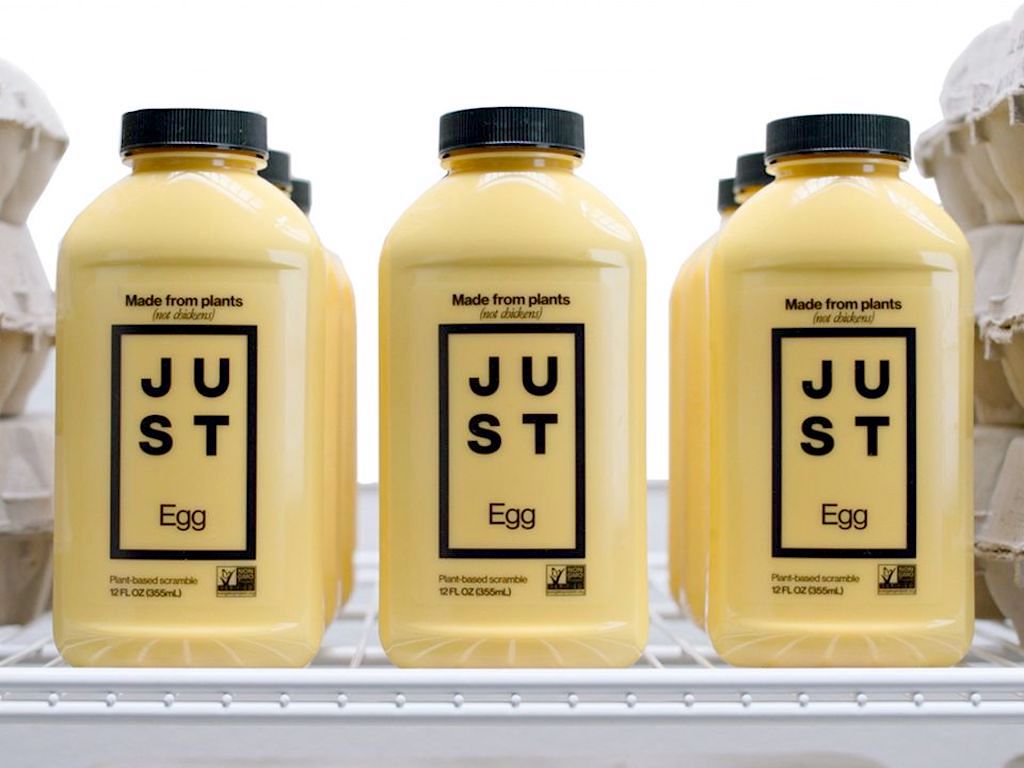 “Forward-thinking consumers in Europe have been asking for JUST Egg since the day it launched in the US,” says Josh Tetrick, co-founder and CEO of Eat Just.

“Whether because of climate change, health or a connection to animals, the demand has been significant as has interest from retail and foodservice partners. I'm grateful for the recent approval, which opens the door to begin distribution across Europe before the end of the year.”

The Commission’s action is based upon the European Food Safety Authority’s (EFSA) earlier determination that mung bean protein is safe under novel food requirements.

Mung bean protein is the first novel legume protein to be deemed safe under the regime that has governed all new food ingredients entering Europe since May 1997.

The company is also actively engaging with the UK’s Food Standards Agency on a regulatory path to market.

“Once a food is determined to be novel, the process for review and approval is well defined,” explains Noyes.

“EFSA asked that Eat Just provide information on the nutritional safety of our protein which required that we develop, adapt and validate a group of tests to fulfill the request. Most food companies will find the long periods with limited communication during the process to be challenging.”

The EU process for novel ingredients has three stages. The first is a submission to the European Commission and validation of the file, which requires 30 to 60 days. 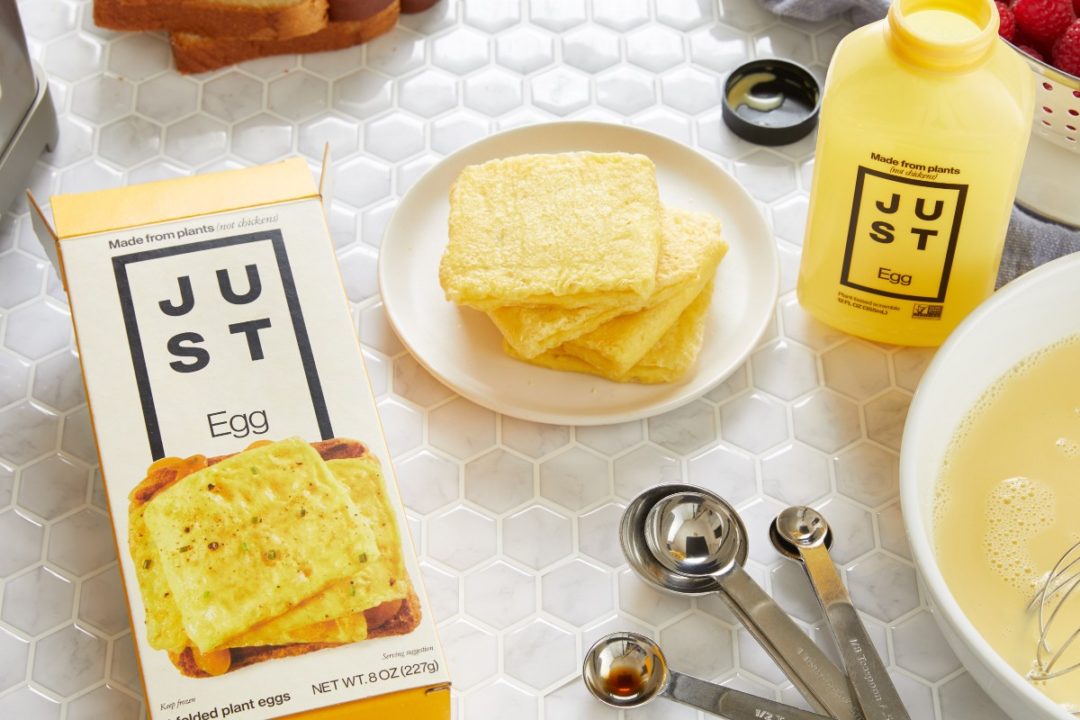 The plant-based egg category is the fastest growing plant-based category two years in row, climbing over 40% in 2021 (Credit: Eat Just).The second stage is a safety review by the EFSA. “This process is limited to nine months. Each time that EFSA asks questions the nine-month period extends until EFSA accepts the company's reply. Thus this phase can be significantly longer than 9 months,” details Noyes.

The third stage is a risk management assessment by the European Commission. “If EFSA provides a path to approval, the EC determines constraints to the approval which manage the product risk in the market. This phase is typically completed within seven months,” says Noyes.

A 2020 report by ProVeg International said stand-alone egg alternatives like JUST Egg represent a major market opportunity due to versatility, breadth of function and frequency of consumption.

In the US – the market with the most widely available plant-based eggs – the category grew rapidly in 2021 with a 42% increase in retail dollar sales, according to data from the Plant Based Foods Association, the Good Food Institute, and data tech company SPINS.

In the past three years, plant-based egg sales in the US have grown more than 1,000% and JUST Egg represents more than 99% of the market. Last October, Clara Foods rebranded as The Every Company, in a move coinciding with the launch of its “world’s first animal-free, nature-equivalent egg protein” – Every ClearEgg – using precision fermentation.

Innova Market Insights highlights that “aquafaba” – the viscous waste water found in canned chickpeas and other legumes – is increasingly being used as a suitable egg replacer in vegan recipes. It has similar properties to egg white, such as the functionality to be whisked in meringue recipes.

But there is also evidence that more companies are taking an interest beyond vegan egg solutions for use in cooking. Innova Market Insights highlights that launches of plant-based alternatives to other egg-based packaged products have noticeably gained traction.