You are in : All News > Clara Foods unveils world’s first animal-free egg protein, rebrands as The Every Company

06 Oct 2021 --- Clara Foods has rebranded as The Every Company, in a move coinciding with the launch of its “world’s first animal-free, nature-equivalent egg protein” – Every ClearEgg. The San Francisco, US-based food-tech company’s first egg protein offers a highly soluble, “nearly invisible” protein boost for use in food and beverage products.

“In launching Every ClearEgg, we have surpassed what is possible with plants and animals, to create a groundbreaking new protein that offers brands culinary functionality and versatility they’ve never seen before,” remarks Arturo Elizondo, CEO and founder of The Every Company.

Every’s first egg protein will be launching as a co-branded ingredient with its first retail customer later this year.

Taking the animal out of the equation
Using precision fermentation, The Every Company has created functional animal proteins without the animal, requiring a fraction of the earth’s resources compared to industrial animal agriculture. 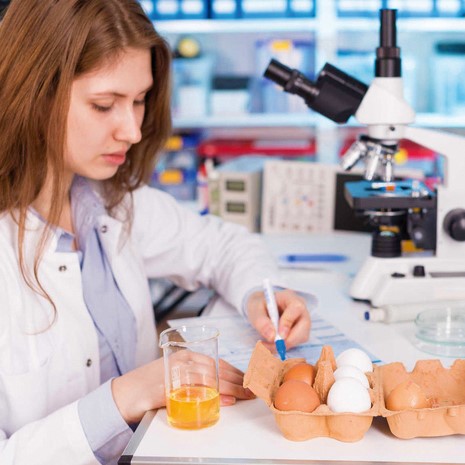 Demand for egg replacements continues to rise in line with growing concerns for the environment, health and animal welfare.Every ClearEgg is a highly soluble, versatile and functional egg white protein that helps brands meet common benchmarks of protein performance, such as optical clarity and a more neutral sensory profile.

In development for seven years, Every ClearEgg enables brands to add a nearly tasteless protein boost to hot and cold beverages, acidic juices, energy drinks, carbonated and clear beverages, as well as snacks and nutrition bars.

Proteins by Every will support label claims including kosher, halal and animal-free.

Disrupting conventional protein
Since its inception in 2014, The Every Company has trained its R&D efforts on developing real animal proteins without the use of a single animal, starting with animal-free pepsin.

Every-branded products will be sold globally by Ingredion. The Every Company has also partnered with BioBrew, a ZX Ventures backed venture, and the global investment and innovation group of AB InBev, to brew its animal-free protein using precision fermentation at scale.

“Its unique functionality is animal-free, which supports the growing needs of consumers who are looking for sustainable, healthy protein alternatives.”

In the future, Every will apply its precision fermentation technology platform to an expanded range of animal-free proteins for use in food service and consumer packaged goods applications.

And earlier this year, UK-based Moolec Science engineered animal-free ovum protein into wheat based on molecular farming, which is being explored as an egg replacement strategy specially designed for the bakery industry.