You are in : All News > ChickP shakes up condiments space: 90% protein isolate for plant-based mayonnaise and dressings

13 Jul 2021 --- Israel-based ChickP has unveiled its chickpea isolate as an all-purpose, nutrition-packed, egg alternative for eggs in mayonnaise.

The start-up has teamed up with food companies to formulate egg-free recipes, including a creamy mayonnaise substitute and salad dressings.

The resulting products have the flavor, appearance and functionality of counterparts with real egg while adding nutritional value. ChickP is commercializing two different chickpea-sourced isolates with specific organoleptic qualities.

“At ChickP, we took the chickpea and separated it into its most valuable compounds. We did it by ‘washing out’ all the ‘bad’ characteristics such as off-taste, color and low functionality.”

The isolate, which boasts 90 percent protein content, utilizes all the extractable components of chickpea, providing a robust and holistic nutritional boost.Commenting on why there is a growing demand for chickpea ingredients, Dana says: “Firstly, because it works and secondly, it rises above expectations.”

“It was always here, but not in the high purity people expected that we could provide. Consumers want to enjoy the protein without the additional starches or fats that come with the flour or concentrate,” he continues.

“They want a clean and pure ingredient. All of it increases the demands. The industry is looking for high functionality ingredients. Protein is no longer only a nutritional additive.”

Consumers want functional ingredients. “Chickpea is the perfect match,” underscores Dana. “Some plant proteins in the market don’t hold all these desired values.”

“Our isolate demonstrates superior foaming capabilities due to its high solubility and smooth texture and possesses minimal off-notes. This allows us to tailor recipes and produce a creamy product that is visually and organoleptically appealing, without the use of synthetic thickening, texturizing or masking agents.”

According to the company, the pilots were so successful that one formulation is now going into large-scale pilot production.

Food producers operating in the plant-based spaces also turn to the ChickP isolate as a highly functional clean-label emulsifier, allowing them to whip up vegan creams, sauces, and dressings as it hits key notes in sensory and flavor qualities.

The isolate, which boasts 90 percent protein content, utilizes all the extractable components of chickpea, providing a robust and holistic nutritional boost..

The solution can offer an alternative to modified starches, hydrocolloids, and stabilizers. The high protein content eliminates the need for adding ingredients that are less nutritionally relevant to the final product.

Plant-based ingredients in the market
Externally, ChickP sees strong growth in the demand for plant protein, specifically from companies that don’t want to use soy protein or are unhappy with pea protein.

Chickpea can provide the missing functionality that many vegan applications look for from dairy alternatives, egg and meat alternatives.

“Also, it plays as a binder, emulsifier and improves texture and shelf life in the bakery and pastry industry,” explains Dana. 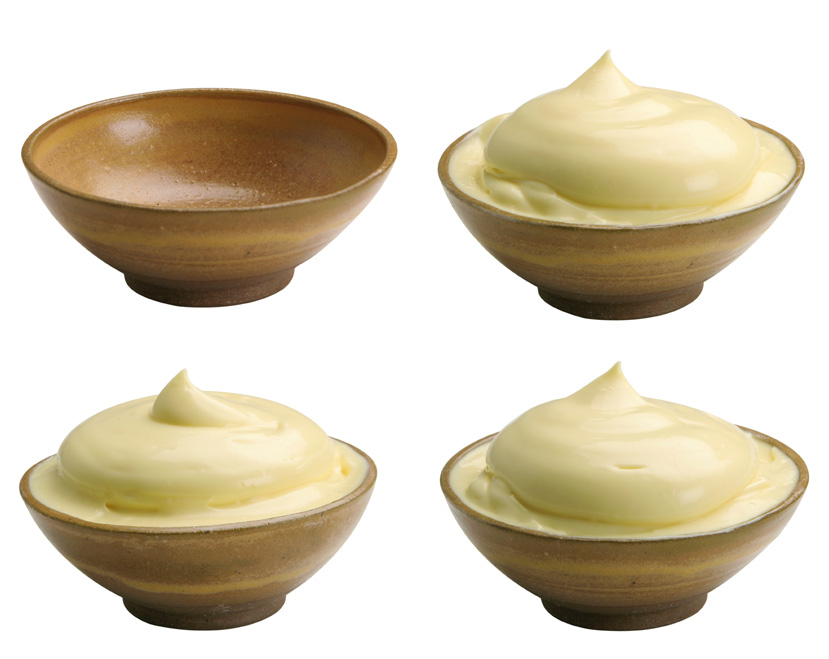 Following a revelation by vegan “foodie” Goose Wohlt in 2014, many have been fervently embracing the practice of using aquafaba to whip up creams for meringues, macaroons, mousses and savory delicacies as well as mayonnaise, creamy dressings and cheese substitutes.

“The discovery of the chickpea aquafaba effect has been a culinary gamechanger for many vegans,” adds Ron Klein, CEO of ChickP.

“The downside is that it still doesn’t present a viable egg substitute in nutritional terms, as it contains only a fraction of the protein of an egg. We took the aquafaba concept a leap further and derived that same desired effect from the body of the nutrient-dense chickpea isolate.”

While growing environmental awareness is driving a consumer shift toward adopting vegan and flexitarian diets, additional factors such as egg shortages, rising prices of eggs, salmonella risks, and various egg-related allergies are also making room for the egg replacement market.

In May, ChickP Protein expanded into Asia-Pacific with the launch of a new office in Singapore. The move was targeted at the growing demand for plant-based products in the region.

Meanwhile, in February, the company scaled up its chickpea isolate ingredient. Simultaneously, it expanded its global activities, sealing a joint market development agreement with Socius Ingredients in the US.