You are in : All News > Dairy cows likely to experience worse conditions than beef herds, researchers discover 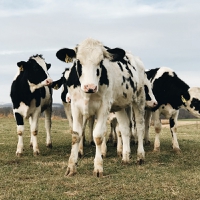 28 Sep 2022 --- Contrary to what many might assume, dairy cows and other dairy cattle are likely to experience worse welfare than their counterparts in beef herds, raised solely for meat.

“We hope our findings may encourage a more sustainable and responsible food consumption,” explains postdoc Roi Mandel Briefer at the University of Copenhagen (UCPH).

The researcher’s assessed and rated all main aspects of welfare related to the animals’ basic health and functioning, feelings and their ability to engage in natural behaviors.

Reflecting on why the results pointed to reduced welfare for animals in dairy systems, the scientists explain that dairy production involves a higher degree of intervention – because dairy cattle are used to provide milk for human consumption – whereas the beef cows produce milk only for their own calves.

Animal well-being
The results stem from a new international study headed by UCPH, where Roi Mandel Briefer from the Department of Veterinary and Animal Sciences collaborated with colleagues from Wageningen Livestock Research, Royal Veterinary College in London, University of Bristol and Humboldt-Universität in Berlin. 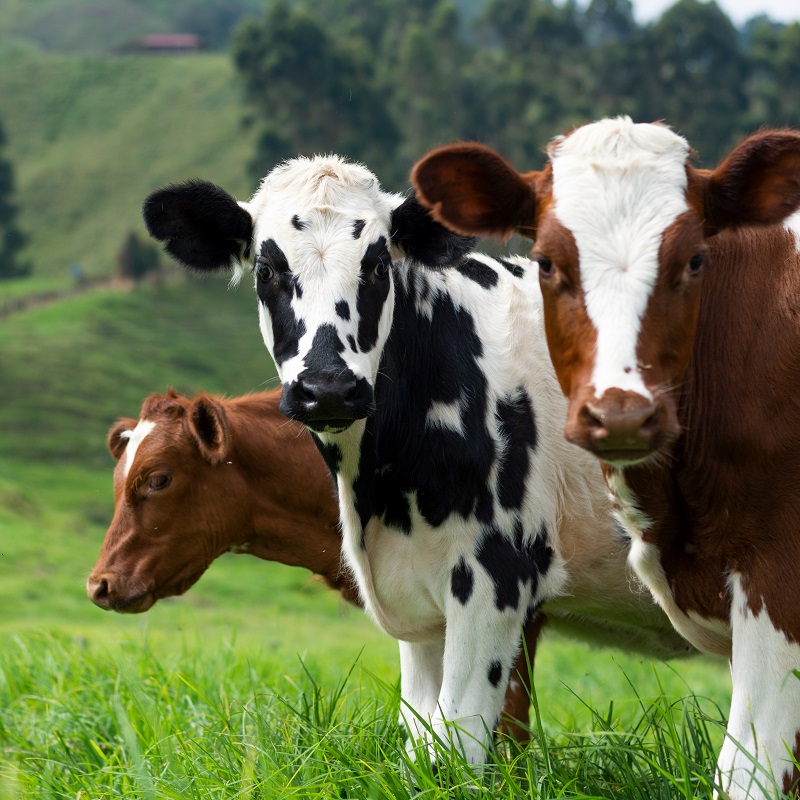 The higher welfare risk in the dairy sector is not limited to dairy cows – defined from first calving onwards – but also, to their calves.The researchers asked 70 leading bovine welfare experts from around the world to assess the welfare risks of the most common production systems in their country.

It is the first time that these predictions are being tested, validated and published.

The milk from dairy cows, produced in considerably higher volumes than in beef cows, is collected one to three times per day, often for 305 days or more per lactation. That has implications for how these animals and their calves are raised and managed.

Early separation of calves from their dams, a common practice in dairy herds, is one example.

The study also notes that long-term genetic selection for high milk yield in dairy cows is recognized as a major factor causing poor welfare. In particular, it results in health problems such as lameness, mastitis, reproductive disorders and metabolic disorders.

“Refining or simply eliminating, when possible, husbandry practices that have long been recognized as compromising the welfare of both cows and their calves, such as early separation of the calves from their dams, may help to minimize the welfare gap between the beef and the dairy sector,” highlights Briefer.

Young calves also at risk
The higher welfare risk in the dairy sector is not limited to dairy cows – defined from first calving onwards – but also, to their calves, notes Briefer.

A recent report warned that most food businesses are still too slow in delivering meaningful animal welfare impacts on the ground, despite four out of five companies pledging these actions.The toll of milk production
The researchers behind the study emphasize that the results do not necessarily mean that animals born in dairy herds are, at any given point of time and in every type of system, worse off than animals born in beef herds.

“However, when it comes to making food or policy decisions based on general expert welfare assessment, our findings may suggest a revision of the current image of the dairy sector compared to the beef sector,” concedes Briefer.

“Raising awareness about the fact that dairy production also produces meat and the toll of milk production on the welfare state of animals in the dairy industry, would hopefully encourage a more sustainable and responsible food consumption. Labeling the origin of the meat (beef/dairy herd) on food packaging, could be a first step in this process.”

These research findings are pertinent, as societies are gradually gaining conscience about the standards of animal welfare, particularly in a factory farming context. Yet progress has been slow in most cases.

The tenth annual Business Benchmark on Farm Animal Welfare report recently flagged that most food businesses are still “too slow in delivering meaningful impacts on the ground” when it comes to animal welfare – despite four out of five companies having animal welfare policies in place.

Earlier this week, 63% of Swiss voters decided to vote against a proposal that would have banned intensive animal farming and imports from countries where this practice implemented. When it was initially proposed, the referendum caused a slew of mixed reactions, with farmers slamming the potential move as devastating for their industry while animal welfare and plant-based proponents pushed for the groundbreaking legislation.

Last May, billionaire activist investor Carl Icahn – who entered a proxy fight with McDonald’s board to boost animal welfare standards for pregnant pigs confined in small crates – was defeated in a majority vote.