You are in : All News > Corporate concentration: Agri-food giants dominate global food chain more than ever, report warns

22 Sep 2022 --- Only a handful of companies dominate the growing agri-food industry, according to a study by the ETC Group. The research maps corporate power in Big Food, revealing that many agri-food sectors are now so “top heavy” they are controlled by just four to six dominant firms. This leaves room for companies to “wield enormous influence over markets, agricultural research and policy-development, which undermines food sovereignty.”

Branding this an “oligopolistic control of the market”, the report says dominant companies have the opportunity to maintain a grip on market prices and alter natural market dynamics.

The study delves into how F&B processing and grocery retail sectors are engaging into crisis profiteering, digitalization and power shifting.“Economists typically consider a four-firm concentration ratio of 40% or higher reflective of a sector that operates as an oligopoly. Many of the sectors we monitor are already above that 40% threshold; others are on the verge of passing it,” highlights the study.

Agrochemicals and seeds
Over the past 40 years, the study underscores that the largest agrochemical firms have used intellectual property laws, mergers and new technologies to take control of the seed sector.

Through the macro merge of SinoChem and ChemChina under the umbrella of the state-owned Syngenta group, now only two businesses control 40% of the global seed market, compared to ten 25 years ago. Syngenta also controls a quarter of the world’s market of agricultural chemicals.

According to the study, with the commercialization of molecular biotechnologies since the 1990s, tee seed and agrochemical businesses are “inextricably linked.” With big data expanding this bond.

However, some key ingredients are held by few actors, with the world being dependent on their good faith to engage in negotiations, as “geopolitics can play a significant role in trade.”

Morocco controls 72% of the global phosphate reserves – some of which are in the disputed territory of Western Sahara. Moreover, just four countries produce 80% of the world's traded potash – Canada, Russia, Belarus, and China.

With Russian and Belarus being aggressors in the Ukraine war, fertilizer prices have more than doubled this year, according to a UN report. Due to the war, the US imposed 132.6% duties on Russian fertilizer until the US International Trade Commission rejected those duties.

Livestock genetics
With just three companies controlling the “vast majority” of poultry genetics, the study affirms that it is the most concentrated sector in the industrial food chain.

“Before the turn of this century, China was home to more pig diversity than any other country (with 72 breeds). By 2005, more than two-thirds of China’s pigs (74%) were raised in industrial systems that rely on just one hybrid breed,” reads the study.

“The widespread adoption of industrial livestock genetics is the primary driver of the loss of farm animal genetic diversity worldwide,” the paper highlights. 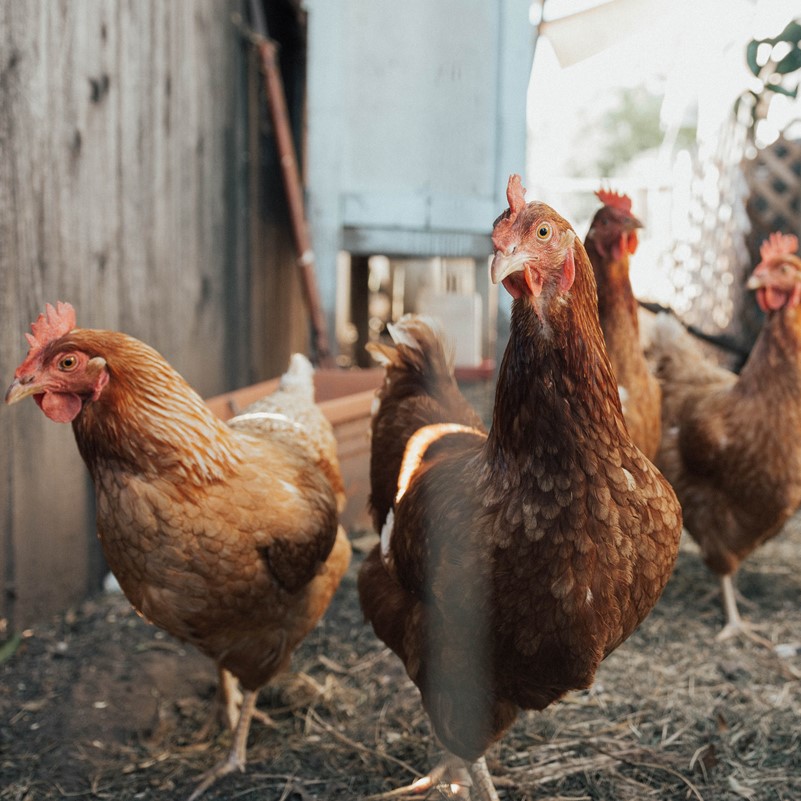 With just three companies controlling the “vast majority” of poultry genetics, the study affirms that it is the most concentrated sector in the industrial food chain.
US-based Deere, CNH and AGCO control 90% of the high-horsepower tractor sales. Even more dominant in India, Mahindra & Mahindra owns 40% of the country’s farm equipment market.

With digitalization growing, the study flags how machinery companies are trying to sell new technologies (big data, precision agriculture, etc.) as the key to productivity.

For the big meat sector, no claims of oligopoly are being made.

Meanwhile, the US government is cracking down on US meat giants to get away from the country’s current system whereby a handful of producers dominate the industry, raise prices, squeeze out farmers and control opportunities.

F&B processing, grocery
The authors warn that F&B processing is actively investing in tech to mine customer data to nudge sales and that this sector is particularly prone to large mergers.

“The pandemic hasn’t diminished the F&B sector’s appetite for mergers and acquisitions. 2020 saw a 36% increase in the number of these M&A deals – totaling US$110 billion.”

In the grocery category, supermarkets and neighborhood stores still dominate sales. However, in the future, e-commerce giants might expand their dominance.

After Amazon moved to acquire Whole Foods Market in 2017, big tech is moving to capture the grocery and e-grocery markets. During the pandemic Chinese business Alibaba bought 72% of Sun Art (a supermarket chain), Meta (Facebook) invested US$5.7 billion in Jio platforms for grocery e-commerce and Tata Group acquired 64.3% of BigBasket (an e-grocery player), among some examples.

Symrise is working with Wageningen University & Research (WUR) and other key industry players in a four-year research project to examine the factors that influence... Read More