You are in : All News > Amazon to Acquire Whole Foods Market for $13.7 Billion 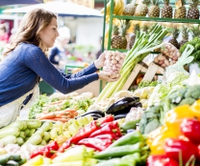 “Millions of people love Whole Foods Market because they offer the best natural and organic foods, and they make it fun to eat healthy,” said Jeff Bezos, Amazon founder and CEO. “Whole Foods Market has been satisfying, delighting and nourishing customers for nearly four decades – they’re doing an amazing job and we want that to continue.”

“This partnership presents an opportunity to maximize value for Whole Foods Market’s shareholders, while at the same time extending our mission and bringing the highest quality, experience, convenience and innovation to our customers,” said John Mackey, Whole Foods Market co-founder and CEO.

Completion of the transaction is subject to approval by Whole Foods Market's shareholders, regulatory approvals and other customary closing conditions. The parties expect to close the transaction during the second half of 2017.

The move comes after activist investor Jana Partners took a 8% stake in Whole Foods in April and pushed the company to look into strategic changes including a sale.

In October 2016, reports surfaced that Amazon was planning to build its own grocery stores and has built other physical retail locations for books.

Amazon has recently begun experimenting with bookstores and a small grocery, but this is by far its most ambitious move into physical retail. The Seattle-based company was recently granted a patent for technology that would block shoppers from comparing prices from their mobile devices while they’re in stores.

In Whole Foods, it is acquiring a company that has recently come under pressure from investors for its lagging performance. Whole Foods whose fleet of stores now numbers more than 430 locations has found it difficult to attract more mainstream consumers as Walmart and other large chains have stepped up their sales of natural and organic products.

Fears are mounting that  the war in Ukraine could push the global soybean market steadily back into environmental and human rights violations after decades of... Read More

Amazon founder and second richest person in the world Jeff Bezos is addressing food players’ role in slowing the warming of the planet at the ongoing COP26. At the... Read More