You are in : All News > Converting cocoa shells into green energy: Barry Callebaut utilizes agricultural “left-overs” to create valuable biochar 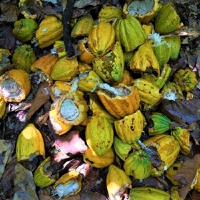 27 Nov 2020 --- Barry Callebaut has started a new eco initiative to upcycle its cocoa shells into biochar, which looks similar to charcoal, supplies green energy, and reduces carbon emissions at the chocolate and cocoa giants’ operations.

This is an “industry-first project” that sees the transformation of cocoa by-products into biochar – dubbed “agriculture’s black gold.”

It comes as the concept of upcycling byproducts to be used as either food ingredients or as bioenergy is emerging as sustainability efforts evolve. Forward-thinking companies are driving green energy strategies throughout their supply chains. 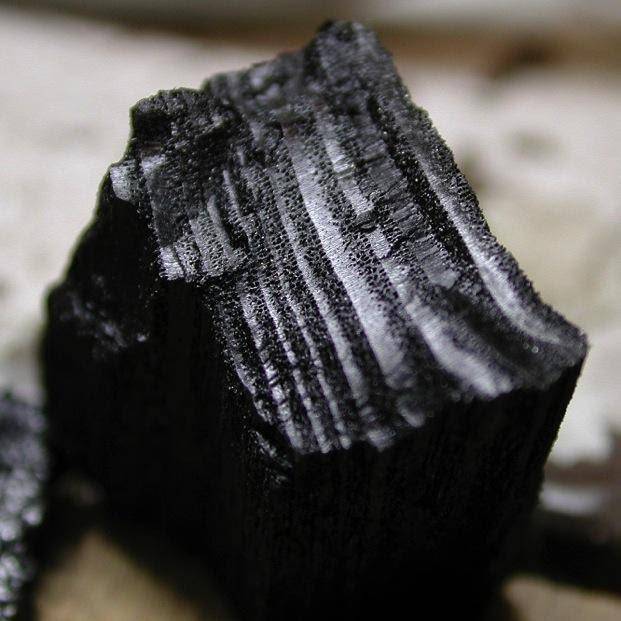 Biochar is dubbed “agriculture’s black gold” and can be used to produce green energy. Image provided by Circular Carbon. In Barry Callebaut’s case, it comes just ahead of the chocolate and cocoa giant’s fourth Forever Chocolate Report, due to be published next week (December 3), which will detail the company’s progress toward its 2025 targets.

The company’s Forever Chocolate strategy is all about making sustainable chocolate the norm by 2025. It involved finding bold new ways of doing business and bringing partners together to make it happen.

The initiative has been two years in the making, and now Barry Callebaut has ramped up the infrastructure to commence producing biochar in one of its European factories.

The energy being released by the very efficient pyrolysis process of turning cocoa shells into biochar will be re-used for steam production, thus creating green energy. This energy will be used to help power facilities.

Mitigating climate change
“Biochar looks very similar to charcoal and is produced by pyrolysis. In simple terms, this means that biomass, such as agricultural or forest biomass waste, is heated to a very high temperature without oxygen to produce energy and biochar,” explains Geza Toth, global forest and carbon program lead and Neelke Verhelst, global sustainability operations lead.

“What is very interesting about biochar is that it can help to mitigate climate change. It can be used to produce energy, permanently store carbon, improve soil quality and reduce waste,” he says.

“Using our cocoa shells to produce biochar, will help us with achieving our Forever Chocolate target of becoming carbon positive by 2025. Ultimately, we want to benefit the climate by creating carbon circularity.”

Barry Callebaut can use the cocoa shells to create green energy in its factories, as a fertilizer enhancer in soil, and as a carbon sink.

“A simple example of a carbon sink is that while trees can ‘temporarily remove’ carbon from the atmosphere, biochar applied to soil can capture carbon and store it for hundreds of years, thus creating a permanent carbon sink,” Toth details.

Neelke Verhelst, globalsSustainability operations lead at Barry Callebaut, explains that at the beginning, the idea of producing biochar was quite conceptual.

“However, one of the great benefits of Barry Callebaut is the innovative culture and encouragement to think outside-of-the-box to find creative solutions. We also partnered with Circular Carbon, who provided us with the technical expertise to translate the idea of producing biochar into practical reality.”

Circular Carbon works with corporate leaders and experts who advocate mitigation of climate change as a business opportunity.

This circular economy concept is seeing more brands and companies proactively implementing sustainability at the core of business.

“Biochar has a remarkable ability to act like a sponge, so if you mix fertilizer with Biochar, it enables the fertilizer to be very slow releasing,” explains Verhelst.

“At farm level, instead of using cocoa shells, which will be used at processing level to create green energy, we are looking at creating Biochar from agricultural residues, like empty cocoa pod husks, pruning material and other residues,” she continues.

“The ultimate goal is to keep biomass on the farm and enhance living soils. By combining the use of biochar with compost, for example, we also reduce methane emissions from the decomposition of farm waste.”

Utilizing agricultural ‘left-overs’ to create valuable biochar is a real circular economy business case, which benefits both cocoa farmers and business.To put this into perspective, Verhelst details that the carbon released into the atmosphere from dead plant material and decomposing biomass, globally, is about ten times more than carbon released by fossil fuel burning.

“So you can see, there is a very good reason to consider how we can utilize agricultural ‘left-overs’ to create valuable biochar. A real circular economy business case, which benefits both cocoa farmers and business,” she says.

Barry Callebaut is collaborating with the Ithaka Institute and currently trialing the use of biochar in the field to evaluate the impacts of improved soil quality.

Upcycling on the rise
The upcycled food movement is growing more prominent as brands come under intense scrutiny on their environmental and ethical credentials. Transforming waste streams into value-added, premium ingredients is on the rise, and there is an increasing number of projects within the F&B industry.

In fact, just last month Barry Callebaut unveiled its newly-created industry category with its Cabosse Naturals brand that utilizes parts of the cacao fruit that have historically been discarded.

CP Kelco’s clean label Nutrava Citrus Fiber is sourced from intact citrus peels, a byproduct of the juicing industry, while Renewal Mill specializes in “oat okara” – a nutritious flour made from the oat pulp leftover when oat milk is made.

In March, a study from the University of Bari Aldo Moro, Italy, discovered that bread waste destined for dumpsters could be used as a medium for cultivating microbial starters for the food industry. Repurposing the discarded dough from bread production can feed the microorganisms needed to set up fermentation in food industries such as bakeries, dairy and wine-making.

Innova Market Insights’ research indicated that 85 percent of, on average, US and UK consumers expected companies to invest in sustainability in 2019, up from 64 percent in 2018. In the area of food waste, upcycling is the new recycling, as companies strive to follow a zero-waste approach by creating value from by-products.