You are in : All News > “Casein without the cow”: Eden Brew’s precision fermentation milk to launch in Australia

“Casein without the cow”: Eden Brew’s precision fermentation milk to launch in Australia 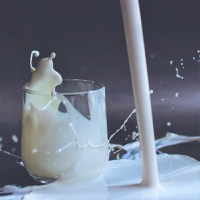 03 Aug 2021 --- Using precision fermentation for “brewing milk,” Eden Brew specializes in cultivating animal-free dairy in collaboration with Australia’s oldest dairy cooperative, Norco. The start-up is gearing up to introduce its “casein without the cow” to Australian consumers, with a further rollout to Southeast Asia in the pipeline.

Speaking to FoodIngredientsFirst, executives of the company detail the start-up’s future directions along its commercial pathway. “We expect to be launching our first product in 18 months,” says Dr. Geoff Dumsday, team leader for industrial biotechnology at CSIRO.

“We are currently in the process development phase and are investigating a number of manufacturing arrangements; our final production volume will depend on what we decide to move forward with.” 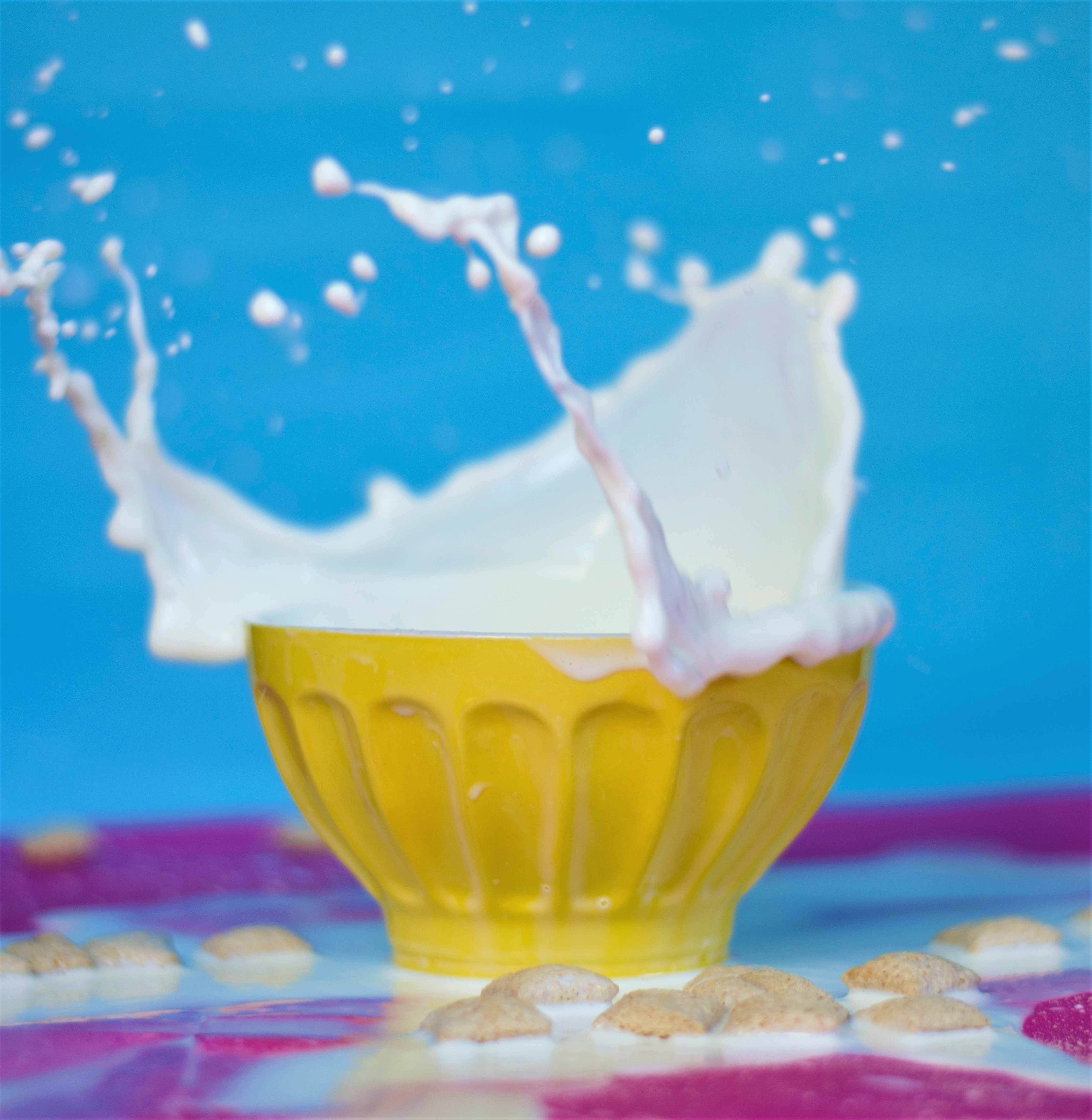 Eden Brew has pioneered a way of creating casein micelles without the cow.Targeting Australia and Southeast Asia
Fermentation has been used for millennia in food processes. Today it is used to cultivate natural ingredient solutions ranging from fermented soy for preventing heartburn to heat-stable probiotics in tea, in addition to amino acid-rich yeast proteins.

“We believe consumers are aware of the nutritional value of fermented foods,” says Dr. Dumsday. “Products derived from precision fermentation are new to the market but are completely customizable which offer multiple opportunities to establish products in a range of markets and meet the nutritional requirements of consumers.”

Precision fermentation uses the metabolism of microorganisms to program microbes to act as “cell factories” for specific compounds of interest.

“Product yield is crucial for commercial viability and developing formulations and products that have properties and performance that are in line with consumer expectations,” says Dr. Dumsday.

“These are potentially new products, working closely with regulators in various jurisdictions to ensure alignment with their expectations is important. There is precedence for regulation of similar precision fermentation products, for example in the US.”

Eden Brew was formed under Main Sequence’s venture science model, which starts by identifying a global challenge, and pools talent from the science and industrial communities to solve it.

The company is backed by AU$4 million (US$3 million) in funding, technology and industry expertise from Main Sequence, Norco and CSIRO.

Casein without the cow
Each glass of cow’s milk has an ideal mix of proteins and nutrients to nourish our bodies, highlights Eden Brew’s co-founder and CEO, Jim Fader. Dairy made through precision fermentation has the same building blocks of cow’s milk, he notes. “It’s just made in a different oven.”

Eden Brew prototype. (Credit: Eden Brew)Most of the protein in cow’s milk forms into tiny cages called micelles. These cages are loaded with calcium designed to deliver nutrients to growing babies and they give milk its unique characteristics, including its white color.

Eden Brew has pioneered a way of creating casein micelles without the cow. The result will be animal-free dairy with a frothing, creamy and milky taste. “It will have all of the good stuff, without the cow. No lactose, no cholesterol and low allergenicity,” the start-up outlines.

“There is huge potential to expand into other products, as we can formulate the products however we want, we can develop other dairy equivalents such as cheese, yogurt, etc. and can tailor our products to suit specific customer needs,” comments Dr. Dumsday.

A similar process of cultivating animal-free casein using precision fermentation has been piloted by Nobell Foods, which recently netted US$75 million in series B funding. Using a patented technique, the vegan cheese maker produces key dairy proteins, including casein, from high-quality soybeans.

Belgium-based Those Vegan Cowboys, founded by the former owners of The Vegetarian Butcher, also specializes in a cow-free process of producing casein using a microbial fermentation method.

Variety instead of competition
Sustainable food supply is a defining issue of the 21st century. According to the World Resources Institute, there is a 56 percent food gap between what we make today and what we will need by 2050. “The national milk production pool is continuing to drop due to the ongoing effects of droughts and high input costs,” adds Fader.

In recent years, there has been an emergence of alternative protein companies creating sustainable methods to produce conventional animal-based protein in order to feed a growing population. 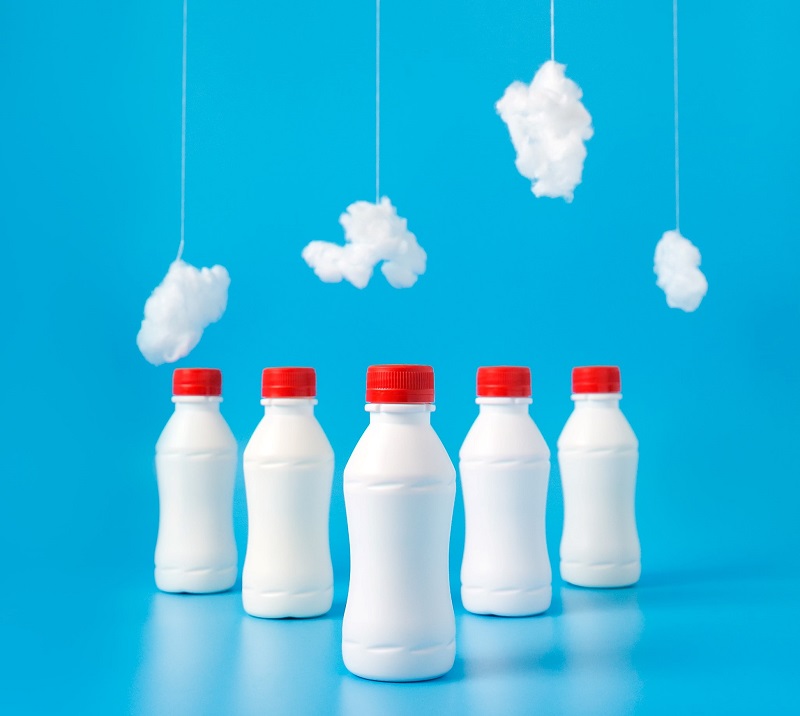 In Australia, the national milk production pool is continuing to drop due to the ongoing effects of droughts and high input costs.The alternative protein market in Australia is growing at around 8 percent each year, according to CSIRO chief executive Dr. Larry Marshall. “Working hand-in-hand with Australia’s oldest dairy co-operative means Eden Brew can innovate at scale to offer a further choice to consumers rather than competing against traditional dairy products,” he remarks.

Spanish dairy specialist Pascual recently launched what is tipped as the first global incubation program for cellular agriculture technologies in the dairy industry. The program, Mylkcubator, is run by the group’s new Corporate Venture unit, Pascual Innoventures, which has been set up to support start-ups disrupting the milk value chain.

Research published in the Journal of Cell Host & Microbe is furthering interest in human breast milk and its therapeutic applications for the gut microbiome. Opening... Read More

Research by Morinaga Milk has unveiled the order in which Bifidobacterium species reach an infant’s gut has an impact on the way human milk oligosaccharides (HMOs)... Read More

In its newly released half-year results for 2022, dairy giant FrieslandCampina’s Food & Beverage business group performance benefitted from the recovery of the... Read More