You are in : All News > Carnivores targeted in blind tasting Alt-Meat test as Redefine Meat unveils Israeli restaurant distribution deal 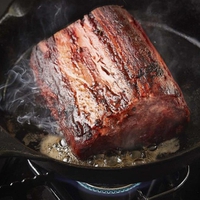 21 Jan 2021 --- Redefine Meat has formed a partnership with Best Meister, an Israeli meat distributor, who will distribute the company’s plant-based Alt-Meat products commercially to Israeli restaurants and high-end butchers in the first half of 2021.

The Israeli Alt-Meat innovator has also revealed the results of the largest-scale public blind-tasting of Alt-Meat products targeting meat-eaters. Conducted with, the companies launched a food truck concept named “There’s a new meat in town.”

Targeting carnivores
They set up a carnivore-branded food truck in a small suburb of Tel-Aviv, in Kidron, Israel, targeting up to 200 tastings in two days. 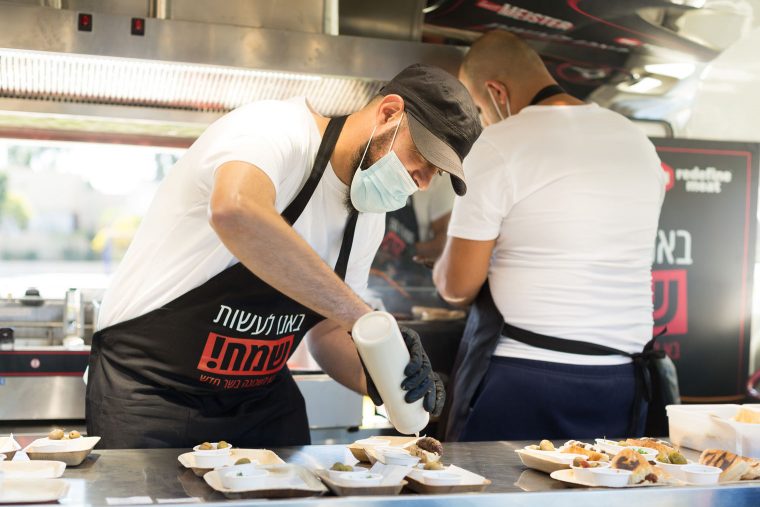 Redefine Meat has revealed its partnership with Best Meister to commercialize its products in Israel in H1/21.

The meat was served with little to no condiments or extras – focusing consumer senses entirely on the Alt-Meat’s appearance, flavor and texture.

Upon the revelation that the meat products were plant-based, consumer feedback showed that the Alt-Meat products were comparable to animal meat on key metrics such as taste, texture and mouthfeel – with an over 90 percent acceptance rate.

“Seeing keen meat-eaters enjoying the meat on offer and even coming back for seconds filled us with confidence that we have successfully created a meat product that is well-loved by those who maybe wouldn’t think to pick up alternative meat,” Eshchar Ben-Shitrit, CEO and co-founder of Redefine Meat, tells FoodIngredientsFirst.

As good as the real thing
According to Ben-Shitrit, Alt-Meat should taste as good as animal meat.

“We have achieved that with every product we have put to the test, transitioning the Alt-Meat conversation from health and sustainability and the view that ‘this is really close’ to ‘wow, this meat is super delicious.’ The incredible results of the food truck exemplify this,” he explains.

“Initially, we only expected 100 visitors a day, as the event was held in a small village due to COVID-19 restrictions. But through word of mouth, we ended up receiving over 600 customers in one day. What this has shown is that meat lovers can enjoy our alternative meat because it tastes and feels like meat – not solely because it is better for the environment or animals,” Ben-Shitrit notes.

Alt-Meat was important before COVID-19, and the importance remains the same, he flags.

“Ultimately, the pandemic could lead to a new set of priorities and hopefully will upgrade the status of working to eliminate animal factory farming, excessive polluting of air, land and water, and the systematic suffering and killing of many billions of animals for meat,” Ben-Shitrit comments.

Bringing Alt-Meat products to the masses in Israel
The pilot tests’ success marks a historic moment for Redefine Meat, playing a pivotal role in the formation of a strategic partnership with Best Meister. 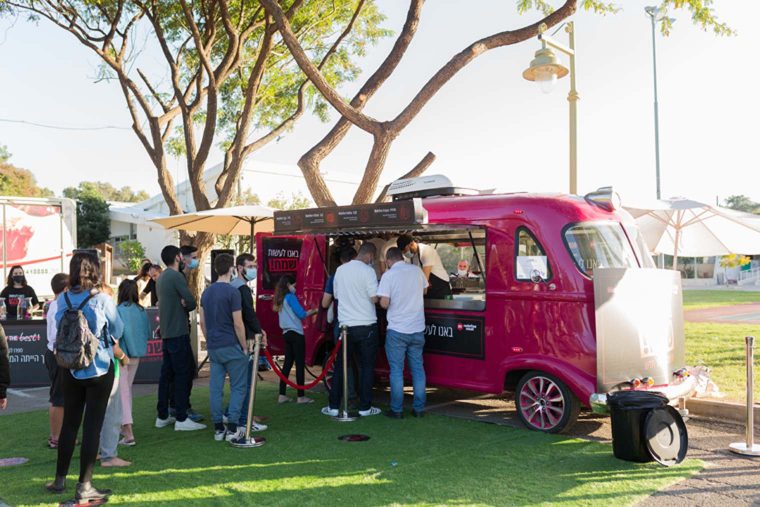 “We’ve been excited by Redefine Meat’s unique alternative meat offering for a while, but the food truck event cemented it for us. The consumer feedback has been overwhelmingly positive. Redefine Meat’s technology will also provide us the scale to create a wide variety of quality meat cuts for our customers on-demand from one single source,” comments Ori Zaguri, Best Meister CEO.

“We believe the mass meat-eater market is ready for alternative meat of this quality, and we are excited to be the first to deliver it to them,” he states.

Ben-Shitrit adds: “We have spent almost three years perfecting our products to ensure meat lovers never have to compromise on the experience they enjoy and love. Today, we take one step closer to making that a commercial reality.”

Israel has a culture of innovation in areas where deep technology is needed. “The high-tech scene in Israel, fueled by the nation’s culture, embraces challenges and risk. Just like other important and innovative spaces (stem-cell research, autonomous vehicles, AI and others), Israel has one of the highest per capita number of innovators. Also, from a culinary perspective, Israel is very diverse, experimental and has a very high percentage of vegans and vegetarians,” he explains.

In July 2019, Redefine Meat unveiled the world’s first Alt-Steak products using industrial digital manufacturing of plant-based ingredients. Created using the company’s novel and patented technology, Redefine Meat products have the texture, flavor and appearance of beef and are produced in the volume and cost required for large-scale commercial markets.

In July 2020, Givaudan revealed its partnership with Redefine Meat. The move was touted as the latest step in accelerating its reach in plant proteins.

Consumer desire to raise and uplift sensory experiences through food and drink will propel impactful innovations in the year ahead, according to Flavorchem, a global... Read More