You are in : All News > Blockchain potential: “Food bundle” approach will be the way forward in B2C use, says start-up innovator

Blockchain potential: “Food bundle” approach will be the way forward in B2C use, says start-up innovator 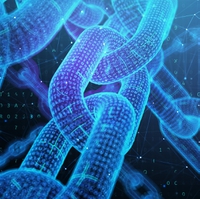 25 Apr 2019 --- Blockchain technology may struggle to evolve from being primarily a B2B supply chain tool to truly entering the B2C space, where the risk of overwhelming consumers with data is large. “The notion of where something came from is a good start, but at some stage that will dry up for the consumer, as it will be too much work for them to do,” says Raja Ramachandran, Co-Founder of ripe.io, a San Francisco based start-up in the blockchain space, specializing in food.

In a detailed interview with FoodIngredientsFirst, Ramachandran notes that while consumers do want to know more about the origins of the food they are consuming, at some point the wealth of data will just become overwhelming. “If QR codes are being looked at from a whole raft of companies, you are just going to be overwhelmed. That part of it has limited potential,” he points out.

For Ramachandran, blockchain will have some novelty use for consumers, but in the future, a better strategy for companies may be to “food bundle,” so that information is readily available for those requiring it, e.g., those with peanut allergies. “In the future, where blockchain goes is that all of the data collected will become part of the consumer’s personalized profile for food. We are prepared for that as we digitize the entire data and lifecycle of the food supply chain into a digital object, we can ‘food bundle’,” he notes.

Raja Ramachandran, co-founder of ripe.ioThis strategy will create a complete digital twin of all the data, activity and the underlying live conditions, all related to the end product. That can be transported to other companies, so it can fulfill personalization goals. “So, for example, if I have a profile on Amazon or Facebook or a third-party app, I will have requirements for my kids who may have peanut allergies,” Ramachandran explains. “So what happens is that if the consumer is actively looking for something, the information will fulfill their personalized needs and ultimately allow them to act upon food in a more natural way,” he adds.

Few technologies have generated more column inches of coverage and hype in the last two years than blockchain, but so far the jury is still out on just how applicable it will be to industry. Earlier this month, FoodIngredientsFirst reported on how Nestlé and Carrefour have partnered on giving consumers the ability to access information from the first blockchain on a national brand in Europe.

All food businesses are exposed to supply chain threats and vulnerabilities, which, if not prevented or adequately responded to, may result in illness and death, as well as in economic and reputational damage to individual companies, and indeed the wider food industry. Blockchain is touted as part of the solution, with Walmart being the most high profile retailer to make a move in this area, by demanding that suppliers of lettuce and spinach adopt the system in the coming months.

ripe.io is currently running pilots with around eight food operators, including Sweetgreen [a traceability minded grower] and major bodies such as the Dairy Farmers of America and the National Pork Board. The privately held company, which was named by Forbes as one of the “25 Most Innovative AgTech Startups” in 2017, is seed funded by Maersk Ventures and Relish Works, who were part of a US$2.4 million Seed Round in 2018. It consists of a team of food quality enthusiasts, with deep experience in blockchain technology enablement, data analytics, food science and agriculture innovation.

Co-founders Raja Ramachandran and Phil Harris spent their entire careers in finance. Each was involved in blockchain during its nascent years and developed a passion for the technology and were inspired by the way it was transforming industries. Both saw an untapped opportunity in food, an industry they believed could benefit greatly from blockchain, helping to address issues such as a true picture of food quality and sustainability but also tackle issues such as food safety and food fraud. In 2017, the pair teamed up to start ripe.io in order to bring their vision of “creating radical transparency and transformation to our food system through blockchain to life.”

Ramachandran notes that in a way, the partners stumbled into food. “We were introduced to an innovative sensor group at Analog that captured factors like live air temperature, humidity and light,” he notes. “They applied that to tomatoes which became the “Internet of Tomatoes Project,” where they are partnering with New England tomato farmers to deploy and test this technology to help them harvest tastier, more abundant and more sustainably grown tomatoes than ever before.” Through them, the partners learned a lot about the supply chain of food, particularly when it comes to fresh produce. As a result, the criteria existed of when blockchain would make sense, versus a centralized database.

A sensor at La Joie Farm in Maine, used to capture soil data for inclusion on a ripe.io blockchain.“Given the highly decentralized silo workflows and the nature of farm to fork, as a beginning point, it was so distributed that you didn’t have real intelligence about the efficiency or transparency of your supply chain,” says Ramachandran. “You didn’t have a solid sense of ‘am I going to get what I paid for.’ And also for the supplier if curated it in a certain way, ‘shouldn’t I get paid more or have better channels for opportunities?’,” he adds.

This background put them on the path to food, ultimately resulting in a first pilot with Sweetgreen. Through that, ripe.io could engineer to capture all the data points and different activities from seed to consumption. “In that sense, we found that the entire food supply chain, whether processed foods, proteins (e.g., beef and pork, etc.), fresh ingredients and even grains to some extent, all share the same problem of silo information, ingredients not having great visibility, a low level of trust,” he notes. “It felt that by joining all of that together, you have a great opportunity to create transparency and answer the big call from consumers: ‘Tell me more about my food’,” he adds.

Ripe.io took an approach from their background in financials to be a 360-degree provider of blockchain for food, rather than focusing on a particular produce type. “So we have a product library consisting of a list of attributes around a particular product. We have 16 today [see figure] and our perspective we have been fortunate to have some large industry players where we can concentrate on the technology as an operator and get adoption in just dairy alone, for example,” he says. In this way, the company can provide value to the entire ecosystem of the supply chain whether it be the farmer/producer, distributor and retail channel and consumer.

ripe.io market and customer segmentation.All of ripe.io’s current business activity is US-based, with targets in place to grow the subscription business, access the content and be able to go ahead and create certified records. The company’s first foray internationally will be Australia. “We were part of a Spark Accelerator project last year and that is turning into a project around beef tracking and value assessment,” Ramachandran notes. “While the US is our focus, activities in Australia and Asia-Pacific could be areas for us to pursue. In Europe, there are a few blockchain systems in operation, including providence.org. So there are opportunities there too,” he adds.

For Ramachandran, there are several challenges facing blockchain in its adoption in food across the chain, most notably its novelty. “Blockchain in itself is a very new technology that most people still don’t understand. That is why I think Walmart [in the case of leafy green vegetables] said: ‘why not mandate it so that people will act,’” he notes. “For the small to midsize farmers that we work with quite a lot, the biggest challenge is a technological one in being able to upload data from often remote locations,” he points out. But on the other hand, they are the ones who he believes are most open to it too. “If they see value in the information flow upstream, it is useful for them,” Ramachandran adds.

Right now, everyone wants a business case to see what the ROI of blockchain implementation is. For example, a dairy supplier may ask: “if I show my sustainability data will I sell more milk?” In the case of a recall, a supplier may ask: “how fast was the recall and does the CDC (Centers for Disease Control & Prevention) know?” If it is at a farming level: “could the implementation help to reduce composting in the field and reuse some of the excess vegetables as an ingredient?” Ramachandran admits that end outcome data is lacking right now. “I expect that within the next year or two we will begin to see more business cases becoming more available for the public,” he concludes.

A podcast interview with Raja Ramachandran can be found here.

Following a bid to sell its assets to Dairy Farmers of America (DFA) earlier this month, Dean Foods is now floating the idea of an alternative merger of its business... Read More

Dairy demand has been dwindling for some time, in part due to a consumption shift toward plant-based alternatives – and now, as the coronavirus threatens an... Read More

Dean Foods and some of its subsidiaries have entered into an asset purchase agreement with Dairy Farmers of America (DFA) through which DFA will acquire a substantial... Read More