You are in : All News > Bitter yields: 2018 European drought impacts leading sugar producers 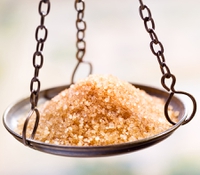 18 Jan 2019 --- The weaker sugar harvest of 2018, caused by drought in northern Europe, is weighing in on the market environment with the continent’s largest sugar producers reporting significant losses in the segment. The dip in revenues comes as the sugar sector is analyzing how to mitigate the effects of climate change with the threat of extreme weather events posing a risk to crops.

Three of Europe’s leading sugar producers have all experienced losses in the sugar segment, citing last summer’s drought as a major contributing factor. As the onset of climate change continues, there are growing concerns that the type of extreme weather events that characterized the 2018/19 sugar campaign could happen again. Last year’s unusually hot summer does raise concerns that these types of events will become much more regular and require agricultural innovation in order to cope.

Germany-headquartered Südzucker AG is among the companies recently reporting losses in the sugar segment. Südzucker reports a dip in sugar revenues and anticipates “a sharp decline in revenues” for the sugar segment for the 2018/19 full-year forecast. And it’s a similar story for Südzucker’s competitor, Nordzucker, which reports a disappointing end of its 2018/19 sugar campaign after an extremely dry summer with below-average beet and sugar yields.

The sugar and CropEnergies segments’ revenues fell clearly, whereby the special products segments rose substantially and the fruit segment’s revenues were approximately the same as last year, according to the company.

As expected, the consolidated group operating result fell significantly to €116 million (US$132 million), while the previous year was €384 million (US$437 million). The decline was driven mainly by the sugar segment losses as of the third-quarter, notes Südzucker.

The sugar segment’s revenues fell to €2.060 billion, compared with €2.349 billion in the previous year, because of significantly lower sales revenues. Even though export volumes in the third-quarter were lower than last year due to a reduced harvest caused by drought,the overall volume was still significantly higher than last year throughout the entire reporting period. However, this could not offset the decline in sales revenues.

Last summer saw dry spells and unusually high temperatures impact several European countries which, in turn, affected yields of multiple crops. The drought in many regions of the EU and Eastern Europe caused significant damage to wheat, maize and barley crops and sugar was also impacted.

Dutch potato starch manufacturer Avebe experienced a substantially lower than usual harvest during the season as drought and high temperatures battered potato yields all over Europe which will lead to a decline in the availability of potato products. European wheat yields also took a significant hit as crops were seriously affected by drought which led to lower than usual volumes. According to a market review of the wheat crop from Limagrain Céréales Ingrédients (LCI) in September 2018, the quality of wheat was also impacted.

Drought’s impact on sugar
“Last year, sales revenues rose in the first half of the fiscal year, but they dropped significantly since October 2017. As expected, sales revenues dropped again in October 2018. The weaker harvest for 2018 has also weighed on results growth since the third quarter. The operating result for the first nine months of fiscal 2018/19, therefore, fell to €83 million (previous year: €150 million),” says Südzucker.

The severe summer drought in most of Südzucker Group’s cultivation regions is reflected in below-average beet yields. However, the expected sugar content is above the average of recent years. Because of smaller harvests overall, the average processing campaign duration of 113 (during the previous year this was 133 days), will be shorter than last year. The last factories will complete processing at the beginning of February.

Confirming the full-year 2018/19 forecast, Südzucker says that the consolidated group operating result is expected within a range of €25 million (US$28.4 million) to €125 million (US$142 million) – again it says “the decline in results will be largely attributable to the expected losses in the sugar segment.”

“The weather was very warm last summer. This has had an impact on the yield of the beet sugar and from this respect production has been lower than the year before,” Guillaume Planque, Head of Product Management – Sugar & Sweetening Solutions, Tereos, tells FoodIngredientsFirst. “In this campaign, we are effectively at a break even between production and consumption.”

However, Planque did stress that the reduction should be placed in context as yields from the first campaign post quota was exceptionally good too. You can read more of the in-depth interview with Planque here.

Planque also explains how Tereos has been using a fertigation process for many years. “Fertigation functions as a sustainable agricultural method, limit water extraction from groundwater pumping. Sugar beet is made of 75 percent water. We use this water in our process to remove the ground that you get on the beet and the rest is something that the growers can use afterwards,” he explains. “What is interesting is that in the sugar beet you also get some minerals, so that this water is enriched with these minerals, such as nitrogen and phosphorous. This is what they use to irrigate and fertilize their crop,” he adds.

Low sugar prices and slightly lower sales volumes are the main reasons for the earnings trend. The fall in prices for sugar on the world market, which is at its lowest level for about ten years, is attributable to substantial overproduction, particularly in India and Thailand, according to the company.

“The market situation within the EU has also been characterized by overproduction since the end of the quota system for sugar. As a result, prices for sugar have also fallen dramatically here and are currently around 35 percent lower than in the previous year. Due to the drought in the 2018/19 crop year, production in the EU declined slightly,” Nordzucker says.

Despite this, the CEO of Nordzucker AG, Dr. Lars Gorissen, confirms: “We will position Nordzucker in the new, more volatile environment in a stable, profitable and competitive manner. To achieve this, we will continue to reduce our costs and adjust our structures. We are focusing on sugar and see a profitable long-term future in this business.”

In the 2018/19 campaign, Nordzucker processed a total of around 14 million tons of beet, compared to 17 million tons during the previous year’s campaign, at its 13 plants. Nykøbing, in Denmark, will soon be the last plant to complete processing. The campaign lasted an average of 102 days. This year, organic beet was processed into organic sugar in three plants; Schladen in Germany, Nykøbing and Kedainiai in Lithuania.

Overall, the sugar yield is on average 10 to 15 percent lower than in the previous year due to the persistent drought, says the company. The consistently high sugar content of the beet was unable to offset the decline in volume. However, there were major regional differences, ranging from very weak yields to peak results, which were mainly achieved where the water supply was guaranteed. For two consecutive years, sugar beet thus showed that it can cope with extreme weather conditions, notes Nordzucker.

“Our plants ran very smoothly and without any technical problems,” emphasizes Axel Aumüller, Chief Operating Officer. “We processed very sweet but rather small beets in our plants. It was a great challenge to get the high sugar content out. But that was very successful.”

16 Jul 2021 --- Tereos has inked a strategic sourcing agreement with Swiss flavor house Firmenich for stevia extracts. The move will allow the company to offer its customers... Read More

15 Jul 2021 --- Part Two of the UK’s National Food Strategy has been met with mixed reactions by members of the F&B industry. Among other things, the proposal for... Read More

13 Jul 2021 --- Cargill is investing US$45 million to add soluble fibers to its European portfolio of starches, sweeteners and texturizers as demand for reduced-sugar products... Read More

12 Jul 2021 --- Upcycling is now “the new recycling,” presenting an attractive opportunity for businesses to curb food waste and loss, while scaling a host of new... Read More