You are in : All News > European drought: Solutions required as wheat, maize and barley harvests to be impacted

European drought: Solutions required as wheat, maize and barley harvests to be impacted 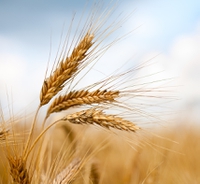 07 Aug 2018 --- The drought in many regions of the European Union and Eastern Europe has caused significant damage to wheat, maize and barley crops. Weather conditions are affecting the quality of the wheat as well as its quantity; because of the drought, the failing number is unusually high. There have been reports that the governments of drought-hit German, Swedish, Finnish, Lithuanian and Danish farmers are considering special aid packages. According to the Food and Agriculture Organization of the United Nations (FAO), prices of these crops could remain under upward pressure. Although the agency believes that the overall effects of the recent droughts are not yet alarming, there may be a need for alternative solutions if the cost of these ingredients continues to rise.

The FAO shed some light on the current situation. Peter Thoenes, Economist – Trade and Markets Division at the FAO tells FoodIngredientsFirst: “We are currently revising our forecasts to account for the impact of adverse on crops in Europe. Overall, wheat crops, maize and barley will see downward adjustments in production prospects and this is creating some concern.”

“We are looking at lower supplies than originally expected. However, we are not calling for any alarming situations at this point because fortunately bumper crops have been collected in the past four years, which will provide a cushion for any shortfall this year. Prices are moving upward, although our latest Food Price Index hasn’t even caught this trend yet. In the last week of July, prices started rising and they will probably continue to strengthen” he explains.

For Thoenes, the overall picture is not yet critical: “We are talking about a handful of countries that are facing problems. Most importantly, global reserves are ample; for a critical situation to develop it takes both bad crops and overall supply tightness, and we only have the first but not both at the moment.”

“There were rumors that Russian Federation and Ukraine, could consider restricting exports but these rumors have not been confirmed. We are not at a position where trade flows will be regulated – it’s too early to talk about any knock-on effects,” he confirms.

What about for livestock feed – will this be affected? “For feed, when you have a bad crop it doesn’t necessarily mean lower quantity it rather means downgrading in quality,” Thoenes notes. “If crops like wheat are downgraded to a lower quality, because of bad weather, there will still be sufficient feed. is actually, more feed that originally expected might be available for the livestock sector,” he notes.

Also speaking to FoodIngredientsFirst, Martina Mollenhauer, Product Manager for Mühlenchemie, says that drought and rainfall are regional issues in Germany.

“The failing number is an important part of the flour specification for millers. Bakers expect a standardized flour so that they can use all the other ingredients as usual. In this case, the impact is expected to be seen mainly at the mills.”

“In general, several raw material prices will increase because of the reduced yield. This will affect crops like wheat and maize and their products, e.g., native starches, sugar products and vital wheat gluten. All products made from wheat, maize, potatoes, etc. will be affected,” she explains.

“We are yet to see what the impact will be globally,” Mollenhauer continues.

So what are the solutions? When millers process the 2018 harvest, they will have to supplement the natural enzymatic activity of the flour. With its enzyme system Deltamalt FN-A, Mühlenchemie GmbH & Co. KG offers a solution to the current challenge of producing quality flours.

“Millers, especially, can react easily with Deltamalt FN-A. For all other crops and by-products, the price levels will have to be adjusted. Maybe we can respond to some limitations and shortages with enzyme compounds, such as EMCEgluten Enhancer for reducing the vital wheat gluten needed in the recipes,” says Mollenhauer.

While the grain is growing, a large amount of amylase is needed to form its starch content. The amylase is broken down again before dormancy. At high moisture levels, the grain starts to prepare itself for germination and forms amylase again. If the wheat is harvested after an extended dry period, as is the case this summer, the grain is fully dormant and therefore contains very little amylase.

In the past, when millers wanted to lower the resulting high falling number, they usually added malt flour to their product. Malt flour is made from germinated cereal grains such wheat, barley or rye and contains significant amounts of α- and β-amylases. In this way, it is possible to lower the falling number and improve browning and to some extent the volume yield.

However, when added in large amounts, malt flours quickly results in wet doughs with poor stability. In order to standardize the baking properties of the flour and meet the specifications, different malts and enzymes had to be added. With Mühlenchemie’s solution – Deltamalt FN-A – millers now have access to an enzyme system that optimizes both the falling number and the baking properties of the flour simultaneously.

“The baking performance of wheat flour is optimal for the production of bread and rolls. There are no raw materials that are comparably ideal. If the bakery industry has to use poorer or weaker flours due to their availability, enzyme systems or baking agents can compensate for some shortcomings. The EMCEgluten Enhancer improves the stability and volume of baked goods, for example,” Mollenhauer says.

What does it mean for future harvests in coming years – will there be a knock-on effect? “Depending on the volumes harvested, it may be that reduced stock levels will lead to higher prices next year too, even if the next harvest increases again. Generally speaking, each harvest changes the situation regarding quality and volume,” Mollenhauer notes.

Raisio Group is a Finnish company that makes cereal products and animal feed. The headquarters are located in Raisio, Finland. When asked about whether the current European drought has impacted the company, Pekka Kuusniemi, CEO of Finnish-headquartered Raisio tells FoodIngredientsFirst. “Not yet, but of course we expect that the harvest will be worse than the previous years. We do have quite a good structure to be covered against it, but it is a difficult situation as we all know.”

Thomas Carstensen, Senior Vice President, Milk & Trading at Arla Foods amba, also comments. “As a dairy cooperative owned by the farmers who supply our milk, Arla is closely monitoring the critical situation that the ongoing heat and lack of rain has left many of our farmers in. So far we have not registered any noticeable decline in our milk intake due to the drought, but our farmer-owners are already having to use of their autumn feed, so the feed situation on the farm can become critical and milk production could drop in the coming months if we don’t see more rain soon,” he tells FoodIngredientsFirst.

As Mars props up its wellness snacking portfolio with another acquisition, the better-for-you snacks category looks set to grow further this year as consumers demand... Read More

A partnership between the EU and the Food and Agriculture Organization of the United Nations (FAO) will provide US$15.5 million to ensure and support Ukrainian food... Read More