You are in : All News > BioTech Foods-led cultured meat project to investigate potential health benefits of slaughter-free 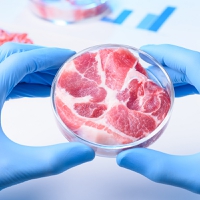 20 Jan 2021 --- BioTech Foods is leading a €5.2 million (US$6.3 million) cultured meat project funded by the Spanish government. It will investigate meat produced from cellular agriculture that, combined with the development of healthy fats and functional ingredients, allows for slaughter-free sustainable products with particular health benefits, such as preventing colon cancer and cholesterol problems.

As the global appetite for sustainable protein alternatives grows, cellular agriculture is gaining traction with scale-up and commercialization of cell-grown products on the horizon.

“Alternative proteins have been developed to create a more balanced protein market. Cultivated meat will allow us to have a more sustainable system with less GHG emission and a better use of natural resources like water and land, Iñigo Charola (CEO and co-founder of BioTech Foods tells FoodIngredientsFirst.

“Cultivated meat allows us to take animal welfare to the next level, avoiding the slaughter of animals and improving food safety.”

Mitigating climate change
There are stark challenges in how to sustainably and nutritionally feed the world’s ballooning population, predicted to reach 8.5 billion by 2030.

The onset of climate change is intrinsically linked to current global food production systems (including the livestock industry). The threat of future viruses has brought the need for alternative proteins into sharp focus. 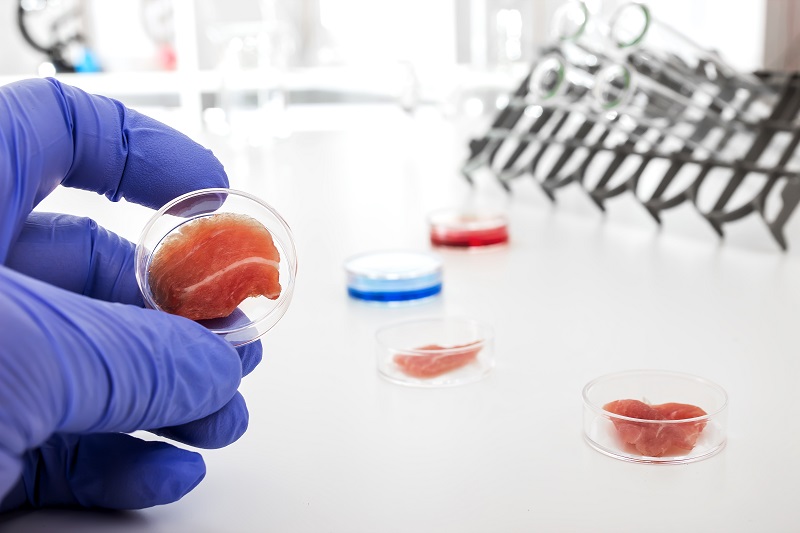 Cultivated meat comes from the culture of animal muscle cells obtained by biopsy, which avoids animal sacrifice and reduces the consumption of natural resources.The demand for sustainable, healthy and nutritious foods has also been accelerated by the ongoing COVID-19 pandemic.

Cell-grown meat and fish, poultry and seafood are positioned as one of the key innovations of the modern food technology space, integrating food safety, animal welfare and sustainability.

There has been a flurry of research and development, investment, fundings, production scale-up and ultimately moves toward commercialization in recent years.

Cultivated meat comes from the culture of animal muscle cells obtained by biopsy, which avoids animal sacrifice and reduces the consumption of natural resources.

“We aim to have the value chain working on the development of competitive products that can bring sustainable protein sources to the table.”

Equally, research into the particular health benefits of cultivated meat, such as preventing colon cancer and dyslipidemia (increased concentration of cholesterol and lipids in the blood), will be carried out.

Healthy lipids’ impact
Consumption of red meat is associated with major diseases in western countries. In Spain, specifically colon cancer is the most common in the population, taking into account both men and women, notes BioTech Foods.

Research on functional ingredients that can help prevent these diet-related diseases of high social impact is therefore very relevant. The project will work on healthy lipids that are incorporated in the preparation of the final consumer product (hamburger, sausage, etc.). Reducing consumer exposure to saturated fat could potentially prevent colon cancer and dyslipidemia.

Overcoming scale-up challenges
One of the most significant challenges for the cultured meat sector is building to an industrial-scale that allows producing sufficient volumes for commercialization.

In the cultured meat space, Aleph Farms recently made moves to bring cell-based meat to Japan. (Credit: Aleph Farms)The production of cultivated meat is prompting huge interest in the industry and many science-backed players working in this space. Moving toward a slaughter-free world is also at the core of cell-based alternatives, not least because of the environmental impacts but also as it protects the welfare of animals.

One of the key areas for making cultured meat cost-effective is the ingredients used to feed the cells. This project will allow BioTech Foods to work with different ingredient sources that make the process affordable.

“Consumer acceptance is always part of the debate,” he continues. “So far, with the information we have available, we can conclude that the market is prepared to accept these new protein sources. Different market surveys have been conducted, particularly the one in Spain where 1,000 consumers were interviewed. The main conclusion is that 41 percent of Spanish buyers say that they will probably try cultivated meat when it reaches the market.”

“There is a similar consumer response in other surveys performed in the US, Germany and other countries. The plant-based market is a very good example regarding the appetite consumers are developing for sustainable protein alternatives.”

The consortium also has the collaboration of ten research organizations: CTIC CITA; Oviedo University; Autonomous University of Madrid, Tecnalia Research and Innovation, Barcelona Science Park, the Research Foundation of the University of Seville, Vicomtech, University of Granada, the research institute Biodonostia and the cooperative research center in biomaterials, CIC Biomagune.

What’s been cooking in cultured meat?
Dutch-based European food technology company Mosa Meat was the first to pioneer “burgers of the future,” real beef that oozes and sizzles with real fats and juices.

Whole muscle steaks grown in a lab. (Credit: Aleph Farms)The partnership aims to accelerate the market introduction of Mosa Meat’s lab-grown meat products which could be on the market within the next few years.

The Bell Food Group also increased its stake in Mosa Meat last summer as part of a financing round to raise money for the construction of an industrial production plant and drive forward the development and scaling-up of technology.

Another major move last July saw KFC-Russia using 3D bioprinting technology to produce real chicken meat grown directly from the cell in cooperation with the 3D Bioprinting Solutions research laboratory. This cultured meat milestone was hailed as one of the biggest moments for alternative proteins in 2020.

Meanwhile, Aleph Farm’s whole-muscle steaks cultivated from cells will soon be served at the Japanese table. The Israeli start-up has partnered with Mitsubishi Corporation’s Food Industry Group to scale up the futuristic dish produced by its pilot plant BioFarm.

Also, in Israel, cell-cultured chicken is on the menu at the world’s first slaughter-free dining experience, which began enticing curious diners, last November.