You are in : All News > Big innovation, small package: US start-up that slows avocado ripening secures US$13m funding 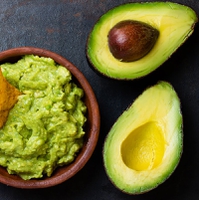 14 Aug 2019 --- Big innovation comes in a small package with the release of Hazel Avocado. The quarter-sized sachet is designed to improve shelf-life and give suppliers more peace of mind when shipping produce. Since its launch, Hazel Technologies has partnered with over 100 global companies seeking to reduce food waste. This month the company secured US$13 million in Series B funding, bringing Hazel’s total capital raised to US$17.8 million. The initiative to seek funding was done in collaboration with Pangea Ventures and S2G Ventures, who seek venture capital for the ag-tech companies. The new solution paints a bright future for avocado producers who are seeing a rise in demand for the fruit.

How does Hazel work?
Hazel Avocado works by releasing 1-Methylcyclopropene (1-MCP) in the atmosphere around the avocados, according to the company. 1-MCP is a derivative used to mimic a naturally-occurring plant hormone that increases resistance to ethylene. The presence of ethylene is what causes avocados to ripen. Trapping ethylene around an avocado – say in a paper bag – speeds up the ripening process. In addition to increasing resistance to ethylene, 1-MCP also decreases the respiration rate of the produce effectively slowing down the maturation process.

Hazel Avocado can release 1-MCP for up to three weeks, making it ideal for suppliers who ship overseas. Hazel's most recently announced partnership is with Dominican Republic-based AMR Agro. AMR Agro was founded in 2007 and is now one of the largest packers and exporters of green-skinned avocados in the country. Today AMR Agro exports to the US, Canada, the Caribbean, Spain, the Netherlands, France and the UK. In just eight years the Dominican Republic went from the eight biggest exporter by volume of avocados to second in the world, trailing behind Mexico.Credit: Hazel Avocado instragram.

Avocado has seen increased demand in recent years. In the US, consumption of avocados has increased seven-fold from 2000-2016, according to avocado trade body Avocados from Mexico (AFM). The UK also saw a rise in avocado popularity. According to the supermarket giant, demand for avocados at Tesco has grown by 40 percent (2015-2016).

Avocados sudden popularity may be due to its widely acclaimed health benefits as a superfood. One study found that replacing carbs with avocados can suppress hunger. “The research found that meals that included avocado not only resulted in a significant reduction in hunger and an increase in how satisfied participants felt, but it also found that an intestinal hormone called PYY was an important messenger of the physiological response.”

Avocado tea was released earlier this year with health claims that the infusion is high in polyphenols and flavonoids.

Even the avocado husks are found to have nutritious value as well as antiviral and potential tumor-suppressing qualities. “It could very well be that avocado seed husks, which most people consider as the waste of wastes, are actually the gem of gems because the medicinal compounds within them could eventually be used to treat cancer, heart disease and other conditions,” says Debasish Bandyopadhyay, Ph.D. at the University of Texas Rio Grande Valley. “Our results also suggest that the seed husks are a potential source of chemicals used in plastics and other industrial products,” he adds.

Reducing food waste
Food waste is one of the biggest challenges to sustainability. “Tackling food waste will be one of the key platforms when it comes to future innovation in sustainability,” according to research conducted by Innova Market Insights. Dr. Nina McGrath, Senior Manager for Food & Health Science for European Food Information Council EUFIC notes that an estimated 1.3 billion tons, or 32 percent of all food produced globally, are lost or wasted each year. In the US alone, about 30 percent of all food that is harvested is thrown away. Often this food is not consumed due to early spoilage.

Other products extending product shelf-lifeCredit: Hazel Avocado instragram.
Seattle-based start-up StixFresh has developed a sticker that can keep fruit and vegetables fresh for up to two weeks longer than usual. When applied to the fruit, the all-natural compound contained on the sticker creates a protective layer around the fruit that increases its shelf-life, reducing food waste at home or anywhere along the post-harvest supply chain.

StixFresh has used what plants naturally secrete to protect themselves from harmful environmental conditions and applied this formulation to the surface of its stickers. The patent-pending all-natural formula also includes beeswax. In the vapor-phase, the re-purposed compounds work together to create a protective layer around the fruit, which has been shown to slow down decay and prevent over-ripening.

Similarly, UK-based technologists, It's Fresh! recently launched its latest shelf-enhancing product – Infinite – a new sustainable delivery system that utilizes a proprietary “active ingredient” that can be printed directly onto existing packaging for fruit, vegetables and even flowers. It is proven to prolong shelf-life and extend freshness and quality by absorbing ethylene. A recent report by Fruit Logistica anticipates “significant innovation” in fresh produce packaging and supply chain management in the coming years. This prediction is based on increased consumer awareness of the environmental damage caused by food packaging and the need for greater shelf-life and efficiency in the supply chain.

In addition to Hazel Avocado, Hazel Technologies is working on other life-extending products like BerryBrite. Rather than working against ethylene, this proprietary blend of oils contains antimicrobial compounds that stop bacteria, mold and fungi.

One of the newest clean label alternatives to traditional emulsifiers is citrus fiber, according to Univar Solutions. Examining the latest chemical technologies shaking... Read More

Global ingredients manufacturer Kemin Food Technologies is examining how ingredients such as sugar alternatives can impact pH and the shelf life of dressings and sauces.... Read More

Chr. Hansen is unveiling its new culture range for plant-based meat alternatives. The bioscience player is extending the Vega Culture Kit portfolio with a... Read More