You are in : All News > Beyond Meat launches IPO: Plant-based innovator looks to raise US$183 million as beef alternative option debuts 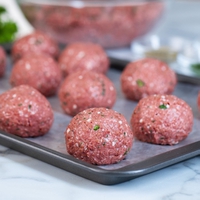 24 Apr 2019 --- Beyond Meat, the highly innovative Californian innovator behind the plant-based alternative burger, has announced the launch of its initial public offering (IPO) of 8,750,000 shares of common stock. The company is looking to raise up to US$183.8 million, with the news coming several weeks after it debuted its latest breakthrough in plant-based food innovation: Beyond Beef.

Based in Los Angeles, California, Beyond Meat was founded in 2009 with a mission of building meat directly from plants to “positively benefit human health, climate change, natural resource conservation and animal welfare.” Spanning frozen and fresh, Beyond Meat’s portfolio of plant-based proteins are sold at more than 35,000 retail and food service outlets worldwide. The company is already operating in more than 25 countries, a spokesperson confirms to FoodIngredientsFirst. Investors in Beyond Meat include Tyson Foods, the US’ largest meat processor, actor Leonardo DiCaprio and Microsoft founder Bill Gates.

Beyond Meat’s IPO price is expected to be between US$19.00 and US$21.00 per share, before underwriting discounts and commissions. At the upper price range, the flotation would value the company at US$1.2bn.

In addition, the company expects to grant the underwriters a 30-day option to purchase up to an additional 1,312,500 shares of common stock at the IPO price, less underwriting discounts and commissions. Beyond Meat’s existing stockholders will not sell any shares in the offering. Beyond Meat has applied to list shares on the Nasdaq Global Market under the symbol “BYND.”

Beyond Meat expects to receive gross proceeds of approximately US$175.0 million from the offering, or US$201.3 million if the underwriters exercise their option in full, assuming the shares price at the mid-point of the offering range. The company intends to use the gross proceeds from the offering to invest in current and additional manufacturing facilities and expand research and development and sales and marketing capabilities, as well as for working capital and general corporate purposes and pay fees and expenses in connection with the offering.

Last October, FoodIngredientsFirst reported on the company’s plans for a major roll-out of its flagship Beyond Burger product in Europe as rumors intensified around an IPO.

Last month, Beyond Meat debuted Beyond Beef. Driven by consumer demand, the product is designed to have the meaty taste, texture and versatility that consumers love about ground beef, but with the added health and sustainability benefits of plant-based meat.

Beyond Beef has 25 percent less saturated fat than beef, with less than 6g per serving. It is made with a blend of pea, mung bean, and rice proteins that provide a meaty texture that mirrors the satisfying chew and juiciness of ground beef.

Click to EnlargeLast month, Beyond Meat debuted Beyond Beef. The product is designed to have the meaty taste, texture and versatility that consumers love about ground beef, but with the added health and sustainability benefits of plant-based meat.“We’ve long had our eye on creating a product that enables consumers to enjoy all the benefits and versatility of ground beef while tapping into the human health, environmental and animal welfare benefits of plant-based foods,” said Ethan Brown, Founder and Chief Executive Officer of Beyond Meat.

“As is our commitment, we’ve built this latest addition to our family of plant-based meats while being thoughtful about ingredient choices that support everyday use by the whole family, including strict avoidance of GMOs, soy, or gluten,” Brown adds.

Beyond Beef’s high-performing blend of mung, pea and rice proteins make it a complete protein source, offering 20 grams of protein per serving – more than beef. Beyond Beef’s versatility in the kitchen is a result of a unique binding systems that allows the product to seamlessly shape into a variety of forms – from meatballs and sliders, to empanadas and tacos.

Beyond Meat is committed to using clean, simple plant-based ingredients, with Beyond Beef containing no antibiotics, hormones, soy, gluten or genetically modified organisms. Launching in retail later this year, Beyond Beef is anticipated to be both kosher and halal certified, appealing to a broad range of dietary needs and preferences.

The recent shift to plant-based meat is undeniable, underscored by key players moving into the space.

For instance, it recently emerged that Burger King is trialing Impossible Foods’ meatless patties in restaurants in St. Louis, US. At the same time Nestlé made its latest foray into the meat-free market, launching a new “cook from raw” plant-based burger for European markets.

But it is not all plain sailing, with a meaty backlash already underway in the EU. Also last week it emerged that terms such as “veggie burger “and “vegan sausage” could be banned under new plans put forward by the European Parliament’s Agriculture Committee.

Earlier this month FoodIngredientsFirst reported on how “hybrid” products, which offer a compromise between the fully meat-based and fully plant-based categories, could hold potential in this new dynamic.

Beyond Beef Beyond Meat Burger