You are in : All News > Best of both worlds? Meat innovators consider taking the hybrid leap

08 Apr 2019 --- The recent shift to plant-based meat is undeniable, underscored by key players moving into the space. For instance, just last week it emerged that Burger King is trialing Impossible Foods’ meatless patties in restaurants in St. Louis, US. At the same time Nestlé made its latest foray into the meat-free market, launching a new “cook from raw” plant-based burger for European markets.

But it is not all plain sailing, with a meaty backlash already underway in the EU. Also last week it emerged that terms such as “veggie burger “and “vegan sausage” could be banned under new plans put forward by the European Parliament’s Agriculture Committee. Critics claim that the policy push has the hallmarks of the meat industry. So is there a middle ground that can be taken? “Hybrid” products are named as such as they are seen as a compromise between the fully meat-based and fully plant-based categories.

For those who miss something in a vegetarian product, but still would like to reduce their meat consumption, Dutch company Meatless, has found a different way, which suggests mixing grains or legumes with meat, for example. This type of launch has been tried before. Back in 2012, Vion launched Hackplus to the Dutch market, which was a reduced meat option containing wheat protein. The product was dropped in the following year following disappointing repeat sales. But perhaps now is a better time for this type of product? A recent FoodIngredientsFirst report notes that it could be given a new lease of life. So what is behind the rise of the new opportunity for hybrid alternatives to classic meat products?

By 2050, the global population is predicted to reach 9.8 billion and this increase is expected to lead to increased competition for resources. Subsequently, there will be a greater need to “produce more and use less.” As a result, the food industry is seeking better solutions that work well for the planet and people. Experts in this space are noting that consumers do not necessarily need to go 100 percent plant-based to consume products that are seen as healthier and more sustainable. Therefore, a potential exists for hybrid foods, which contain both animal and plant-based proteins. And now, there is a growing number of consumers, who still want to eat meat, but want to reduce the volume they eat. 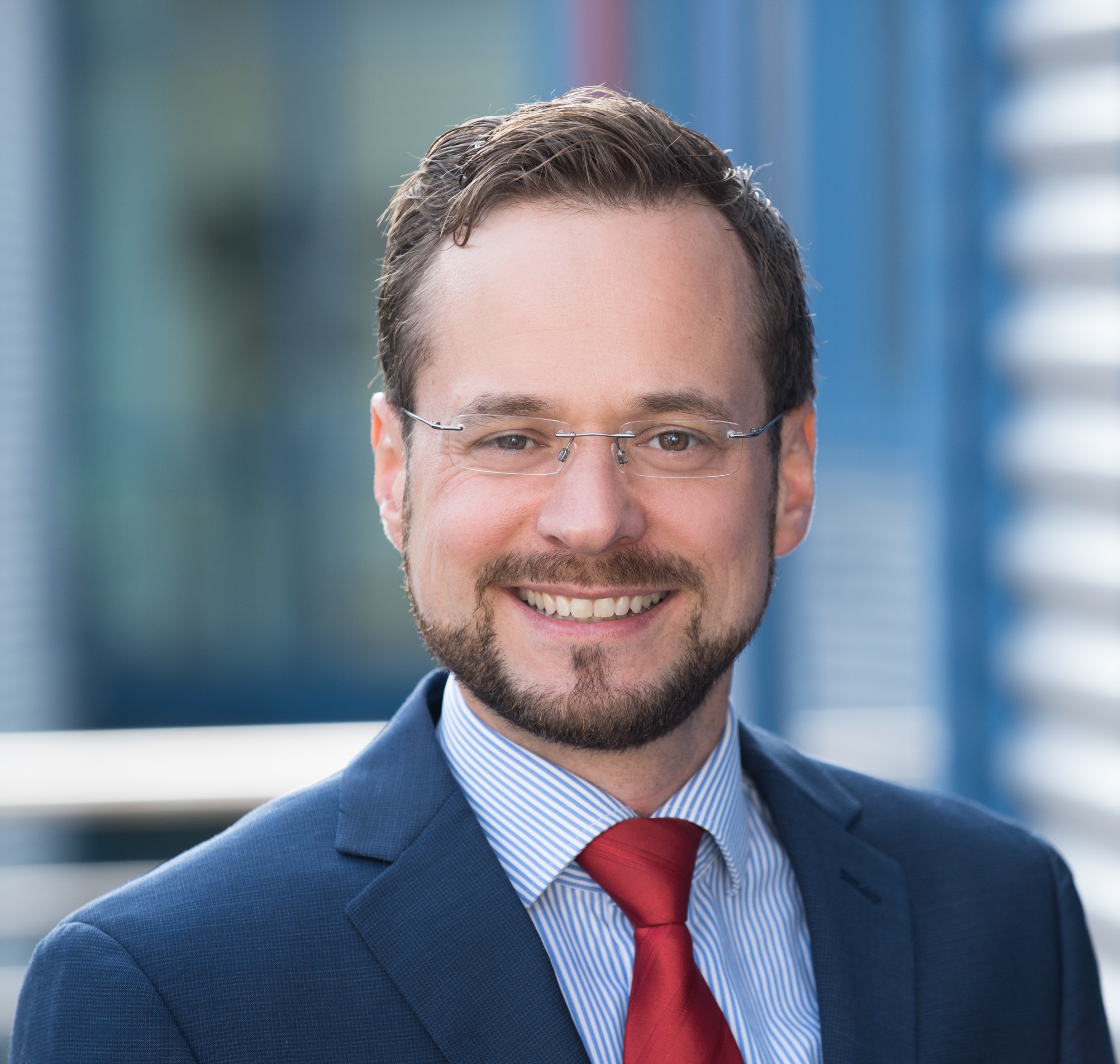 Florian Bark, Hydrosol Product ManagerAccording to Hydrosol Product Manager, Florian Bark, hybrid foods will be one of the salient trends in 2019, as it opens up new possibilities in the reformulation of plant- and animal-based products. “Consumer choices are driven by health, environmental and animal welfare concerns more than ever before. A growing emphasis on plant-based diets and concerns over sustainability have stimulated the gravitation towards hybrid foods,” he notes.

Austin Lowder, Applications Scientist at DuPont Nutrition & Health also expects this category to expand in 2019 and beyond. “The hybrid concept appeals to consumers who are perhaps not ready to commit to meat-free alternatives, yet have a desire to increase their consumption of plant-based foods and reduce their meat consumption,” he comments. “This category represents, to them, a positive step in that direction. They may not expect it to taste just like meat, but products will have to offer a great-tasting experience,” Lowder adds.

“Hybrid products are an interface between the vegan and meat categories. Here, it is important that manufacturers make drastic changes and remain pioneering by developing new food systems which can address Millennials’ requirements,” Bark explains to FoodIngredientsFirst.

For Bark, the combination of plant-based and meat-based proteins can promote a changeover to a diet consisting of more plant proteins This market could thrive in addition to entirely vegetarian solutions. These are major reasons why this trend is going to grow, he believes. “As regards issues, there is an increasing need for the food sector to focus more on nutritional and palatable products, while also balancing the demands for convenience.”

However, Lowder notes that development of the hybrid meat-plant based category is “in the very early stages.” Companies are just starting to explore opportunities, based on the level of consumer interest that is building for these products.

Increasingly, consumers are turning to plant-based foods because they perceive them to be better for their health and the environment. Yet some of the biggest challenges in this space are centered on how these products should be marketed and positioned in the current food space.Austin Lowder, Applications Scientist at DuPont Nutrition & Health

“Placement of these foods next to meat has recently proved successful in trials,” Lowder explains. “From a technical point-of-view, formulating to mimic meat texture and provide a meat-like, positive eating experience can be challenging, often requiring the use of ingredients, like soy proteins, that can provide meat-like texture, fibrosity and bite, and can be easily flavored. Technology constraints, as well, have limited the offerings in the category to ground, restructured, reformed or emulsified formats,” he adds.

Ratios and optimal protein pairing
For Bark, the best blend percentage for hybrid food concepts is “definitely 50:50.” This ratio is acceptable for the customer and has the potential for continuous growth on the market, instead of complex mixtures of various amounts of raw material,” he claims.

Over the past years, soy protein has been used more often for its unique functional properties, which makes it a useful protein source in many different food applications. The use of soy protein has a positive impact on the fat-binding, moisture and emulsifying properties of comminuted meat products, he states.

“Multiple investigations have shown that soy, rice and wheat proteins give the best interaction with meat. It is expected that new developments in combination with rice, lentil and bean proteins will conquer the global market. Raw materials such as chickpeas and quinoa will find their way into hybrid products only as a gap filler, as they don’t provide any functional properties,” Bark adds.

For Lowder, a 30 to 50 percent replacement of meat with soy proteins results in products with excellent eating quality and texture. This aligns with the level of plant protein inclusion that consumers expect in such concepts, he tells FoodIngredientsFirst. At that level of replacement, formulators will need ingredients that will help contribute the proper texture and deliver a positive eating experience, he says. Soy protein comes in a variety of textured formats that, when hydrated, deliver meat-like texture. “Soy proteins can also be easily flavored and colored to mimic any species, such as beef, pork or chicken,” he adds.

The “optimal” protein pairing will depend on the positioning, nutritional, flavor and sensory target for the specific application, according to Lowder. DuPont have found soy protein ingredients to be highly adaptable to many types of meat-plant protein combinations. “It can be easily flavored and colored to resemble beef, chicken or pork and blends well with those meats. The end product can be delivered in a variety of formats, such as ground, shreds, crumbles, and formed into patties or nuggets. Soy protein is highly versatile in this application, bland in flavor, delivers high-quality protein and has a very positive environmental profile,” he notes.

Of the animal-based proteins, meat production and consumption has perhaps the most significant environmental, health and social impact. It is therefore, a good target for hybrid products. “With technology that can enable up to 50 percent meat replacement, while maintaining excellent eating quality, these products can have a significant impact on lowering carbon emissions, as well as enabling lower fat, saturated fat, cholesterol and calorie profiles,” Lowder adds.

For Hoogenkamp,  in terms of functionality, pea protein is a good equivalent to soy protein and offers strong clean and clear labeling appeal.

Rice bran protein is also growing, but not in terms of functionality, instead rather for its hypoallergenicity status, he notes. “Chickpea and mung bean are also ones to watch and are good names for a natural label, while also delivering functionality,” he adds.

“These foods contribute to reducing greenhouse gases and allow for much-improved availability of the meat sources. For example, if a formulated meat product such as a burger contains 50 percent plant-based components, twice as many burgers can be made available,” Hoogenkamp explains.

What’s next for hybrid concepts?
Much of the DuPont’s recent focus has been on developing soy-based technology that can mimic the whole-muscle fibrosity attributes of beef, poultry and pork. “Our structured vegetable products, sold under the SUPRO MAX brand, are designed to mimic whole-muscle meat texture when hydrated.” This technology then enables the development of a wider variety of hybrid or meat-free products, resembling whole muscle products. “SUPRO MAX Structured Vegetable Products are hydrated, flavored, and sized into strips, chunks and shreds to resemble a wider variety of formats than previously available from traditional soy protein technology,” he explains, highlighting that we can expect to see more from the company in this space.

For Bark, convenience products will benefit the most from this emerging trend. “Currently most of them have a poor nutritional composition, and the use of healthier raw materials can reduce their overall calorie content,” he notes.

It will be exciting to see how this new hybrid arena develops in the months ahead, as the industry looks to answer the health, sustainability and animal welfare concerns of a consumer who doesn’t want to cut meat out of their diet altogether.

You can read a further detailed article on hybrid food concepts in the April/May edition of The World of Food Ingredients.

Swiss food giant Nestlé is among the financial backers in a US$4 million seed round for Sundial Foods, a plant-based meats company mimicking chicken... Read More

Imagindairy, a food tech company creating plant-based milk proteins identical to cows, has completed a US$13 million round of funding to advance their technology and... Read More