You are in : All News > Ben & Jerry’s loses bid to block sales in Israeli West Bank settlements

Damage to the company’s reputation of licensee’s sales in occupied Palestinian territories is “too speculative,” according to a US judge

23 Aug 2022 --- Iconic ice cream brand Ben & Jerry’s has lost its proposal to block parent company Unilever from selling its products in Israeli West Bank settlements. According to the US firm, the move would counter its values.

The company sought an injunction after London-based Unilever revealed it had sold its interest in the ice cream to an Israeli license-holder.

However, a US federal judge ruled earlier this week that the ice cream company had “failed to demonstrate” that the move to sell the goods in the Israeli-occupied settlements caused it “irreparable harm.”

In July last year, Vermont-based Ben & Jerry’s announced it would no longer sell its ice cream in the Palestinian territories saying it was “inconsistent” with its values. However, it said it would keep selling its products in Israel. 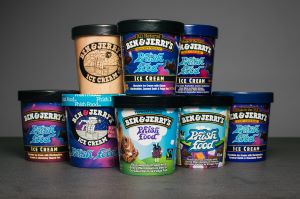 Ben & Jerry’s is known for championing progressive causes, including protecting the environment and promoting human rights.The decision to pull Ben & Jerry’s from Israel was a significant play by Unilever as in the past year, its overall global sales were primarily bolstered by the high-performing ice cream category.

On July 5, Ben and Jerry’s asked that any agreement allowing distribution or sale of products in the West Bank be dissolved and that any further such transaction goes before its board of directors to be given the green light.

The complaint said that Unilever’s decision was “made without the consent of Ben & Jerry’s Independent Board” and went against the merger agreement that allowed the board to protect the founder’s values and reputation.

However, US district court Judge Andrew Carter Jr in Manhattan said the idea the company’s messaging could be marred, or customers could become confused about its core values was “too speculative.”

Founded in 1978 in Burlington, Vermont, US, Ben & Jerry’s was sold in 2000 to Unilever. It now operates as a wholly-owned subsidiary of the British multinational consumer goods company.

Under the terms of Unilever’s acquisition agreement of Ben & Jerry’s in 2000, Ben & Jerry’s and its independent Board were granted rights to make decisions about its social mission. “But Unilever reserved primary responsibility for financial and operational decisions and therefore has the right to enter this arrangement,” concedes the food giant.

Over the last decade, Unilever has invested more than 1 billion Shekels (US$287.3 million) in its business in Israel.

The recent shift in consumer behavior toward a healthier lifestyle is unlocking significant growth potential for plant-based ice cream manufacturers, according to... Read More

Holding a centuries-old tradition of agricultural innovation, eastern Galilee, Israel, is busy looking ahead at modern solutions to the problems faced by the food and... Read More