You are in : All News > Ben & Jerry’s and Tony Chocolonely’s address slavery and child labor linked to chocolate 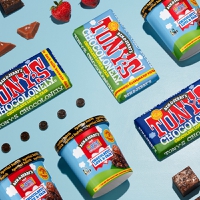 19 Aug 2022 --- Two indulgent food brands centered on social justice have joined forces to eradicate modern slavery and child labor in the chocolate industry. Working with Fairtrade chocolate, Ben & Jerry’s and Tony Chocolonely’s have released new flavor varieties under each of their ranges, basing these new sweet launches on each other’s brand offerings.

The cocoa beans from these new chocolate treats are sourced through Tony’s Open Chain, which helps companies take steps to end modern slavery and child labor in the chocolate industry.

“We began this journey seven years ago, when we first partnered with Fairtrade co-ops in Côte d'Ivoire, and this is the exciting next step in our cocoa journey as we amplify our commitment to farmers, equity and ethical sourcing,” remarks Cheryl Pinto, Ben & Jerry's global head of values-led sourcing.

“Tony’s Open Chain enables us to combine traceability with sourcing principles that naturally align to Ben & Jerry's mission and supports cocoa farmers to meet high standards on social and environmental practices while strengthening their co-operative.” 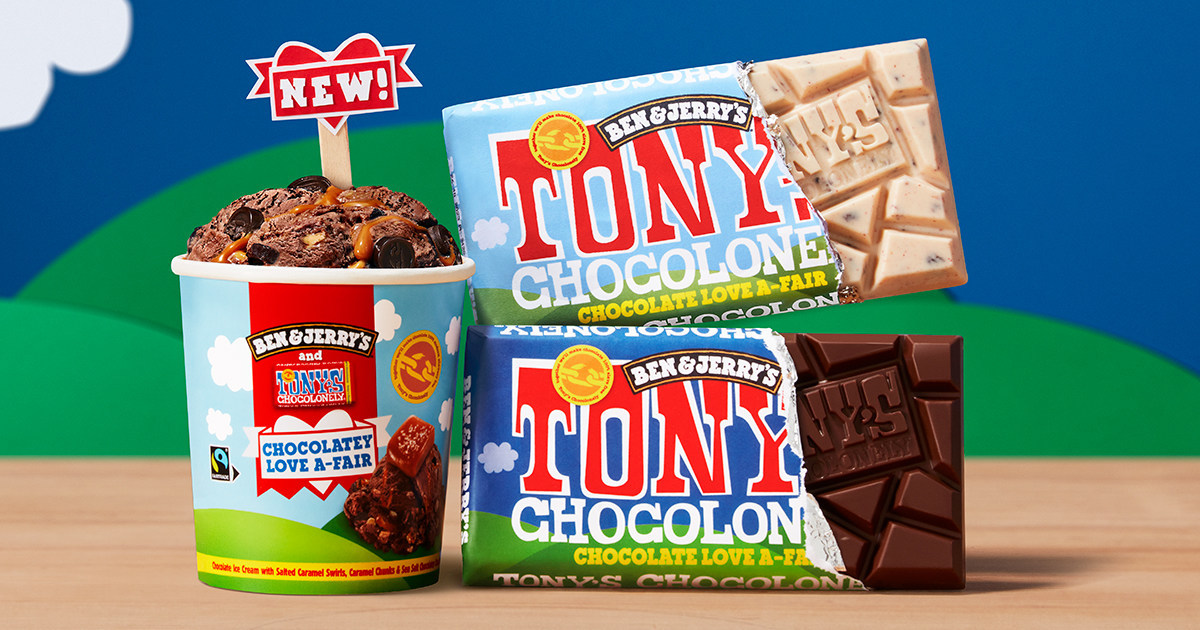 As part of its latest move, the frozen treat maker will begin converting its ice cream portfolio to Tony’s Open Chain, prioritizing equitable and fair cocoa in its ice cream base mix.

Ben & Jerry’s states that it already pays farmers a Fairtrade Premium for their cocoa beans through an ongoing partnership with Fairtrade and boosts this further by paying a Living Income Reference Price.

As part of Tonys Open Chain, Ben & Jerry’s will now also commit to Tony’s 5 Sourcing Principles, which means, among other things, also paying a fee to further support the partner co-operatives in Côte d'Ivoire.

As it converts to buying cocoa directly from eight partner co-operatives in Côte d'Ivoire, Ben & Jerry’s will not only get to know which farmers produce the beans that go into their chocolatey ice cream but also under which social and environmental circumstances they are grown.

Full traceability and transparency of the cocoa supply chain are crucial to achieving social justice for cocoa farmers – and to enable dignified livelihoods.

“I am confident that, together, we can make big strides toward eradicating modern slavery and child labor, stopping deforestation, and improving the livelihoods of West African cocoa farmers,” says Joke Aerts, Open Chain lead for Tony’s Chocolonely.

Cleaning up the chocolate chain
This move comes at a pivotal time when humanitarian issues are more prominently spotlighted. Nestlé was among the most recent food giants to back this cause, unveiling an initiative to mitigate child labor risks in cocoa production alongside advancing regenerative agriculture practices and gender equality.

While there is a critical need to explore alternative sources for cocoa, Finnish food industry giant Fazer recently began researching cell-based chocolate, which will cultivate confectionery ingredients completely without the need for traditional farming inputs.

Fat & lubrication: Scientists explore what happens in the mouth when chocolate is consumed

Scientists have decoded the physical process when a piece of chocolate is eaten, as it changes from a solid into a smooth emulsion in the mouth. The researchers found... Read More