You are in : All News > Barry Callebaut makes sales recovery following turbulence during COVID-19 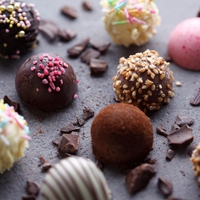 “I’m proud of the solid set of results and strengthened balance sheet that we managed to deliver in unprecedented times,” says Antoine de Saint-Affrique, CEO of Barry Callebaut.

“Our focus on care, continuity and cash helped us to safeguard the health of our people and communities, to serve our customers well at a time when they need it most and to enhance the financing of our company.”

After a 14.3 percent decline in Q3 at the height of the pandemic, sales volume showed – as the company had anticipated – a recovery in the fourth quarter of 4.3 percent.

The underlying global chocolate confectionery market was down 0.3 percent in the year under review and Barry Callebaut’s sales volume in Global Cocoa was down 2.0 percent.

Strategic milestones in a challenging year
In July, Barry Callebaut completed the acquisition of GKC Foods, a producer of chocolate, coatings and fillings in Australia. The group expects accelerated growth in the two still largely captive markets of Australia and New Zealand.

In June 2020, the cacao supplier added a fourth production line to its Senoko plant in Singapore, a significant contribution to the group’s largest chocolate factory in Region Asia Pacific, to meet increasing demand in the Asia-Pacific markets.

In Region EMEA, Barry Callebaut signed in May 2020 an agreement with a large chocolate confectionery manufacturer in Eastern Europe, for the long-term supply of compound and chocolate.

After a 14.3 percent decline in Q3 at the height of the pandemic, sales volume showed – as the company had anticipated – a recovery in the fourth quarter of 4.3 percent.

Earlier this year, Barry Callebaut inaugurated the revamped Chocolate Academy Center in Banbury, as part of the group’s growth strategy in the UK, which is one of Europe’s biggest chocolate confectionery markets in volume terms.

The group also deepened in October 2020 its presence in Latin America by laying the foundation stone for a new cocoa sourcing facility in Duran, Ecuador.

In addition, artisans can now tell their own bean-to-bar story by tracing the 100 percent sustainable cocoa bean selection back to the cocoa farming communities.

In tune with shifting consumer attitudes towards tasty and nutritious food and beverages that also do good for the planet, Barry Callebaut launched under its new brand Cabosse Naturals in October, a range of 100 percent pure cacaofruit ingredients: pulp, juice, concentrate and cascara.

“Steady volume recovery” in EMEA region
Barry Callebaut’s sales volume in the Europe, the Middle East and Africa (EMEA) region declined by 3.6 percent to 945,640 metric tons. Excluding the first-time consolidation of Inforum as of February 2019, organic volume declined by 5.2 percent.

Americas region sees “resilient performance”
Barry Callebaut’s sales volume in the Americas declined by 1.4 percent to 565,650 metric tons. The resilient performance was based on a solid volume recovery by food manufacturers in the fourth quarter, with customers serving the out-of-home channel still being affected by COVID-19 measures.

“Good volume growth, adverse mix” in APAC region
The company’s Asia Pacific business grew its sales volume by 7.4 percent to 127,306 metric tons, a good result in light of the COVID-19 pandemic and the high comparison base.

The Food Manufacturers segment showed good resilience with double-digit volume growth for the fiscal year under review, supported in particular by large customers.

Meanwhile, Gourmet & Specialties’ volume continued to recover after the lockdowns, leading to a low single-digit decline for fiscal year 2019/20.

Sugar prices in Europe increased on average 7.6 percent, mainly due to a poor crop and a reduction in capacity induced by low prices in previous years.Sales revenue increased by 0.8 percent in local currencies (6.7 percent in CHF) to CHF 1.8 million (US$2 million), due to higher average cocoa bean prices.

In July 2019, Côte d’Ivoire and Ghana announced a living income differential (LID) of US$400 per metric ton of cocoa beans, effective as of the 2020/21 crop.

Meanwhile, dairy prices increased during the fiscal year 2019/20 on average by 21.0 percent on the back of weak milk supply and strong demand in the first six months of the period under review. Due to COVID-19, demand has slowed down since the third quarter.