You are in : All News > Banana decline? Crop gains caused by climate change could go backwards by 2050, warn researchers 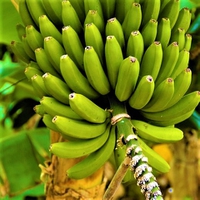 05 Sep 2019 --- The effects of climate change on global banana crops have on average shown increased crop yields; however, researchers warn that these gains could be significantly reduced or even disappear completely by 2050 if climate change continues at its expected rate. This is according to a study published by the University of Exeter which analyzed 27 countries, amounting to 86 percent of the world’s dessert banana production, and discovered that although crops yields have improved since 1961 due to warmer, more favorable growing conditions, this steady growth is likely to ricochet. The researchers highlight the importance of investment in tropical agriculture to combat potential cultivation reductions.

“All the information we have had so far on how bananas are sensitive to the climate, in terms of  rainfall and temperature, has been quite anecdotal,” says Dr. Varun Varma, Research Fellow at the University of Exeter. This study not only sheds light on a topic less understood by researchers, but also encourages vulnerable countries, such as Brazil and Ecuador, two of the largest banana producing and exporting countries in the world, to anticipate future challenges and prepare through investment in technologies like irrigation.

“It is imperative that we invest in preparing tropical agriculture for future climate change,” Senior Lecturer in Biosciences at the University of Exeter and lead researcher Dr. Dan Bebber adds. 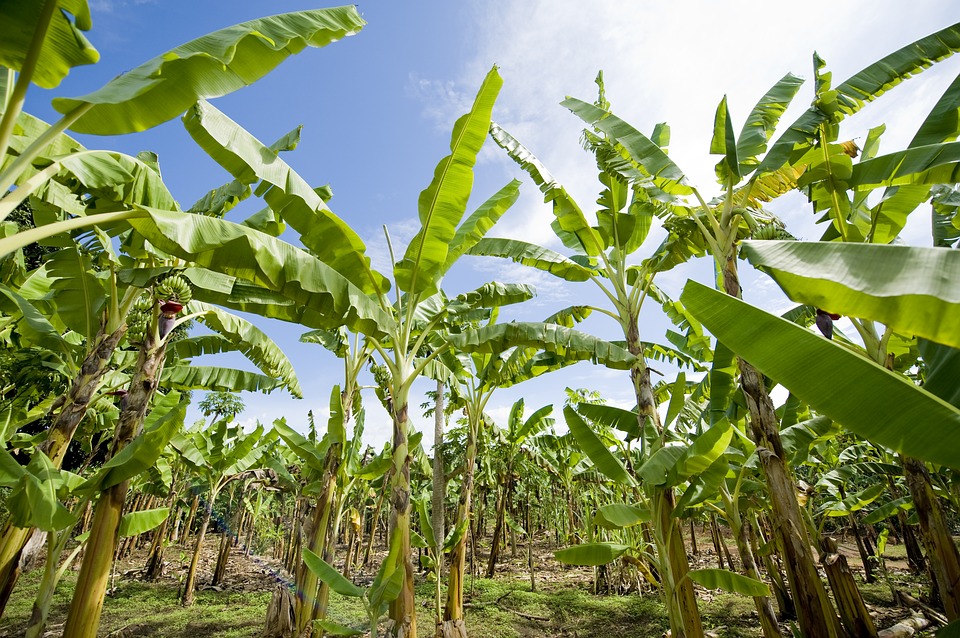 Click to EnlargeBanana trade is just one of few food and beverage areas which is to be affected by the rapid onset of climate change.Bananas are an essential crop across the globe, and its international trade contributes to both local and national economies in producer countries. They are a key crop for millions of people around the globe and remain a traditional favorite everywhere. In Britain alone, more than five billion bananas are purchased every year, with the UK accounting for seven percent of the global export market.

“Climate change has improved productivity, meaning yields of bananas on average across the world. But going into the future, most of these gains will much more dampen or probably disappear completely,” Dr. Varma continues. He warns that banana producing countries are likely to overshoot their optimum, resulting in a decline in productivity by 2050.

The effects of climate change on the banana export industry are expected to be experienced worldwide. The negative effects of climate change in the long run are targeted at predominantly Latin American countries, including Brazil, Colombia, Costa Rica, Guatemala, and Panama, some of the world’s largest producers. Asian producing countries are also likely to be affected by rising temperatures, such as India and the Philippines, notes the study.

Banana trade is just one of few food and beverage areas which is to be affected by the rapid onset of climate change. Lab-grown meat, poultry and seafood has been identified as a sustainable alternative to dramatically slow the onset of climate change in terms of land and water degradation, biodiversity loss, and deforestation.

Meanwhile R&D is booming in this space. In a recent technological leap forward, researchers identified a gene responsible for drought resistance in barley. The researchers hope this can help “future-proof” the cereals industry as climate change becomes an increasingly pressing issue. Other suggestions for the future include genetically engineering food to alleviate crop shortages that are prone to arid conditions as a result of climate change.

25 May 2020 --- Organic food production is expected to branch out into new and indulgent categories. With this success, quality control must remain tight, as cases of labeling... Read More

20 May 2020 --- Sound Agriculture, producer of sustainable crop solutions that “unlock” the power of plants, has received US$22 million Series C funding, led by Seed 2... Read More

07 May 2020 --- Hydroponically grown H2Orto tomatoes from the Italy-based FRI-EL Green House farm have become the latest product to receive Friend of the Earth sustainability... Read More