You are in : All News > “Amazing alchemy”: Sourdough September flags “sourfaux” as a danger to the traditional sourdough market

03 Sep 2019 --- This month marks the seventh Sourdough September, a celebration of the dough run by the Real Bread Campaign, run by Sustain: The alliance for better food and farming. The campaign aims to encourage people to “revel in the amazing alchemy” by baking and buying genuine sourdough while educating people about imitation “sourfaux.” The organization is also calling for UK legislation to protect traditionally-made bread. This scheme comes at a time when interest in “real food” and naturalness in ingredients is rising, while fermented products maintain their popularity.

Throughout this month, bakers and fermentalists around the world are encouraged to organize events to help share their knowledge of the fermented dough. Various bakeries around the UK are holding activities ranging from classes to tasting and giveaways. Those participating are invited to use the #SourdoughSeptember hashtag on social media to spread the word.

Unlike doughs that use brewer’s yeast, sourdough uses wild yeasts captured from the surrounding atmosphere as a raising agent, while the dough undergoes a lactic fermentation due to lactobacilli. This leads to a tangy flavor and a hole-filled, stretchy crumb structure. The Real Bread Campaign notes that the traditional method of using a starter cultured from just flour and water can be used in homes and bakeries of all sizes. It also argues that techniques that use fermented dough as an acidifier or flavoring do not make a true sourdough.

As a result, the Real Bread Campaign is highlighting “sourfaux,” or products sold by some supermarkets and industrial loaf fabricators that are not made with a live sourdough culture. “The ingredients industry is busy concocting ‘easy’ and ‘quick’ packet mixes that try to replace time, skill and quality ingredients with a litany of flavorings, acidifiers, artificial additives and commercial yeast,” says Chris Young, Coordinator at the Real Bread Campaign. 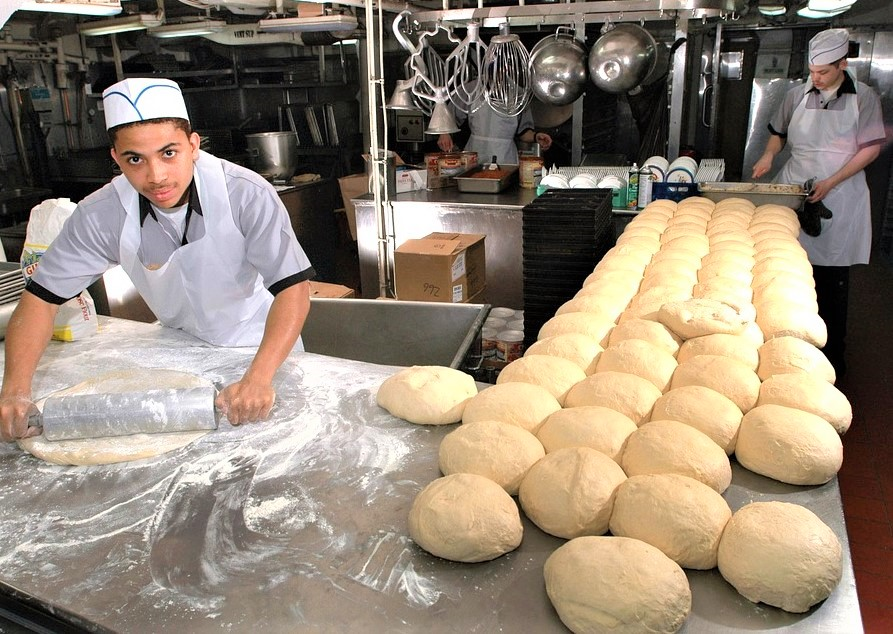 Click to EnlargeBakeries of all sizes can use traditional sourdough techniques.The organization is calling for an “Honest Crust Act” to help consumers make better choices by introducing a legal definition for terms including “fresh,” “artisan” and “bread,” as well as protecting the sourdough name. Other proposed aspects of the Act include preventing dried gluten and soy flour in wholemeal loaves and a ban on below-cost selling of loaves by multiple retailers. Indeed, the number of products tracked with a sourdough claim has seen a CAGR of 32 percent (Global, 2014-2018) according to Innova Market Insights data.

A rising trend
The Honest Crust Act comes at a time when consumers are increasingly seeking homemade-style products, with 77 percent of consumers willing to pay more for food made with a human touch. Meanwhile, the trend for “real food” is taking hold among millennials, with the group increasingly seeking clean label, unprocessed products. “Real foods are whole foods that everyone can recognize and pronounce, and almost everyone wants to eat more of them,” Simo Suoheimo, Co-Founder of meal-replacement drink company Ambronite, told FoodIngredientsFirst.

Sourdough also taps into the trend for fermented foods, which is bolstered by increasing awareness of probiotics. Fermentation is an age-old process but has been experiencing a revival in recent years with a broader recognition of the health benefits offered as well as the unique taste attributes it can deliver. With fermentation seen as a natural and authentic process, new product development and heightened consumer awareness have combined to bring a raft of traditional products to our supermarket shelves.

In the bread space, it was also recently found that rye’s health-boosting properties are due in-part to lactic acid bacteria and gut bacteria. Rye sourdough used for the baking of rye bread is rich in lactic acid bacteria. In addition to fermenting the dough, these bacteria also modify bioactive compounds found in rye. They produce branched-chain amino acids and amino acid-containing small peptides, which are known to have an impact on insulin metabolism, among other health aspects.

12 Feb 2021 --- The Chinese Lunar New Year, also known as the Spring Festival, has kicked off with a bounty of festive offerings, as ongoing lockdown measures inspire consumers to... Read More

21 Jan 2021 --- The choice between bakers’ yeast and sourdough to raise dough may impact more than just taste. The extra time taken to make the sourdough bread can bring... Read More

20 Jan 2021 --- Swiss biotech company Evolva has launched L-arabinose, a natural sugar blocker used in food and beverages. The company is having commercial discussions with... Read More