You are in : All News > A broken global food system: Scientists urge “collective action” to avert climate change catastrophe 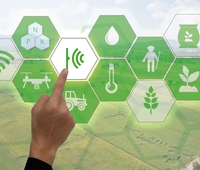 29 Nov 2018 --- Global food systems are failing and urgently need to be turned around to avoid catastrophic climate change, according to some of the world’s leading science academies. An in-depth report from the InterAcademy Partnership (IAP) calls for a total transformation of how systems operate as agriculture and consumer choices are major factors driving “disastrous climate change.” Key themes include the type of food produced and how to mitigate impacts through “climate-smart” food systems as well as dietary changes such as cutting down on meat. The report comes as a “wake-up call” to world leaders ahead of the UN Climate Change Conference, COP24, in Poland starting on Sunday.

The current approach to food, nutrition, agriculture and the environment is “unsustainable and must change” – and there is “no time to waste”, according to the 130 national academies of science and medicine, across Africa, Asia, the Americas and Europe that compose the IAP.

After working for three years on this report, these experts want to drive collective action worldwide to transform global food systems in order to feed the world’s growing population and lessen the impact of climate change.

This year has revealed, in more detail than before, precisely how vulnerable food systems are to extreme weather. Agriculture, forestry and land-use change alone, not including food transport and other energy-intensive processes, contribute approximately 20 to 25 percent to global annual emissions. The livestock sector causes the same carbon emissions as all the world’s vehicles, trains, ships and planes combined, according to the report.

This comes a few weeks after the Intergovernmental Panel on Climate Change (IPCC), issued its starkest climate change warning yet, the urgency to limit global warming to 1.5°C which would require “rapid, far-reaching and unprecedented changes in all aspects of society.”

Now, the wide-ranging IAP report – Opportunities for future research and innovation on food and nutrition security and agriculture; The IAP’s global perspective – has issued a myriad of stark warnings and red flags on how global food systems are failing humanity and speeding up climate change.

“The food industry has a huge role to potentially play. There is the whole issue of trying to make food healthier. A lot of the food on the shelves at the moment is not healthy because it doesn’t have the appropriate nutrient density,” Professor Benton says in response to FoodIngredientsFirst questions.

“There is the whole issue of fair trade, the issue of environmental sustainability, so getting the basics right of developing products that contribute positively to human health, well-being and environmental planetary health, is really important.”

“Then there is the whole issue of how can the food industry and supply chain actors engage with helping consumers make the right choices. I was recently asked, ‘what would a sustainable snack food look like in 2050?’ Where should the industry be going and how do they engage with consumers to make sure they take their market along with them rather than just say that they produce something which is not good for the health of people or the planet – it’s too difficult.”

“We need to be much more concrete and recognize that these changes are necessary. Some of the big companies are absolutely upfront to say that their business future has to be based upon providing foods that improve people’s health, not decreasing health, and improve people’s environmental well-being through making sure there is sustainable sourcing and low waste, etc,” adds Professor Benton.

Industry should “coalesce” and work together in a non-competitive space, adds Professor Benton. Industry can work with consumers and policymakers because the change has got to come if we want to live on a sustainable planet, he stresses.

“Rather than trying to fight it off and say that it’s never going to happen, there is a lot to be done to help move it on in a way that is business friendly rather than the change being imposed by circumstances.”

“Yes, the food industry needs to get the basics right,” echoes Dr. Fears. “Industry has a very important role to play,” he tells FoodIngredientsFirst.

“The issue of food production and nutrition is a vexed question and many of us in the academies would see the food industry as potentially great partners in research and innovation. We are living in an era of great scientific opportunities in food processing and changing nutrient composition. However, in order to do all of this, we really need to ask food companies to share their societal objectives for human health and planetary health. This should be part of their business plans and objectives as well as their commercial objectives.”

Recent in-depth analysis involving the University of Oxford and the Potsdam Institute for Climate Impact Research in Germany says adopting more plant-based “flexitarian” diets globally could reduce the greenhouse gas emissions of the food system by more than half.

The emergence of lab-grown meat and the growth of plant-based proteins and other foods were also part of the IAP press conference discussion. Reducing meat and eating a more plant-based diet are key ways to reduce the impact of climate change on earth while also improving health.

Why is the global food system broken?
“If you do a range estimating the external costs of our poor diet on health care and environmental systems worldwide, you get quite a big multiple of the profit made from farming, i.e. the costs are greater than the benefits. If you were to design a food system in a different way you would end up with something that looked radically different from our current food system,” explains Professor Benton.

“With regards to reducing meat, that comes to how much value you put on having a sustainable planet to live on in 50 or 100 years time or longer. Thinking of issues from the middle to the latter half of the century, I would say that it is vital that we change our relationship, especially with red meat.”

“There is some evidence of the role of red meat, and particularly processed red meat, in terms of ill health. Partly that is through cancers and excessive calorie production.”

He points out that society has spent decades heavily investing in fuel efficiencies to drive down greenhouse gasses from the transport sector.

“We need to do something radically similar within the farming sector,” possible by changing the way we “grow the animals,” he adds.

“No academic expert in this area is saying that the world should be vegan or vegetarian. The issue is that too much meat eating is doing the damage and eating less meat is perfectly [possible] in health and planetary boundaries,” he adds.

The IAP report comes just ahead of COP24 and food security meetings with the European Commission, the Food and Agriculture Organization of the UN and the International Food Policy Research Institute.

“Next week at COP24, we need to see leaders take action on climate change and go beyond political statements. It is not only the environment that is at stake but health, nutrition, trade, jobs and the economy. Agriculture and consumer choices are major factors driving disastrous climate change. We need robust and ambitious policy responses to address the climate impacts of agriculture and consumer choice and scientists have a major role to play,” says Professor Joachim von Braun, Co-Chair of the IAP Project.

What kind of changes need to be made?
The IAP says there is an urgent need to strengthen evidence-based policies and programs and invest in solving the “most critical challenges of our times.” This can be done through food production and consumption of healthy and sustainable food. It calls for climate-smart agriculture, innovative food and cutting-edge technologies.