You are in : All News > EFSA publishes annual report on pesticide residues in food 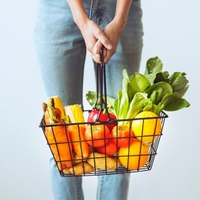 03 Apr 2020 --- The European Food Safety Authority (EFSA) has published its annual report on pesticide residues found in food in the EU. Data from the study assesses consumer exposure through their diets to pesticide residues and performs an analysis of the chronic (long-term) and acute (short-term) risks. It also provides risk managers with important information on which to base decisions regarding future control measures. This year EFSA has translated the results of the coordinated program into browsable charts and graphs published online, to make the data more accessible to non-specialists.

“This report is not conceived to monitor pesticides use in quantitative terms. It is rather a tool to monitor the quality of pesticides used. In other words, this is a tool to monitor if pesticides are used according to the existing legislation. Furthermore, it is not a matter of the use of pesticides in a free market, where food grown in one country can be consumed in another Member State, without taking import samples from third countries into account,” an EFSA spokesperson tells FoodIngredientsFirst.

The report is based on data from the official national control activities carried out by Iceland and Norway and includes both targeted and random sampling. A total of 91,015 samples were analyzed in 2018, 95.5 percent of which fell within legally permitted levels. For the subset of 11,679 samples analyzed as part of the EU-coordinated control program (random collection), 98.6 percent of samples were within legal limits.

Click to EnlargeA total of 91,015 samples were analyzed in 2018, 95.5 percent of which fell within legally permitted levels.Randomly collected data offered in the report is highlighted by ESFA as particularly useful, as it covers the same basket of products on a three-year rotation, which means that upward or downward trends can be identified for specific goods.

“It is the responsibility of the competent national authorities in each Member State to make sure that the food placed on the market in their territory comply with the legal limits for pesticide residues. Hence, it is not EFSA that carries out the sampling but the Member States. Member States report their results to EFSA and we compile the European report, analyzing the finding of all Member States,” explains the spokesperson.

The national control programs are risk-based and target products that are likely to contain pesticide residues or for which legal infringements have been identified in previous years. These programs give important information to risk managers but – unlike the data from the EU coordinated program – they do not provide a statistically representative picture of the levels of residues that one would expect to find in food on the shelves in shops across Europe, notes ESFA.

“For many years this report has supported the work of the European Commission and Member States in ensuring the proper use of pesticides in line with EU legislation and targets. Efficient collection and rigorous analysis of such data will continue to be of central importance in ensuring the safety of food sold in the EU,” concludes Bernhard Url, EFSA’s Executive Director.

Novel alternatives to pesticide use
Almost €15 billion (US$16.7 billion) of the EU’s annual agricultural output is directly attributed to insect pollinators – insects essential to agriculture, which carry pollen from one plant to another – according to the European Parliament (EP). In the past decades, pollinators have significantly declined in occurrence and diversity in the EU. In a resolution adopted last December, the EP welcomed a new EU Pollinators Initiative, but highlighted that it fails to protect bees and other pollinators from some of the many causes of their decline, including pesticides.

Agri-tech offers novel opportunities for farmers seeking to eliminate pests while cutting down on pesticide use. In this dynamic space, Vertical Field is marketing a new way to supply fresh kosher greens locally and easily. The company’s cultivation process involves a pesticide-free, soil-based urban farming concept. The greens are grown indoors on Vertical Field’s “vertical living walls,” entirely free from exposure to insects.

Meanwhile, Toronto-based start-up Bee Vectoring Technologies International (BVT), which uses bees to deliver fungicide, has been given US regulatory approval for its Clonostachys rosea CR-7 (BVT-CR7) for use on commercial crops. Hailed as a “groundbreaking shift in how plant care products can be applied,” the EPA-approved inoculate will significantly cut operational costs and harmful chemical use, while reducing the risk of crop diseases, notes the company.

20 Jul 2020 --- Barry Callebaut has revealed its target to become “forest positive” by 2025 as part of its Forever Chocolate commitment. This means that the Swiss... Read More

17 Jul 2020 --- Mandatory national origin labeling in the EU is coming under fire as some F&B organizations flag that it instigates protectionism and goes against the... Read More

16 Jul 2020 --- There is a fundamental and often-overlooked connection between pandemics such as the current COVID-19 crisis and our animal-based food system, says a major new... Read More