You are in : All News > Save our bees: EU MEPs flag urgent need for widespread reduction of pesticides 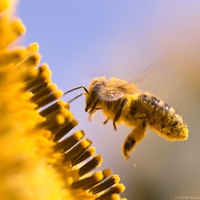 20 Dec 2019 --- Almost €15 billion (US$16.7 billion) of the EU’s annual agricultural output is directly attributed to insect pollinators – insects that carry pollen from one plant or part of a plant to another – according to a report by the European Parliament (EP). In the past decades, pollinators have significantly declined in occurrence and diversity in the EU. In resolution adopted this week, the EP welcomed the EU Pollinators Initiative, but highlights that it fails to protect bees and other pollinators from some of the many causes of their decline, including intensive farming, pesticides, climate change, land-use changes, loss of habitat and invasive species.

“The EPcalls on the EU Commission (EC) and Member States to increase efforts to expand its Pollinators Initiative and to come up with new measures to protect bees and other pollinators. It is up to them to find the answers that could be different in other Member States,” a spokesperson of the EP tells FoodIngredientsFirst.

As pollinators are essential for biodiversity, agriculture and reproduction in many plant species, Members of the EP (MEPs) are urging the EC to present a “full-scale action program” to curb this insect decline with sufficient resources. To help further decrease pesticide residues in bee habitats, reducing the use of pesticides must become a key objective of the future Common Agricultural Policy (CAP), the MEPs say.

They also call for EU-wide mandatory reduction targets to be included in the upcoming revision of the Directive on the sustainable use of pesticides. The EP is adjunctly demanding that more funds to support research into the causes of bee decline to protect the diversity of pollinator species.

Critically, a widely used agricultural neonicotinoid – also referred to as “neonic” – called clothianidin has been found to cause honey bees to become more susceptible to deadly varroa mites, according to a study from the University of Guelph, Canada. It found that clothianidin debilitates bees’ self-grooming behavior, which typically deters infestations of parasitic mites. These findings again highlight the need for industry action to reduce the use of pesticides, or find alternatives to curb insect infestations.

Novel forms of pesticide alternatives have been spotlighted across the agricultural sector this year. Last September, a Toronto-based start-up Bee Vectoring Technologies International (BVT), which uses bees to deliver fungicide, was given regulatory approval for its Clonostachys rosea CR-7 (BVT-CR7) for use on commercial crops. Hailed as a “groundbreaking shift in how plant care products can be applied,” the EPA-approved inoculate is said to significantly cut operational costs and harmful chemical use, while reducing the risk of crop diseases.

Direct impact on agricultural output
In April 2018, the EU agreed to fully ban the outdoor use of imidacloprid, clothianidin and thiamethoxam, all known as neonicotinoids. However, several Member States notified emergency exemptions regarding their use on their territory. After calls for action from the EPand Council of the EU to protect bees and other pollinators, the EC presented its Communication on the EU Pollinators Initiative on June 1, 2018.

In recent years, public attention has been drawn to the plight of honeybee populations, which have seen losses in the EU and around the world. In August, various civil society organizations across the EU called for pesticides to be phased out, biodiversity to be restored and farmers to be supported during a food and farming system transformation. Behind this highly publicized phenomenon is a problem of a much larger scale, namely the dramatic decline in the occurrence and diversity of all kinds of European wild insect pollinators, including wild bees, hoverflies, butterflies and moths. Numerous pollinator species are extinct or threatened with extinction.

The first global report on pollinators issued by the Intergovernmental Science-Policy Platform on Biodiversity and Ecosystem Service names land-use change, intensive agricultural management and pesticide use, environmental pollution, invasive alien species, pathogens and climate change as the main threats to pollinators. It also identifies significant gaps in knowledge of how these drivers work and the need for cross-sectoral action to tackle them. The Convention on Biological Diversity endorsed the findings of the report and highlighted the importance of pollinators and the ecosystem services they deliver to achieving a number of the UN Sustainable Development Goals.

The EU has put in place a range of measures beneficial to pollinators, notably under environment and health policies (in particular the Birds and Habitats Directives and the EU legislation on pesticides), as well as under the common agricultural policy, cohesion policy and research and innovation policy. There are also a number of national and regional pollinator strategies in place.

However, to date there has been no single, coordinated EU action to address the decline of pollinators through an integrated approach involving different sectors and policies, notes the European Commission. Pressingly, the EU and its Member States need to address the problem together.

24 Jun 2020 --- More action is needed to safeguard the health, safety and working conditions of cross-border and seasonal workers in key economic sectors including agriculture and... Read More

09 Jun 2020 --- Insects are in global decline because of industrial farming and heavy pesticide use, which are posing a direct threat to food production, according to a new... Read More

08 Apr 2020 --- The outbreak and spread of COVID-19 and the subsequent measures implemented by governments to contain it have resulted in the abrupt closure of the majority of the... Read More