You are in : All News > WTO urges multilateral trade deals to stave off food insecurity and overfishing 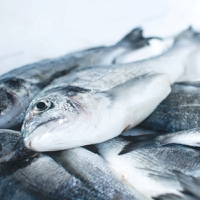 13 Jun 2022 --- With a large part of the world in the throes of food insecurity, the World Trade Organization (WTO) has urged member countries to pool trade agreements and fishing subsidies to help the international community recover and tackle the ongoing challenges.

At the 12th WTO Ministerial Conference in Geneva, director-general Ngozi Okonjo-Iweala stated “this is the time” to show that multilateralism works as the world grapples with uncertainty and crises on multiple fronts.

The overlap of crisis conditions is leading to massive hunger risk in the poorest countries, crop shortages and predictions that it could get worse in the months ahead as inflation continues to increase.

According to data from the UN Food and Agriculture Organization, fish stocks risk collapsing in many parts of the world due to overexploitation. It is estimated that 34% of global reserves are overfished compared with 10% in 1974.

The data suggests stocks are being exploited at a pace where the fish population cannot replenish itself. Declining fish stocks threaten to worsen poverty and endanger communities that rely on captured fisheries for their livelihood and food security.

Disaster response required
In a scenario where WTO members cannot deliver results or where they allow for economic and regulatory fragmentation, there is a real possibility that global gross domestic product will be lowered to 5%. The figure is based on the organization’s economic estimation earlier this year.Multilateralism touted as solution to multiple crises.

“The financial crisis of 2008 to 2009 is estimated to have lowered rich countries’ long-run potential output by 3.5%. And the 5% estimate represents just the start of the economic damage. Additional losses would come from reduced-scale economies, transition costs for businesses and workers, disorderly resource allocation and financial distress,” Okonjo-Iweala said.

The scenario is even more likely if the world economy decouples into self-contained trading blocs, which will lead to substantial costs for governments and constituents, the director-general suggested.

Okonjo-Iweala emphasized that making the right deals will enhance the ability of WTO members to respond to people’s aspirations for food, health, security, better jobs, higher living standards and a sustainable environment on land, in the oceans and the atmosphere.

Moving beyond geopolitical tensions
Food systems are in need of urgent reform if millions are to be spared from critical food insecurity, according to the International Panel of Experts on Sustainable Food Systems (IPES).

Trade decoupling would entrench the development setbacks caused by the COVID-19 pandemic, making it much harder for poor countries to catch up with richer ones, WTO reports.

Members were urged to provide guidance on agricultural negotiations and ways to curb fishery subsidies with a balanced package that considers the principle of special and differential treatment for developing countries.

OverfishingFish stocks are being exploited faster than they can be replenished.
Fish populations are in a far worse state than previously estimated, according to Minderoo Foundation’s Global Fishing Index (GFI), the most extensive independent assessment of global fish stocks to date.

The report finds that a tenth of fish stocks globally are now on the brink of collapse, reduced to just 10% of their original size.

Under the mandate from the previous WTO ministerial conference and the UN Sustainable Development Goal Target 14.6, negotiators have been tasked with securing agreement on disciplines to eliminate subsidies for illegal, unreported and unregulated fishing and to prohibit certain forms of fishery subsidies that contribute to overcapacity and overfishing.

“After over twenty years, it is long past time for the WTO to deliver on its promise to agree to rules that will stop subsidies for illegal and excessive fishing,” said Santiago Wills, chair, fisheries subsidies negotiations.