You are in : All News > Weekly Roundup: Nestlé moves beyond forest protection, Brenntag acquires JM Swank

25 Jun 2021 --- This week in industry news, Nestlé announced aims to help restore forests as part of its efforts to reach net-zero emissions by 2050. Ardent Mills advanced its regenerative agriculture program, and Mondelēz International switched to renewable electricity for all six of its UK production sites. Meanwhile, a vast majority of companies that pledged to remove cruel cages from supply chains by 2020 completed the transition, as highlighted by Open Wing Alliance (OWA).

In brief: Sustainability
With Nestlé’s latest “forest positive” approach, the company is aiming to further promote sustainable livelihoods and the respect of human rights. Ninety percent of Nestlé’s key “forest-risk” commodities – palm oil, sugar, soy, meat, and pulp and paper – have been assessed as deforestation-free as of December 2020. The Swiss food giant highlights it has used tools such as supply chain mappings, certification, on-site verification and satellite monitoring services like Starling or Global Forest Watch, to achieve this result. In its efforts, the company also collaborated with farmers, farming communities and suppliers on the ground. 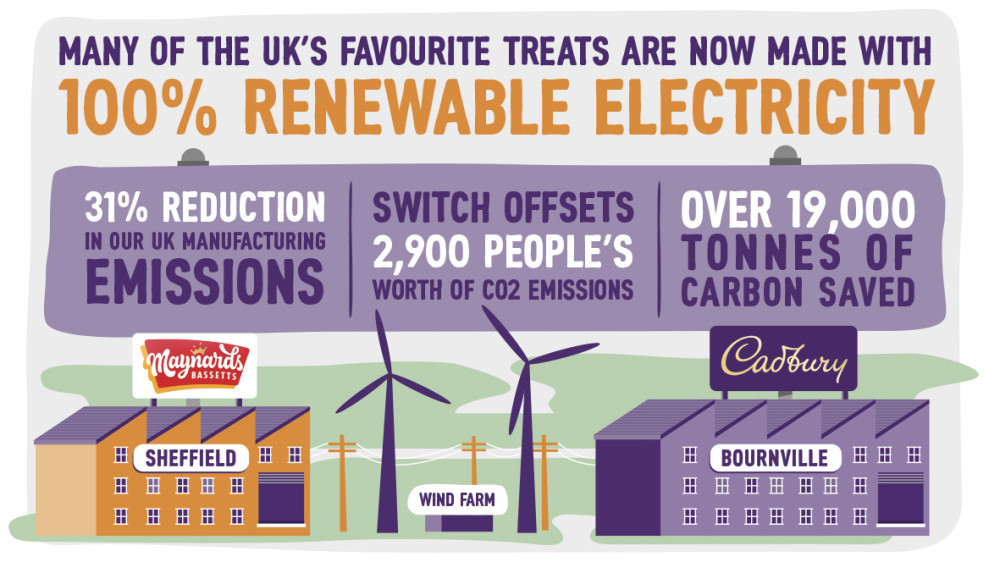 Carbery Group has revealed that a partnership it is leading has won the Science Foundation Ireland zero-emissions challenge with their Farm Zero C project, which creates a climate-neutral dairy farm. Carbery, along with partners BiOrbic, have been trialing various approaches to reduce emissions on Shinagh Farm, a heavily stocked 200-acre dairy farm owned by the four West Cork co-ops of Bandon, Barryroe, Drinagh and Lisavaird in the UK.

In brief: Acquisitions
Heineken has acquired an additional 39,644,346 ordinary shares in United Breweries Limited (UBL), taking its shareholding in UBL from 46.5 percent to 61.5 percent.

Brenntag has acquired the US-located Storm Chaser Holding Corporation (JM Swank) from Platinum Equity. The distributor of food ingredients reported sales of approximately US$500 million in 2020. With an enterprise value of US$304 million, this is a decisive step in expanding Brenntag’s position in the North American Nutrition industry and a key acquisition aligned with Brenntag’s M&A strategy.

In brief: Plant-based highlights Prof. William Chen (left), director of NTU’s Food Science and Technology Programme, is one of Singapore’s leading food scientists.
Touted as a historic decision, Nanyang Technological University (NTU) – one of the top universities in Asia, based in Singapore – has approved a new alternative protein university course for undergraduates titled, “Future Foods – Introduction to Advanced Meat Alternatives.” The course is being coordinated by Professor William Chen, director of NTU’s Food Science and Technology Programme (FST) and a senior science and technology consultant to GFI APAC, collaborating with GFI’s global network of scientists.

In brief: Other highlights
The OWA has released a report revealing that 85 percent of all corporate cage-free commitments to remove cruel cages from their supply chains by 2020 or earlier have been fulfilled. This new data shows groundbreaking momentum within the global egg industry due to ongoing negotiations by 78 animal protection organizations in 63 countries that make up the OWA. This builds on momentum in the EU, where the European Parliament voted to support a ban on cages earlier this month; and in the US, where nine states have passed laws to ban cruel battery cages.

Finally, the US Department of Agriculture (USDA) has announced US$55.2 million in competitive grant funding available through the new Meat and Poultry Inspection Readiness Grant (MPIRG) program. The new program is funded by the Consolidated Appropriations Act of 2021.