You are in : All News > Weekly Roundup: Mane unveils spice extracts range, Seaweed to star in 2021

08 Jan 2021 --- This week in industry news, Mane unveiled its latest range of spice extracts with profiles true to freshly ground spices. Neogen Corporation acquired Ireland-based Megazyme and NSF International acquired Global Trust Certification Limited. Eat Just revealed that Dicos, a Chinese fast-food chain, has added the JUST Egg to its menu at over 500 locations in the country. Meanwhile, Waitrose pegged seaweed for success as an ingredient in 2021.

In brief: Business moves
In 2014, French flavor house Mane secured its spice supply chain by taking a majority stake in the Indian spice specialist Kancor. The two companies have been fully merged since 2018, and this integration has allowed the development of a new generation of spice extracts. The project started in 2017 following evidence that existing nutmeg solutions were not stable in meat applications over time. Throughout the project, other spice sources were integrated to test hypotheses and confirm the final solution. With an extract load close to 25 percent and profiles true to freshly ground spices, Mane’s new generation of spice profiles has also undergone different sensory analysis tests to prove their effectiveness compared to standard spice flavoring solutions. The range integrates the most common spice profiles found in meat applications, such as black pepper, white pepper, nutmeg and cumin. Overall, it consists of 11 references.

Each bottle of Tanya’s Just Real sauces contains at least seven fresh ingredients with vegetables, herbs and spices.Neogen acquired Megazyme, a supplier of analytical solutions used by quality control laboratories in global F&B industries. Megazyme will continue to operate as a standalone business and will be managed through Neogen’s European operations in Scotland. Megazyme was founded in 1988 to develop and refine analytical methods used to measure the carbohydrates and enzymes in grain and cereal products that affect quality. Subsequently, their interests expanded to the wine, dairy and food industries. Megazyme’s diagnostics, which are exclusively developed and manufactured in-house, have since attracted worldwide acclaim for their methodologies and exceptional component purity.

Air Protein, a pioneer in producing meat made from elements of the air, has announced the completion of its US$32 million Series A round of fundraising. Led by founder and CEO Dr. Lisa Dyson, Air Protein will use the funding to launch an innovation R&D lab, accelerate product development and commercialization, and to recruit and build a world-class team. Air Protein was inspired by Dr. Dyson’s mission to build a modern meat company to introduce nutritious, ultra-sustainable, alternative proteins that can sustainably feed the world’s growing population. The Series A is led by ADM Ventures, Barclays and GV (formerly Google Ventures). Air Protein uses a unique technology to produce protein in sustainable, vertical “farms” that can be built virtually anywhere on the planet. Air Protein meat can be produced in days, making it highly scalable and extremely planet friendly.

In brief: Plant-based highlights
Eat Just has revealed that Dicos, one of China’s fast-food chains, has added the JUST Egg to its menu at over 500 locations. The Dicos egg patty will be replaced with JUST Egg’s pre-baked, folded format, marking the first time a major Chinese quick service restaurant has swapped an animal-based product with a plant-based one. According to Eat Just, the addition of a plant-based egg at one of China’s most popular restaurants signals growing local consumer excitement and business momentum for delicious, healthier and more sustainable foods. Over 500 Dicos stores in Bejing, Shanghai, Guangzhou, Shenyang, Dalian, Changchun, Harbin and Hainan province will introduce JUST Egg in three breakfast burgers, three bagel sandwiches and a “western” breakfast plate.Seaweed is set to be the must-have ingredient of 2021, according to Waitrose.

Dina Foods has attained Vegan Society registration for its savory products, including its falafel and hummus ranges. The achievement follows a six-month program of reviews of ingredients and production processes. Dina Foods’ technical team works closely with all direct suppliers and third-party suppliers to satisfy the Vegan Society’s auditing criteria. Dina Foods managing director Suheil Haddad says that during the COVID-19 pandemic, growing demand for plant-based food has been apparent among consumers.

UK-based sauce brand Tanya’s Just Real has launched a consumer marketing campaign to drive awareness and understand the versatility of its cold-pressed, fresh sauce range. The six-flavor range of vegetable-based sauces which are available at Waitrose will feature in a PR, digital, social campaign to communicate the product and brand benefits to consumers who want all the taste and nutrients of scratch cooking but without the stress, mess and food waste. The scope of flavors include Teriyaki Malarkey, Smokey Cokey, Fiery Fiasco, Beetroot Cahoot, Cucumber Blunder and Minted Mayhem.

UK retailer Waitrose has revealed that seaweed is set to be the must-have ingredient of 2021 – with sales up 23 percent compared to last year and up by 71 percent compared to 2018. Seaweed is fast-becoming a store cupboard staple for scratch cooks. As well as being used as a fragrant garnish for noodle dishes, it can also be used to make a wonderful crispy side salad or create an umami-rich dressing. Customers are also looking for inspiration on Waitrose.com, with searches for “seaweed” up 141 percent compared last year and searches for “crispy seaweed” up 18 percent. 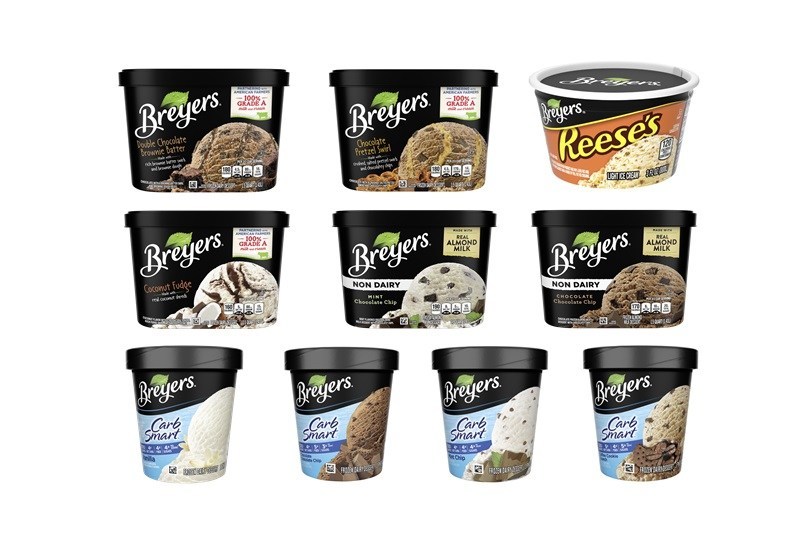 Unilever scientists and Dutch researchers have discovered the mouthfeel of food can be engineered just like the physical properties of many other non-edible materials.... Read More