You are in : All News > Weekly Roundup: Givaudan expands presence in Asia Pacific, Arla Foods joins united farmer calls to avoid a “no deal” Brexit 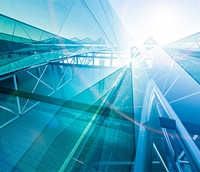 26 Oct 2018 --- In business news this week, Givaudan announced the opening of a new commercial and development center in Indonesia and Tereos opened an R&D center in Singapore, bringing its solutions to the food sector in Asia Pacific. Palsgaard has taken another step towards carbon-neutrality and Arla Foods and Bangladesh’s leading dairy cooperative are joining forces to support the sustainable development of the country’s dairy sector. In the same week, Arla Foods joined the UK and European farmers in a united call to avoid a “no deal” Brexit. Finally, the US dairy industry has applauded work to deepen Philippine trade relations.

In brief: Asia Pacific development
Givaudan has officially opened a new commercial and development center in Jakarta. Designed to deliver a level of creative flavor, taste and fragrance solutions, the CHF 2.9 million (US$2.8 million) investment demonstrates the company’s ongoing commitment to the Asia Pacific region. The new 2,600 square meters commercial and development center will enable Givaudan to serve customers across a wide range of food, beverage and consumer goods segments including, sweet goods, savory, snacks, beverages and personal care. For the first time in Indonesia, the company will offer in one location a full range of flavor and fragrance creation and application development capabilities.

Tereos has announced the official opening of the Tereos Asia R&D Centre, in collaboration and supported by the Singapore Economic Development Board (EDB). With an aim to provide novel solutions on key local applications to the Asian markets, Tereos food scientists at the newly established R&D center will leverage the group’s extensive portfolio of products to address the regional demand for noodles, bakery products, confectionery, teas, sauces, snacks and beverages.

In brief: Sustainability
Palsgaard has taken another step towards worldwide carbon-neutral production. The company has activated 840 solar panels at its Dutch factory, which is now completely carbon-neutral. The move is another important landmark for the company as it works to eliminate its carbon footprint at all global production sites by 2020. The company has been actively working to reduce its carbon footprint since 2010. It has introduced heat recovery and insulation techniques converted from heavy fuel oil to biogas and used renewable sources of energy such as wind and solar power.

International dairy cooperative, Arla Foods, and Bangladesh’s leading dairy cooperative, MilkVita, are joining forces to support the sustainable development of the country’s dairy sector. During a visit to Bangladesh, Arla’s CEO, Peder Tuborgh, confirmed Arla’s commitment to supporting the development of the local dairy industry and the collaboration between Arla and MilkVita is a concrete next step. The agreement, which was signed at the P4G Summit in Copenhagen recently, has a four-fold purpose, according to Arla Foods. As well as enabling knowledge sharing between MilkVita, Arla Foods and relevant knowledge institutions and ministries, best practice from the Danish dairy sector will be exchanged with the aim of fulfilling the country’s commitment to improving quality standards.

Arla Foods joined farmer organizations from the UK, Denmark, The Netherlands, the Republic of Ireland, France and Germany to call for the UK government and the European Union to pull out all the stops to avoid a “no deal” Brexit. The call was made during the "Beyond Brexit: Farming for our Future" conference in Whitehall, London on 25 October, which brought together farmers, government officials and businesses from across the UK and five European countries for the first time. “It is important that the future relationship between the UK and EU remains open and farmers on both sides of the channel have a level playing field,” says Peter Giørtz-Carlsen Executive Vice President of Arla Europe. With Brexit negotiations stalled, the prospect of a no deal is very real. Arla has consistently advocated against a so-called hard Brexit, putting forward a positive solution which promotes free trade and high animal and food safety standards.

In brief: Appointments & retirements
EIT Food has announced that Mr. Filip Fontaine will complete his role as interim CEO and that Dr. Andy Zynga will become its permanent CEO effective November 18, 2018. Fontaine will work closely with Zynga to make the handover process as smooth as possible, says the company.

Executives from Walmart and the Hershey Company have come together to celebrate a shared commitment to increasing US manufacturing jobs. During the previous year, Hershey invested more than US$150 million in the US supply chain advancements that resulted in 350 new jobs across Hershey manufacturing and its suppliers. This type of expansion is possible because of strong retail partnerships. Walmart’s US$250 billion commitment to buy products supporting American jobs by 2023 is a significant contributor, enabling US manufacturers to accelerate growth.

In brief: Business
In the same week, the Hershey Company announced sales and earnings for the third quarter ended September 30, 2018, and reaffirmed its 2018 reported net sales and adjusted earnings outlook. “We remain on track to achieve the financial targets we shared earlier this year, and I am pleased with the progress we are making against our key strategic focus areas,” says Michele Buck, The Hershey Company President and CEO. “Our US core confection retail takeaway and share trends are sequentially improving, in line with our expectations. The addition of Pirate Brands strengthens our brand portfolio and marks our second high-growth, high-margin acquisition this year to capture incremental snacking occasions. Our International business continues to deliver profitability improvements while driving strong constant currency organic sales growth. Importantly, we are achieving these results while staying true to our values, as evidenced by being named to the Dow Jones Sustainability World Index for the 6th consecutive year.”

Finally, the US Trade Representative this week announced progress in talks with the Philippines under the bilateral Trade and Investment Framework Agreement (TIFA). US dairy producers and processors appreciate the Administration’s work to preserve and deepen market access ties with a country that purchased US$243 million in US dairy products last year. In a joint statement released about the recent achievements in resolving trade issues under the TIFA, both governments agreed that they should work together to benefit agriculture.