You are in : All News > Weekly Roundup: Chlorella ice cream debuts, Chocolate promises to reduce pain

11 Nov 2022 --- Sophie’s BioNutrients unveiled a sustainable and nutritious ice cream in collaboration with the Danish Technological Institute (DTI) and Painfree Chocolate was launched by The Functional Chocolate Company. Meanwhile, Nestlé partnered with Africa Food Prize to strengthen food security and climate change resilience, and ADM signed a deal to remove deforestation from its supply chains by 2025.

In brief: Business moves
Sophie’s BioNutrients and DTI, a green solutions facilitator in Denmark, have collaborated to produce its first chlorella-based ice cream, made from Sophie’s BioNutrients dairy-free Chlorella Protein Concentrate. With vegan, dairy-free options for ice cream on the rise in response to growing consumer demands for plant-based alternatives, this 100% plant-based ice cream boasts a complete nutrition profile and, in combination with other functional ingredients, mimics natural ice cream texture and can easily be made into several popular ice cream flavors with add-on toppings. 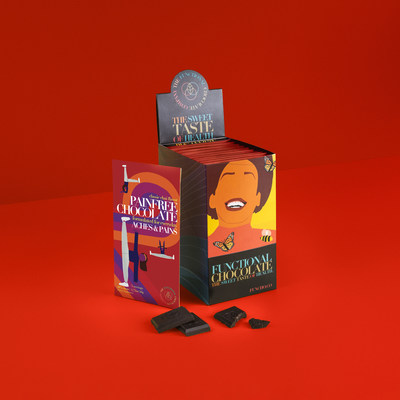 In brief: Sustainability efforts
Nestlé is partnering with the Africa Food Prize to help accelerate the transformation of food systems in Africa, strengthening the continent’s food security and building greater climate change resilience. The Africa Food Prize awards US$100,000 to individuals and institutions pioneering African agricultural and food systems transformation. The prize highlights uniquely impactful agri-food initiatives and technological innovations that can be replicated across the continent to increase food security, spur economic growth and development, and eliminate hunger and poverty in Africa.

ADM and other agri-commodity companies signed the Agri-Commodity Sector Roadmap, an agreement to remove deforestation from supply chains by 2025 while protecting global food systems and producer livelihoods. The agreement is an essential step toward putting the global economy on a 1.5C trajectory through positive forest action. ADM is also on track to achieve its traceability goals in soy supply chains in Brazil, Paraguay and Argentina by the end of 2022.

Beneo’s recent capacity increase is accompanied by steps that allow it to reduce specific energy consumption by 35% to deliver a secure supply of chicory root fiber. At its Pemuco plant in Chile, Beneo analyzed the whole production process to identify areas where energy efficiency could be improved. Based on these findings, it has upgraded existing processing equipment and invested in new technology, such as new evaporation systems, which reduce the energy required and ensure energy is used in the most efficient way possible. This investment into new technology also allows for improved process continuation, which means equipment can be cleaned without interrupting the overall process, resulting in further significant energy savings.

Beyond Meat is expanding its portfolio with Beyond Chicken Nuggets and Beyond Popcorn Chicken launching at over 5,000 Kroger and Walmart stores in the US. The two products are high in protein from a blend of fava bean and pea. This week, Beyond Meat released its Q3 financials posting a 22.5% decrease in revenue year-over-year and a net loss of US$101.7 million, with the company’s cash reserves dwindling from US$733.29 million at the start of the year to US$390.18 million the October 1.

In brief: Acquisitions
With the acquisition of livestock dealer Hausner, Vion Food Group is taking another step in expanding its activities in eastern Germany. The takeover of Hausner is expected to be finalized in Q1 2023. The acquisition also comprises the activities of Hausner in Bavaria of the former Hausner location in Pressath. By joining forces, Vion wants to respond more effectively to the requirements and needs of the cattle market while simultaneously expanding its service offering to farmers.

In brief: Miscellaneous food studies
Lycored has found that the company’s GoldHold A Dry and ResilientRed A colors are ready to meet alcoholic and mocktail beverage manufacturers’ needs for naturally derived, stable colors and meet consumers’ demands for an authentic and clean look. In a recent study, the company evaluated the stability of defined dosages in alcoholic beverages at various alcohol levels (1.2%, 5%, 15%, & 37.5%) over shelf life. Lycored’s scientists put their lycopene and beta-carotene-based colors to the test to determine the dosage required to achieve typical color in alcoholic beverages. ResilientRed A was also tested to compare the color and stability achieved against red cabbage, typically used in alcoholic beverages. Highlights of the study included: good stability for GoldHold A Dry at low dosage levels in alcoholic beverages, 5% and less and very good stability for higher dosage levels in all alcohol levels, 15% or less. Meanwhile, ResilientRed A has good stability at low dosage levels in 5% or less alcohol in colored bottles, cans, or sleeved bottles.All poultry and captive birds must be housed in England following an increase in the number of  avian influenza detections.

To demonstrate how calcium carbonate can quickly improve mouthfeel without negatively impacting taste, Omya conducted an analysis that showed a correlation between audible crispness and the content of Omya Calcipur in a wafer. Omya Calcipur has a positive impact on health and sensory qualities, mouthfeel and color in numerous applications. When used in snacks and cereals, the particles provide better extrusion and intensify the perception of salty or sweet tastes. A trial with baked wafers has revealed how a specific amount of Omya Calcipur can reduce the mass of the wafer by lowering moisture content due to increased heat transfer, ultimately resulting in a crispier end product. The higher thermal conductivity of Omya Calcipur compared to flour can be advantageous for manufacturers as it reduces cooking time.

In brief: UK highlights
All poultry and captive birds in England must be housed indoors until further notice following an increase in the number of detections of avian influenza in wild birds and on commercial premises. Bird keepers must shut their birds indoors and implement strict biosecurity measures to help protect their flocks from the threat of avian influenza, regardless of their type or size. Introducing these steps on farms is the most effective way to reduce the risk of disease spreading. The housing measures build on the strengthened biosecurity measures brought in as part of the Avian Influenza Prevention Zone in October 2022. The AIPZ means that all bird keepers must take extra precautions, such as restricting access for non-essential people on site, ensuring workers change clothing and footwear before entering bird enclosures and cleaning and disinfecting vehicles regularly to limit the risk of the disease spreading. Earlier this week, FoodIngredientsFirst reported on the rising costs of eggs in the UK.