You are in : All News > Weekly Roundup: Azelis & Corbion strengthen APAC partnership

13 Nov 2020 --- This week in industry news, Azelis strengthened its position in the Indonesian food and health market by extending its partnership with Corbion, while Tyson Foods revealed its plans for additional facilities. Meanwhile, the Good Food Institute (GFI) launched a new university course expected to “forge the next-generation of alternative protein researchers.”

In brief: Business moves
Azelis has extended its distribution agreement with Corbion. Effective from November 15, Azelis will distribute Corbion’s portfolio for confectionery, processed meat, savory applications, sauces and dressings. This partnership builds upon successful collaboration between Azelis and Corbion in the Asia Pacific region.

Amsterdam Commodities (Acomo) will be acquiring Tradin Organic Agriculture through an agreement with SunOpta. Tradin Organic has been a part of the SunOpta group of companies since 2008. In the last few months, SunOpta and Acomo had been in talks about the acquisition of the organic foods supplier.

Louis Dreyfus Company Holdings (LDCH) has signed an agreement to sell an indirect 45 percent equity stake in Louis Dreyfus Company (LDC) to ADQ, a large holding company based in Abu Dhabi, United Arab Emirates. As part of this transaction, LDC has also signed a long-term commercial supply agreement with ADQ to sell agri-commodities to the United Arab Emirates (UAE). ADQ’s broad portfolio of significant enterprises spans multiple sectors, among them, food and agriculture. As part of its strategy for the industry, the company seeks to generate financial returns and strengthen the economic cluster in the UAE.

In brief: Expansions
Tyson Foods has revealed its plans to build new production facilities in China and Thailand, while expanding its facility in the Netherlands. The latest expansions, adding over 100,000 metric tons of fully cooked poultry capacity, build on its global growth strategy. The expansions are expected to create many direct and indirect jobs as production starts in local communities. The new plant in China is expected to generate more than 700 jobs, and the European expansion will add more than 150 jobs. As part of a long-standing joint venture with GFPT Public Company Limited, Thailand’s new plant is expected to bring more than 1,000 jobs. 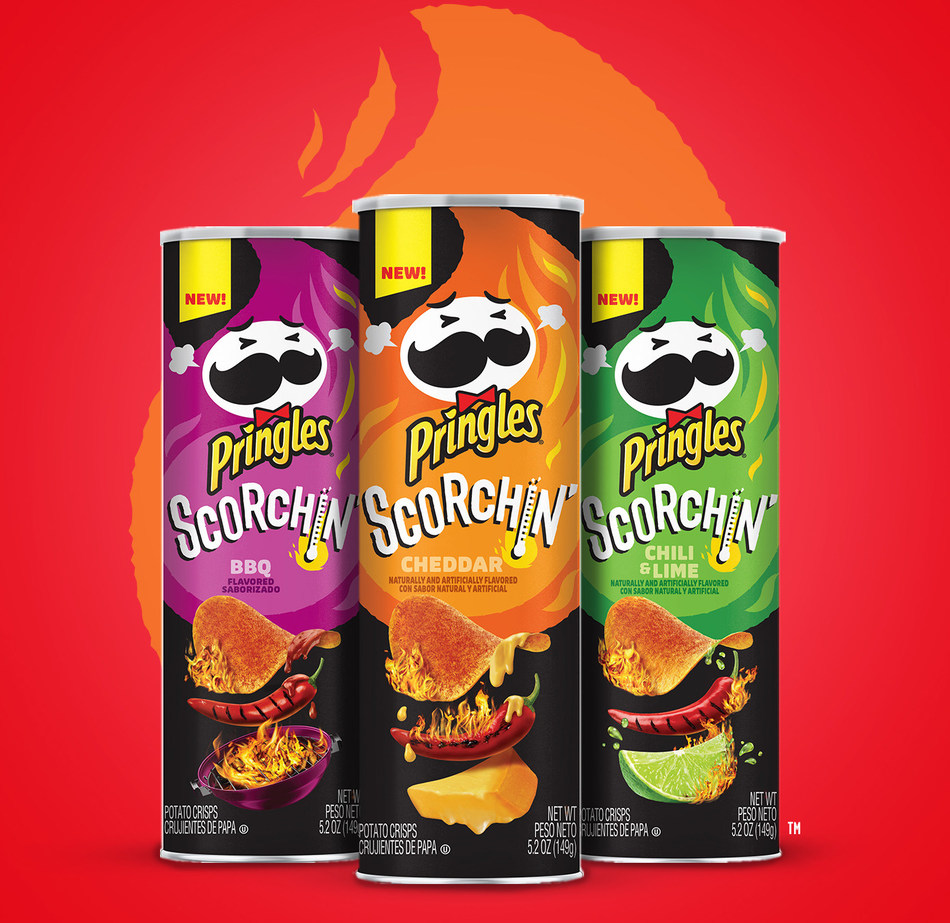 Pringles Cheddar, BBQ and Chili & Lime flavors get a fiery upgrade in the brand’s first spicy collection.PepsiCo has announced the launch of a micro-fulfillment center in Illinois, US. PepsiCo will use this strategic capability to meet the e-commerce demand of its key customers and gain important learnings by working with retail partners to build fully integrated solutions. This fully automated fulfillment approach improves COVID-19 safety, reduces floor space costs and expedites the picking process, which allows for faster delivery and a reduction in overall delivery costs.

In brief: Recognition & awards
Givaudan has been ranked in the top 1 percent of the EcoVadis Corporate Social Responsibility (CSR) assessment 2020, achieving its highest accolade, the platinum medal. The EcoVadis assessment evaluates how well a company has integrated CSR principles into its business and management systems. The evaluation highlighted Givaudan’s particular strengths in labor and human rights categories, and sustainable procurement, with scores in the top 1 percent. Overall, Givaudan achieved a score of 75/100, three points higher than its score from last year.

Fonterra achieved its most encouraging sustainability results since first annually reporting on them four years ago. Its latest sustainability report highlights the improvements made on all three of the co-op’s core environmental metrics, which revolve around greenhouse gas emissions, water use and solid waste to landfills. These results come off strong FY20 financial results and continued support for communities around New Zealand. Fonterra became the first dairy company in New Zealand to have its emission reduction targets endorsed by the UN-backed Science Based Target initiative. The company also achieved its 20 percent reduction in energy intensity from 2003 to 2020 on its manufacturing sites.

Edlong has joined WBENC and General Mills in their dedication to accelerating growth through a new outreach and development program focused on fueling opportunities for women growers and farmers. Recognizing the intersection that many people represent within the diverse community of minority, veteran, LGBTQ, people with disabilities and women, this program will speak to that intersection and various entities’ certification. The Women Growers & Farmers Program is designed to bring together women in dairy and agriculture and unlock opportunities with major corporations like General Mills through WBENC Certification.

In brief: Other highlights
For the first time, a comprehensive course on alternative proteins is being offered across multiple universities in Israel. GFI Israel launched the first pilot course at The Hebrew University of Jerusalem in the spring semester of this year. Named “Cultivated Meat and Plant-Based Meat,” the course was offered in the Faculty of Biochemistry and the Food Sciences. Since then, the course has expanded to  Tel-Aviv University and Ben Gurion University. Over the next few years, both the alternative protein industry and academia could leverage courses like this to bolster the alternative protein talent pipeline. GFI is already working with several other universities that want to incorporate the course into their curriculum. GFI is looking to support developing similar courses in additional universities’ life science departments. 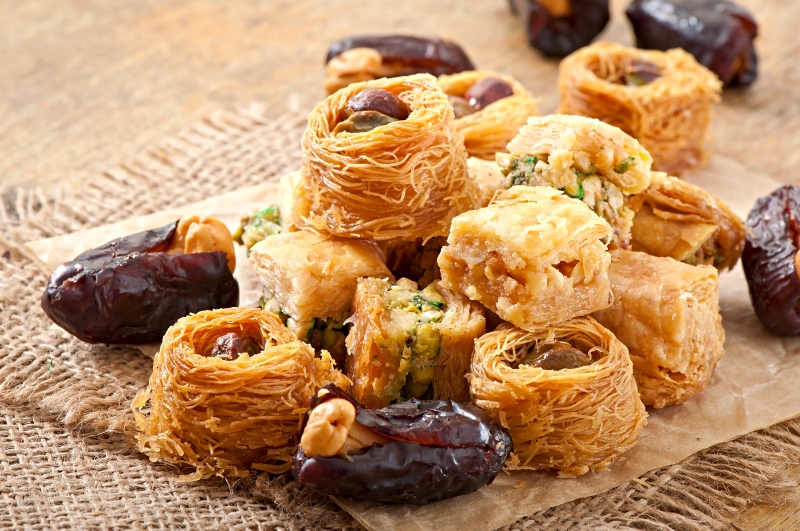 Dina Foods is launching a giveaway competition using the hashtag #NationalBaklawaDay.Pringles are launching a full collection of spicy potato chips dedicated to their heat-loving snack fans. The new Pringles Scorchin’ lineup adds fiery heat to three Pringles originals – Cheddar, BBQ and Chili & Lime. The new Pringles Scorchin’ flavors will be available through a limited release in retailers in the US beginning in December with a full release, including Grab & Go size, in 2021.

Vivera, a Dutch manufacturer of meat alternatives, has announced a partnership with ProVeg International to promote the popular Veggie Challenge on 40 million of its products in 2021. Together they hope to bring Europe closer to a more plant-based society. Through the Veggie Challenge, ProVeg has so far helped over 300,000 people reduce their meat consumption.

To celebrate National Baklawa Day on November 17, Dina Foods is hosting a giveaway competition across social media channels. The UK supplier is aiming to attract fans of flaky filo pastry, sandwiched with chopped nuts and drizzled with sugar syrup, with a competition on Instagram – also promoted across Facebook, Twitter and LinkedIn – to win a luxury selection of a full kilogram of its premium mixed baklava and Filo Delights. Dina Foods’ baklawa can also be purchased from Asda, Morrisons, Sainsbury’s, Waitrose, Tesco and Home Bargains in the UK, and Tesco in Ireland.

Ingredients supplier Azelis has entered a new partnership with flavor house Symrise in India and Indonesia. This collaboration is expected to bring new solutions that... Read More

With energy costs weighing down productivity in Europe, DSM has lowered its full year 2022 outlook.