You are in : All News > Waitrose launches first own brand plant-based bacon alternative

21 Oct 2019 --- As consumers call for high-quality vegan substitutes for meat products continues to rise, UK retail giant Waitrose has launched its first own label vegan bacon alternative, dubbed “facon.” Made from seitan, the bacon is offered in “slices” and “pieces” and is designed to be added to vegan breakfasts or in an alternative “facon” sandwich. It is touted for its rich, smokey and earthy flavor and has been cured in maple syrup for an added hint of sweetness.

Searches for vegan bacon on Waitrose.com saw a 94 percent increase, with sales for the overall vegan category up 35 percent compared to 2018, says the company. Waitrose boasts a wide range of vegan alternative products. These are not just in the meat aisle with sausages, burgers, ham and scampi, but also with dairy goods such as ice cream, pizza cheese, milk and yogurt.

The demand for vegan alternatives to traditional meat products is ever-increasing, according to Innova Market Insights data. A 2018 consumer survey by the market researcher found that one in five US consumers “have eaten less meat across the past year.” Meat substitutes accounted for 14 percent of global meat launches in the first nine months of 2018, up from six percent in 2013. 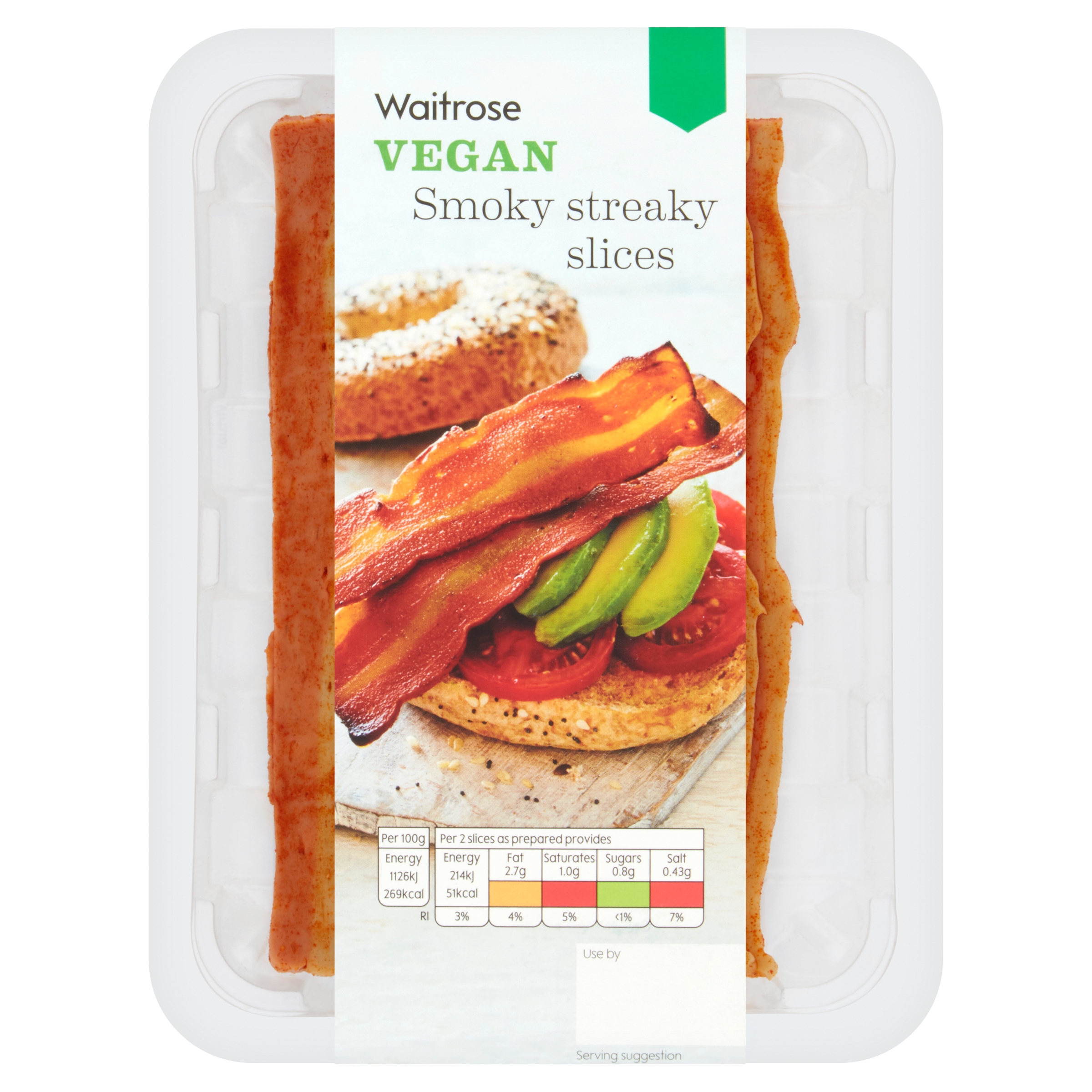 Click to EnlargeWaitrose Vegan Smoky Streaky Slices. Source: Waitrose.Meat alternatives are on the rise amid growing consumer trends and market dynamics toward a flexitarian diet, reduced meat consumption and choosing healthier options. The environmental impact of food is also being increasing scrutinized by mindful consumers and consequently food innovators are keeping issues such as sustainability top-of-mind.

Beyond Meat partnered with Carl’s Jr. to launch a plant-based burger, coined The Beyond Famous Star, to keep pace with the growing appetite for flexitarian food. With a 100 percent plant-based patty from Beyond Meat, the quarter-pound patty is cooked on an open flame in Carl’s Jr.’s Charbroiler.

US vegetarian food innovator, Sweet Earth, which is owned by Nestlé, has unveiled the “Awesome Burger,” a plant-based offering that signals its latest move in the meat-free market and competes with rival products from the likes of Impossible Foods and Beyond Meat.

17 Mar 2020 --- Impossible Foods has secured approximately US$500 million in its latest funding round. The company will use the funds in part to invest in fundamental research and... Read More