You are in : All News > Meat alternatives growth: Beyond Meat partners with Carl’s Jr. and Nestlé plans plant-based burger launch 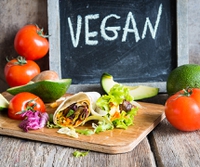 03 Jan 2019 --- Beyond Meat is partnering with Carl’s Jr. to launch a plant-based burger, The Beyond Famous Star, to keep pace with the growing appetite for flexitarian food. Hailed as “a first-of-its-kind” flexitarian take on the Carl’s Jr. Famous Star, with a 100 percent plant-based patty from Beyond Meat, the quarter-pound patty is cooked on an open flame in Carl’s Jr.’s Charbroiler. The move comes as the number of people following plant-based diets continues to rise with an increase in vegetarians, vegans and flexitarians around the world. It also coincides with Nestlé’s reported spring launch of a plant-based meat-free burger as the food giant plans to capitalize on the popularity of plant-based products.

Consumers are more conscious than ever about making responsible food choices that are not only healthy, but that also take sustainability and ethical considerations into account.

Plant-based meats will continue to dominate this year as the number of meat alternative products is increasing all of the time.

Released through the Garden Gourmet brand, the Nestlé plant-based patty will be made from soy and wheat proteins and will compete with other established meat alternatives including the Beyond Burger and Impossible Burger.

Meanwhile, Beyond Meat and Carl’s Jr. brands unite to introduce a new innovation in fast food, marking Beyond Meat’s largest partnership to date in the US.

“We know people are looking for options – in fact, roughly one-third of consumers identify as flexitarians – and we’re thrilled to partner with Beyond Meat to bring more delicious, irresistible flavors to our menu,” says Jason Marker, CEO, CKE Restaurants. 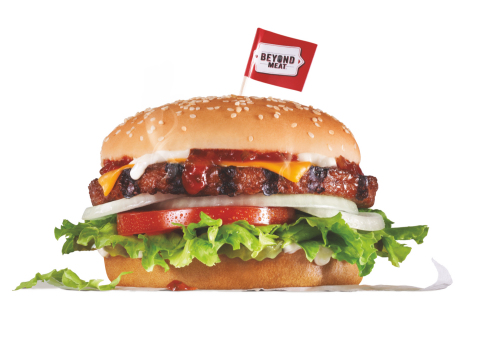 The Beyond Famous Star features the Beyond Burger patty topped with melted American cheese, lettuce, tomato, sliced onions, dill pickles, special sauce and mayonnaise on a seeded bun. The Beyond Burger patty is free from GMOs, gluten and soy and has lower saturated fat than regular beef, but still delivers flame-broiled flavor and 20g of protein.

“I have longed for the day when my kids can go to a major fast-food chain and order the Beyond Burger. I am grateful to say that day has arrived,” says Ethan Brown, Beyond Meat Founder & CEO. “At our core, Beyond Meat is about enabling consumers to ‘Eat What You Love,’ and there is no better example than being able to enjoy a delicious Carl’s Jr. burger while receiving the added health and sustainability benefits of the plant-based Beyond Burger.”

“It is with innovative and forward-looking partners, like Carl’s Jr., that we are building a brighter and more sustainable future,” he adds.

The strength of the category was also recently highlighted when Unilever acquired Netherlands headquartered meat alternative innovator The Vegetarian Butcher in late December, bolstering its position in the meat-free segment.

Unilever is looking to expand its portfolio into plant-based foods that are healthier and have a lower environmental impact and, through this acquisition, Unilever is responding to the growing trend among consumers opting frequently for vegetarian and vegan meals.

In the Netherlands alone, some 750,000 people now identify as vegetarian. But flexitarians, who regularly choose to eat less meat, now make up two-thirds of the Dutch population, according to recent research from the University of Wageningen.

And now Nestlé – which is realigning its strategy to improve efficiency and enhance competitiveness as dairy and meat demand dips – will tap into the alternative burger space with the forthcoming release of The Incredible Burger.

FoodIngredientsFirst has reached out to Nestlé for more information.