You are in : All News > Vegan brand revival: Meat and dairy companies innovate to capture younger consumers 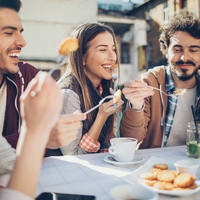 FoodIngredientsFirst spoke with innovators on the show floor of Anuga 2021, which took place in Cologne, Germany earlier this week. Plant-based development was prevalent, with companies from traditional categories, such as traditional Greek pies and Spanish cured ham, investing in animal-free innovation. 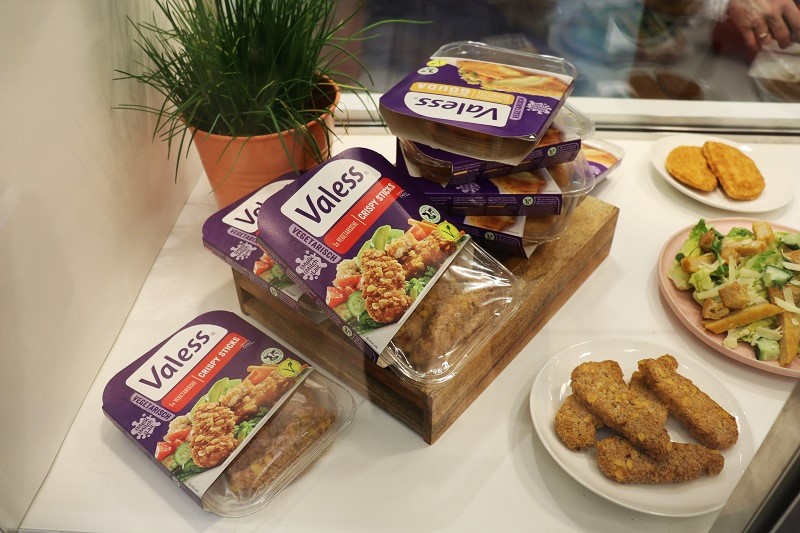 Valess is exploring vegan alternatives to its milk-based meat analogs.Taste “unique selling point”
FrieslandCampina’s Valess brand is one business exploring vegan alternatives to its meat replacements made from dairy fiber. Despite the fact that its milk-based products already satisfy its largest consumers demographic – flexitarians – the company reports that data shows a need for more vegan options.

“We see that people want to have more plant-based products, even if they are not vegan. So we want to answer that demand with an additional range of products,” said Wieteke Janssen, marketing manager at Valess.

The vegan line is expected to launch within the next two years, provided the company can successfully replace its core milk-based ingredient.

“Our unique selling point is the taste. That’s what we communicate and that’s what’s important to us. So we will only do it if we can make it as delicious as our other products while also providing nutrition in terms of a high protein digestibility corrected amino acid score (PDCAAS),” said Janssen.

This is not the first time FrieslandCampina has made a move in the plant-based space. Last year the global dairy supplier joined forces with Valio to pilot the oat-based milk and yogurt alternative OddlyGood in Finland. 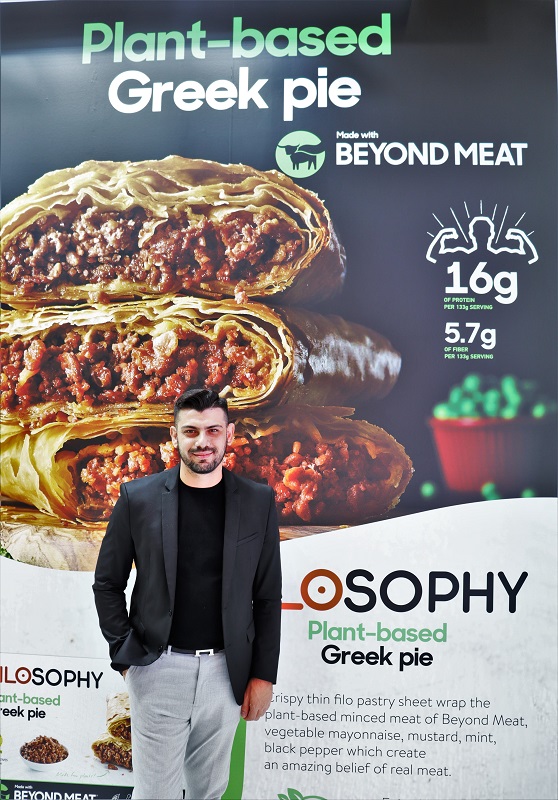 Filosphy’s Yannis Portokalidis initiated a partnership with Beyond Meat to accelerate interest in the vegan Greek pie.Partners in plant-based
Brand collaborations in the plant-based space are also taking hold, as companies seek to differentiate themselves from the competition. Greek filo dough brand Filosophy entered the vegan space with a partnership with Beyond Meat, making use of its vegan mince in the company’s classic pies.

Yannis Portokalidis, marketing manager at Filosophy, said that the company gained a “huge advantage” by partnering with the well-known brand Beyond Meat for its plant-based debut.

Filosophy also has an exclusive agreement to use Beyond Meat in meat pies in the Greek market, which was “essential,” explained Portokalidis, because the category is “very tough.”

Entry into plant-based was inspired during Portokalidis’ studies in London, where he became acquainted with vegan trends. When he returned to Greece, he encouraged the company, which is owned by his family, to invest in vegan products and kickstarted the partnership with Beyond Meat.

Filosophy plans to continue its work with Beyond Meat to develop new products. In 2022, the company is also set to expand its Beyond Meat Pie offering to the US market via the Beyond Meat channels.

Tapping into young consumers
For German milk manufacturer Turm, moving into the plant-based space was a way to reach new consumers. The company founded in 1949 is a long-time producer of the flavored milk drink Milch Pause found in German convenience and retail stores.

“In previous years, the shelf for non-dairy products has been growing and we thought – as we are producers of milk-based drinks and we know the tastes of these drinks – we could create our own non-dairy alternatives to get new, younger consumers interested in our products,” said Andreas Kröber, managing director at Turm.

German dairy Turm is appealing to younger consumers with a colorful line of premium dairy alternatives.“At previous trade shows, we focused on our coffee creamers. I wanted to relaunch this company to make it younger.”

Turm’s new range is based on oats due to their “clean taste” and is expected to start hitting supermarket shelves within the next few months. Kröber said its first sales will begin in Germany, but there is international interest, and a special recipe has been designed for the Chinese market.

Premium positionings
Kröber highlights that an additional benefit of entering the plant-based market is the potential for higher profit margins.

“Dairy-based drinks have very low margins. They are also cheaper to produce because dairy production has already been scaled up.”

Oat drinks cost a bit more to produce, he says, but consumers are also willing to pay more.

The initial flavors of Turm’s oat drinks are pure, chocolate, iced coffee and vanilla. Strawberry is still being perfected, as well as organic iterations of the plant-based beverage.

“It took us one and a half years to get the recipe right,” added Kröber. It was important for us to keep the ingredients list simple as this is a premium product in a glass bottle.

Spain-based Zyrcular Foods has developed a plant-based chorizo with funding from the meat group Vall Companys.Another differentiator, noted Kröber, is that the product is ambient, providing consumers with more flexibility and a long shelf life. “We are the only ones we know of doing this in a glass bottle with ambient storage.”

Traditional products go vegan
Some of the more surprising offerings in plant-based are being developed by companies focused on traditional production methods. Vall Companys, for example, a group of brands that centers around traditional meat products from family farms in Spain, has invested €3.5 million (US$4 million) in alternative proteins. The financing has supported Zyrcular Foods, an alternative protein company covering all value chain stages.

It is currently producing plant-based meat and fish analogs under the brand Amara and private labels to specific partners in Spain.

However, cured plant-based products are still in development. “They are difficult to produce with a higher standard of quality. We are working to find the appropriate solutions to meet the texture and flavor.”

We’re a team of passionate ingredient specialists who add goodness to the foods, beverages, and businesses that nourish the world. All around our planet, demand is growing for smart solutions to food and beverage challenges. People want their products to be pure, enriching, tasty, and above all, safe. Simply put, they want more goodness from what they consume. We believe that what’s inside matters. And day after day, we’re driven to make it better.

FrieslandCampina Ingredients is part of Royal FrieslandCampina N.V. The dairy company daily provides millions of consumers throughout the world with dairy products containing the valuable nutrients from milk. The annual turnover amounted to 11.6 billion euro in 2018. FrieslandCampina has locations in 34 countries and employs about 24,000 employees. The Central Office is based in the Netherlands.

We’re FrieslandCampina Ingredients, passionate about adding goodness to the foods, beverages, and businesses that nourish the world.

Demand is growing for smart, sustainable solutions. Our people collaborate with a passion and focus that ensures every food and beverage solution for our customers is spot-on.

We believe that what’s inside matters. And day after day, we’re driven to make it better.