You are in : All News > US Dairy Groups Urge Congress to Solve Country-of-Origin Labeling Dispute 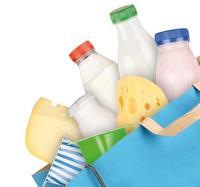 08 Dec 2015 --- In response to a World Trade Organization (WTO) decision announcing that Canada and Mexico are authorized to apply a total of over $1 billion in retaliatory tariffs to U.S. exports, dairy producers and exporters renewed their call for Congress to take swift action to eliminate the threat to dairy exports.

“The WTO decision makes it crystal clear that Congress must act immediately to prevent retaliation against the U.S. dairy industry and others whose products could be targeted by Canada and Mexico,” said NMPF President and CEO Jim Mulhern. “At a time of overall softening in the U.S. farm economy due to a drop-off in export demand, we cannot afford further erosion in income resulting from the unnecessary loss of markets that would result from the WTO sanctions.”

The WTO decision establishes the level of retaliation tariffs that Canada and Mexico will shortly be given final authorization to levy against a wide range of U.S. exports due to a WTO finding that parts of the U.S. country-of-origin labeling law violate international trade rules. U.S. dairy products are expected to be among the mix of items targeted for retaliation.

In anticipation of today’s announcement, the National Milk Producers Federation and the U.S. Dairy Export Council last week urged House and Senate leaders to head off the prospect of damaging new tariffs hitting dairy exports to Canada and Mexico. The groups’ letter asked Congress to include a legislative resolution for the COOL dispute in the massive year-end spending bill that has been under negotiation on Capitol Hill.

At this stage, after one more perfunctory approval step, the two countries could activate their tariff penalties as early as this month.

“Retaliatory tariffs would back up exports further onto the U.S. market during a time of overly abundant milk supplies,” added USDEC President Tom Suber. “U.S. dairy producers and processors cannot lose this chance to avoid considerable damage to the export markets they have invested so heavily in developing in recent years.”

“Retaliation against American dairy products would come at a particularly harmful time for our industry given the depressed global dairy market,” said Mulhern. “Multiple cooperatives have already faced an oversupply of milk this year.”

Canada and Mexico are two of the largest U.S. export markets. Together, they import more than $2 billion in U.S. dairy products annually.

A new Arla Foods Ingredients innovation center has opened its doors today, which will see development of the company’s capabilities in dairy and whey ingredients.... Read More