You are in : All News > US-China tariff spat escalates on food products as dairy innovation deal is signed 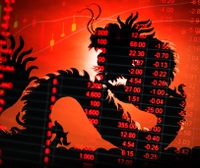 03 Apr 2018 --- In its first retaliatory move since President Trump’s earlier tariffs on steel and aluminum, China has suspended tariff concessions, some reaching up to 25 percent, on a wide range of US food products. Products affected include frozen pork, almonds, pistachios, wine and fresh and dried fruit. To compensate for losses because of the steel and aluminum tariffs imposed by Trump, China’s Ministry of Finance is now imposing the punitive measures on food, having previously warned that it would do so in an earlier announcement in March.