You are in : All News > Trade war: EU threatens tariffs on typical US food exports

08 Mar 2018 --- The EU is planning to impose tariffs on orange juice, bourbon, peanut butter and cranberries among other items if the US goes ahead with the levies on steel and aluminum that were announced last week by US president Donald Trump.

Reacting to the threat from the US president of 25 percent tariffs on steel imports and 10 percent on aluminum, European commissioner for trade Cecilia Malmström said on Wednesday that the EU was finalizing its list of American exports that could face sanctions, including steel, industrial and agricultural products.

However, Malmström also said that the EU still hoped to avoid a full-blown trade war, despite the escalating rhetoric between the US and its main global trading partners in recent days.

Trade commissioner Malmström told reporters on Wednesday (March 7) that the EU is still hoping a trade war with the US can be avoided. “A trade war has no winners and if it does not happen [that is] for the better, then we can work with our American friends and other allies on the core issue of this problem – overcapacity,” Malmström said.

But the situation is causing concern among US exporters, particularly within the areas mentioned.

Patrick Archer, President of the American Peanut Council, noted disappointment to see peanut butter as one of the items on a potential list of EU retaliatory measures should the United States impose tariffs on European steel and aluminum.
“Exports of US processed peanut butter are relatively small compared to the number of raw peanuts that we export to the EU; however, exports grew 28 percent in 2017 over 2016 to 9,287 metric tons at a value of US$26,792,358. We certainly hope that this trade dispute can be avoided. Like most of US agriculture, we have made our views known to our government officials in the hopes that this situation can be amicably resolved,” he told FoodIngredientsFirst. 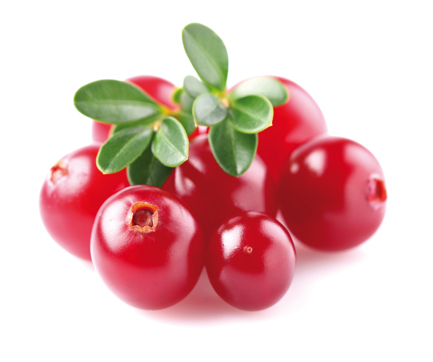 The US ships more than 95 million pounds of cranberries a year to countries in the European Union. Nearly 40 percent of the crop is exported, and in some years, Wisconsin has accounted for more than half the world's supply of cranberries.

For cranberry growers, the threat of tariffs in the EU's 28 countries comes at an especially bad time, with growers awash in too much fruit and low prices. It “would significantly hinder our ability to compete in these markets,” said Tom Lochner, executive director of the Wisconsin State Cranberry Growers Association.

ADM declined to comment for this article when the company was approached.

In response to the growing concerns, The Grocery Manufacturers Association (GMA) yesterday raised its “deep concern” about proposed global tariffs on steel and aluminum imports and urged President Trump to reconsider his planned action.

These “tariffs will disrupt global supply chains, increase the cost of foods and beverages for hard-working families, and jeopardize positive economic gains achieved through tax reform,” wrote Pamela G. Bailey, GMA president and CEO, in a letter to President Trump.

In the letter, the US trade organization requested that if tariffs of any kind are enacted on steel and aluminum imports, the tariffs should be targeted and not applied globally. The GMA letter also urged adoption of a product exclusion process that enables food, beverage and consumer product manufacturers and their suppliers to seek exclusions on packaging materials that have no national security application.

The food, beverage, and consumer products industry employs 2.1 million Americans in 30,000 communities across the US and is the largest source of employment in US manufacturing. Exports of food, beverages and feed are critically important to the US economy, totaling $133 billion in 2017.

The GMA letter noted that the food and agriculture sectors have faced significant retaliation from foreign trading partners in the past when the US has enacted similar policies and that there are already strong indications this will occur again if the Administration moves forward with the tariffs. “At a time when food and agriculture exports contribute to a trade surplus, these tariffs will expose approximately 9 percent of total US exports to possible retaliation,” the GMA letter said.

“Global tariffs on steel and aluminum will have a unique impact on foods and beverages, acting as a tax on consumers and creating competitive dislocations in the marketplace,” Bailey wrote. “We support your efforts to strengthen the US domestic manufacturing base, but the proposed global tariffs will injure downstream purchasers of these products and add hundreds of millions of dollars in added costs to food and beverage manufacturing. Resources that would have gone into investments in innovation, equipment, and workforce expansion will instead be diverted to offset additional manufacturing costs.”

The GMA letter warned that any increase in costs of foods and beverages resulting from these planned steel and aluminum tariffs will be felt by all Americans, but most acutely by consumers who rely on shelf-stable canned products. Canned fruits and vegetables, for example, offer a nutritionally equivalent yet more affordable and longer lasting alternative to fresh fruits and vegetables. Even a slight increase in the price of these nutritionally essential products will result in hardships for American families that depend on them.

In a statement on Monday, March 5, Eric Gregory, President of the Kentucky Distillers’ Association said: “As we’ve seen this morning, many aspects of the President’s proposed trade policies are not yet known or are still evolving, including whether tariffs would exempt certain trading partners. Therefore, it’s premature to speculate on the specific impact to Kentucky’s signature Bourbon and distilled spirits industry until the facts are clear.”

“Bourbon is one of the Commonwealth’s most historic and treasured industries, a booming US$8.5 billion economic engine that generates as many as 17,500 jobs with an annual payroll topping $800 million, pours $825 million into tax coffers each year, and drives tourism through the KDA’s famous Kentucky Bourbon Trail adventures.”

“US and EU spirits exporters have enjoyed duty-free access to each other’s markets for more than two decades, which has greatly benefited both spirits producers and consumers and has resulted in increased exports, jobs and consumer choice.

“Any efforts to impose retaliatory tariffs on US spirits exports to the EU will jeopardize this long-standing partnership, harm consumers through higher prices and more limited product availability, and significantly threaten the distilling renaissance that is creating industry jobs and generating billions in capital investment,” Gregory concluded.

“Trade wars are inevitably difficult to control, because trade is a series of pyramids of value exchanges from raw materials and energy through to finished goods and in the modern world many of these cross borders,” says Innova Market Insights analyst Heather Johnston of the current situation.

“The US has chosen to identify, in its first moves, its two largest trading partners, who are also key to its security and to the economies of its own border states. The Canadian border is effectively porous, to the advantage of farmers on both sides. The relationship between Mexico and states in the southern US is even closer, for farmers, but also the auto industry: most ‘Mexican exports’ are finished cars made by US manufactures in border towns.”

This disruption of trading and manufacturing networks could tear through sectors of the farming and food production systems both locally and nationally, she warns. “New trade barriers mean new laws, new border controls, and a whole regulatory infrastructure, which is currently not there. And this will all come at a price. The food and farming industries will have to pick up the bill,” adds Johnston.

India plans to acquire almost five million metric tons of palm oil from Malaysia until the end of the year. This is a 20% increase compared with the first six months of... Read More

An odorless version of the divisive stinky fruit durian has been introduced in Thailand. This new type of durian is believed to be a branch of the popular Mon Thong... Read More

The average EU broiler price is up 29% year-on-year. However, costs have stabilized since early April of this year, a trend followed by other meats, signaling a possible... Read More