You are in : All News > Treatt pegs hard seltzers as “pandemic proof” and poised for growth

10 Aug 2020 --- The hard seltzers market is marked for dramatic growth, despite setbacks due to the COVID-19 pandemic. This is according to global ingredients manufacturer Treatt who has named 2020 categorically “the year of the hard seltzer.” Before the novel coronavirus hit, these light, ready-to-drink (RTD) alcoholic beverages were set to take off at festivals, parties and in the travel sector, according to the company. While the canceling of large summer gatherings may have delayed growth in the sector, Treatt asserts that the strong health appeal of hard seltzers across geographical and gender demographics will drive continued expansion in the category.

“The market for hard seltzers in North America is booming and we can expect to see sales continue to skyrocket for the foreseeable future. In fact, some of the latest research shows that hard seltzers have proven to be the most resilient alcoholic beverage during the COVID-19 pandemic,” Charlotte Catignani, Lead Category Manager at Treatt, tells FoodIngredientsFirst.

The category is already comfortably established in the US, according to Treatt, which estimates a retail value of US$3.4 billion for hard seltzers. Momentum continues to grow, as the US’s hard seltzer market share jumped threefold from 0.8 percent in 2018 to 2.5 percent in 2019, adds the company.

Global reach
Catignani explains that a strong advantage of the hard seltzers is in its global appeal as a low-calorie refreshment. “While European culture and taste can differ from the US, the consumer demand for natural, healthier beverages is a global phenomenon.”

With hard seltzers now making their debut on supermarket shelves in Europe, Catignani flags that consistency in labeling is important.

Spicier flavors, such as ginger and jalapeño, are being added to hard seltzers in the US market to give the beverage a kick.

Spicier flavors, such as ginger and jalapeño, are being added to hard seltzers in the US market to give the beverage a kick.

“Brands looking for success need to consider clear messaging on the product proposition before targeting consumers.” Terms replacing “seltzer,” such as sparkling, fizzy or soda, may cause confusion, the company flags.

“It is an exciting time for the hard seltzer sector as well-known US brands emerge in Europe. Global web searches for ‘hard seltzer’ have shot up exponentially in 2020 according to Google Trends,” says Catignani.

Flavors forward
While Treatt reports that classic flavors such as mango, lime and grapefruit are leading the pack, spicier flavors such as ginger and jalapeño are being added in the established US market to give the beverage a kick, and importantly, a point of difference on shelf.

According to the company, fruit flavors will continue to boom, but a rise in the use of botanical flavors as it has in gin-based beverages is also pegged for growth in up-and-coming brands.

“In the US, popular botanicals include hibiscus, acai, chili and lemongrass, but we also see botanicals that are typically popular in Europe, such as elderflower, begin to emerge too,” says Catignani.

“Meanwhile in Europe, we can expect to see mint, rose and ginger appear on supermarket shelves as familiar choices, while the category establishes itself,” she adds.

A gender-neutral beverage
Catignani explains that another strong suit for hard seltzers is their ability to appeal to any gender. “The secret to the success of the hard seltzer is its ability to break down walls and cross the gender divide as a healthier alcoholic beverage. Hard seltzers have huge appeal to a variety of demographics because they are low-calorie, contain natural ingredients and are light and refreshing.

She further notes that beer companies have played an important role in decoupling gender-specific marketing to hard seltzers. “We’ve seen beer lead the way in growing the hard seltzer market and the sector has used its influence and gender-neutral branding to reach out to health-conscious consumers,” she notes. 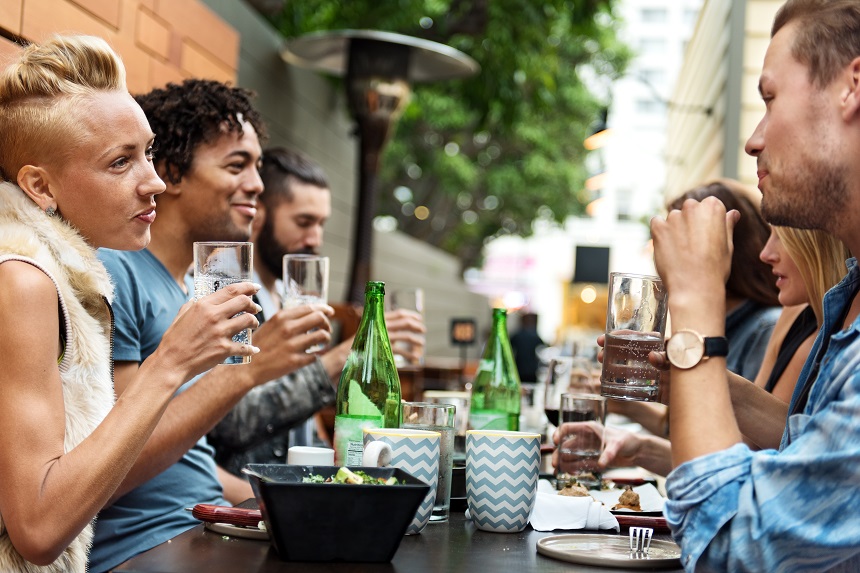 Treatt asserts that the strong health appeal of hard seltzers drive continued expansion in the category.

Cleaner labels
Because of the health advantage, Catignani recommends that manufacturers prominently feature the calorie content on a hard seltzer can. “Alcoholic beverages, in general, are known for their ambiguity when it comes to calorie content, but consumers are altering their shopping habits based on this information.”

In the UK, RTD cocktails recently came under fire for their high calorie and sugar content. “Outrageous amounts of sugar” were highlighted by a report from the Action on Sugar earlier this year.

In contrast, hard seltzers generally contain few ingredients and they are often entirely natural. “As a result, we have seen many brands show off their ingredients proudly on-pack. We can also expect to see manufacturers update the labeling across a variety of alcoholic beverages to compete with hard seltzers.”

An upcoming ingredient to watch in the space is cannabidiol (CBD). Catignani asserts that it is becoming an increasingly popular health supplement around the world and it is being added to a variety of products as a result.

“We are beginning to see CBD being added to hard seltzers in the US and expect to see more brands tap into this growing trend,” she concludes.

Treatt are a trusted natural extracts and ingredients manufacturer providing solutions to the global flavour, fragrance and consumers goods markets from our bases in the UK, the US and China.

Established in 1886, our natural extracts and ingredients are the result of over a century of knowledge and innovation.

We have a diverse portfolio that enables us to meet any customer specification, no matter how adventurous.

We provide everything from 100% natural ingredients made from the named food, tailor made blends and pricestable synthetics to impactful aroma chemicals. We manufacture and supply a range of ready-made or tailored solutions to customers across the globe.

To learn more about our products visit www.treatt.com

With a strong and established background in citrus, our capabilities, knowledge and techniques are internationally recognised and valued by those who need the best quality products at every level.

Our carefully curated product range provides the world’s leading brands with powerful solutions that deliver on flavour every time.

Whether customers are looking for a fresh brewed flavour in their ready-to-drink Iced Tea or the delicate top notes in a blended beverage, we can supply the perfect tailored solution.

Our fruit and vegetable aqueous distillates are 100% natural. Developed by our team of experts using our proprietary technology, they're known for their powerful, authentic impact.

Our growing portfolio of 100% natural solutions appeal to formulators looking to achieve clean label status and reduce sugar levels, without compromising on taste.

We source, manufacture and supply over 500 herb, spice and floral products from our global bases, consistently providing superior quality solutions.

Our range of aroma, natural and high impact speciality chemicals work well in a number of applications, offering formulators and manufacturers a way of delivering authentic, aromatic profiles.