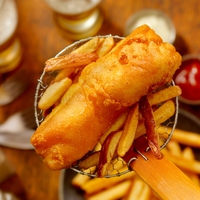 13 Aug 2019 --- The British public spend nearly eight times as many hours on their phones and watching TV than they do cooking, according to British lifestyle brand Mecca. Also, there is a rise in cooking simple meals such as oatmeal or beans on toast, as well as ordering takeout food. These findings reflect changing lifestyle habits in the UK, which implicate an impact on Britain’s takeout economy and the health and wellbeing of the population.

“Mecca wanted to discover how Brits spent the majority of their time and what areas of peoples’ lives were consuming the most time overall,” Alex Hickson, a spokesperson for Mecca, tells FoodIngredientsFirst. The report found that in the average year, a British person spends 13 days cooking, compared to 38 days on their phone, 52 online and 51 watching TV. In total, they spend 51 minutes per day preparing meals, less than half of what people in India or Ukraine spend on cooking.

“After conducting the overarching study about Brits most time-consuming habits, we decided to delve into more detail about why Brits spend less time cooking – this resulted in us finding a report about Britain’s takeaway consumption habits.” The Takeaway Economy Report conducted by UK-based food delivery company Just Eat and Centre for Economics and Business Research analyzed figures from 2017 to forecast that the UK would spend £10 billion (US$12 billion) on takeout orders in 2019. 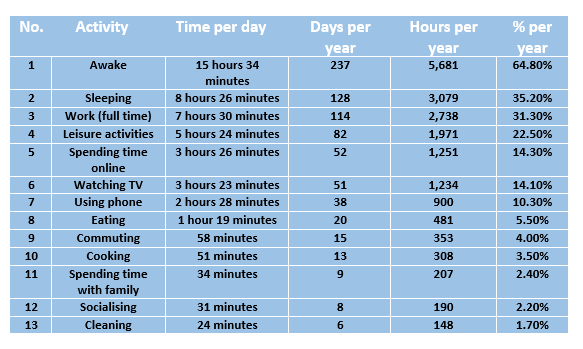 Innova Market Insights points to snacking as one of its top ten trends in 2018. Snacking is a central focus of innovation across all food and beverage categories, with 10 percent average annual growth of global launches with a snacking claim over the past five years (CAGR, 2013-2017). In addition, three square meals a day is no longer the default culture. The habit of consuming a fourth, fifth or even sixth meal is emerging, as grazers look for that little extra pick-me-up during a hectic day. Frequent snacking and indulging was highlighted as a reason why British people have a hard time losing weight despite solid exercise habits.

What does it mean for health?
A recent survey found that British people, on average, spend a decent amount of time in the gym. However, overindulgence in snacks, fast food and chocolate bars leave them with up to 3,000 unburned calories each week.

“Many takeaways comprise of processed food that contains ‘trans fat,’ a manufactured fat that has no positive impact on the body. Eating these foods can increase your LDL (bad cholesterol, lower your HDL (good cholesterol) and increase your risk for Type 2 diabetes and heart disease. Added sugar and salt in takeaway food is also a problem, with the National Health Service (NHS) under increasing pressure from issues caused by obesity. There are calls for manufacturers and retailers to make further reductions in junk calories and excess sugar and salt that is added to processed food and drink often without notice,” Hickson continues.

The whole study shows that the UK  is spending more time online, watching TV and commuting rather than cooking. This implies it may be by choice, but the study only commented on lifestyle choices and not potential reasons as to why, he notes.

However, the answer may lie in people’s enthusiasm for food. According to Mecca’s study, only 26 percent of Brits claim they’re passionate about food and cooking. This figure is compared with 43 percent of Italians, who were found to be the population most excited about preparing meals. Finally, Mecca found that the British spend even less time on cleaning than they do on cooking, which supports the trend for ordering takeout.

04 Feb 2020 --- Nuts are suited for a wide range of uses and applications, lending craveable flavors and textures to plant-based and natural products that offer wholesome... Read More