You are in : All News > The Rebel Whopper: Burger King and Unilever’s The Vegetarian Butcher unveil plant-based burger across Europe 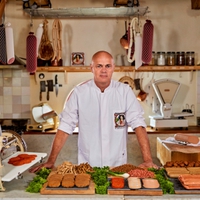 12 Nov 2019 --- Burger King is strengthening its foothold in the booming market for plant-based foods served in restaurant chains by partnering with Unilever’s The Vegetarian Butcher on the launch of its Rebel Whopper. The fast food giant is rolling out the meat-free version in over 2,500 Burger King restaurants across 25 countries in Europe. Financial terms of the deal have not been disclosed.

This latest collaboration – which sees Burger King becoming one of the biggest restaurant chains offering a plant-based patty in Europe – comes as more people are shifting to flexitarian diets worldwide. This partnership also sees Unilever accelerating its strategy to expand its portfolio of plant-based foods.

“When I started The Vegetarian Butcher nine years ago, my goal was to be the biggest butcher in the world. To create products for meat lovers, with the ambition of providing the same taste and experience, but plant-based. Working with Burger King on the Rebel Whopper has been amazing, and we can’t wait for all Burger King guests to enjoy it,” explains Jaap Korteweg, Founder of The Vegetarian Butcher.

Unilever acquired the Netherlands-headquartered meat alternative innovator almost a year ago as part of its strategy to expand its portfolio into plant-based foods that are healthier and have a lower environmental impact. The acquisition showed how Unilever is responding to the growing trend among consumers opting frequently for vegetarian and vegan meals.

“Less than a year after acquiring The Vegetarian Butcher in the Netherlands, we are excited to partner with the iconic Burger King brand across Europe. The new Rebel Whopper powered by The Vegetarian Butcher offers meat lovers a meat-free experience; and we can’t wait to start realizing founder Jaap Korteweg’s dream of becoming the largest butcher in the world,” notes Hanneke Faber, President Unilever Foods & Refreshment.

“The Rebel Whopper is the sandwich everyone has been waiting for and provides the ultimate plant-based patty alternative with the iconic Whopper build. We will let the Rebel Whopper do the talking and see whether our customers can tell the difference,” adds David Shear, President of Burger King EMEA.

Barclays data teams then analyzed geolocation data to assess the impact surrounding the test and the national launch. It revealed the preliminary trial generated up to 18 percent gains in the St. Louis locations versus no comparable gains for McDonald’s St. Louis restaurants. And, Burger King has seen a 2 percentage point traffic boost nationally, versus McDonald’s with indications that gains have been sustained through to the end of the quarter, according to the analysis.

Last September, major Dutch snack manufacturer brand Mora joined forces with De Vegetarische Slager, as it is known in Dutch. The first products included a vegetarian croquette which was labeled “so close to the original, you can barely tell the difference.”

As consumers reduce their meat intake, food companies are rushing to compete in the plant-based alternative space. Global meat alternatives have moved far beyond the niche vegetarian and vegan domain to encompass a much broader base of flexitarians, as the quality improves to replicate real meat. According to data from Innova Market Insights, meat substitutes accounted for 11 percent of new meat product launches (meat, poultry and meat substitutes) reported in Europe in 2018 (Jan-Sep), up from 9 percent in 2013. The global picture shows stronger growth still, with 14 percent of meat launches in the first nine months of 2018 being meat alternatives. This compares with 6 percent in 2013.