You are in : All News > Tesco urged to support UK pig farmers or “risk losing British supply base”

British pork could be in short supply by 2023, warns the National Pig Association 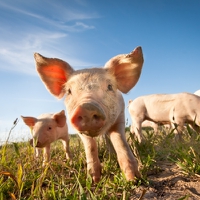 06 May 2022 --- UK retailer Tesco has been slammed over its lack of support for British pig farmers. In an open letter, Rob Mutimer, chairman of the National Pig Association (NPA), warns the British retailer that by 2023 British pork will be in such short supply that most retailers will no longer be able to source it.

The organization says the retailer could risk losing its British supply base if it did not pay a “fair price” for its pork.

Pig farmers move “into the red”
According to Mutimer, paying a little more today is likely to save money in the long term.

“Unfortunately, we don’t have the luxury of time, and each week that passes puts pig farmers further into the red,” reads the letter which is addressed to Tesco CEO Ken Murphy.

“Several of your competitors have already recognized the vital role in supporting British farmers and have taken action. The Co-op, M&S, Aldi, Asda, Morrisons, Sainsbury’s and Waitrose have already begun to support their suppliers, with many paying more for British pork through their dedicated supply chains while industry battles through this uniquely challenging time.”

The NPA believes “a similar commitment from Tesco would make an enormous difference” to the many farmers that supply the retailer.

Tesco has been criticized for its failure to support crisis-hit British pig farmers.“I fully appreciate that every part of the supply chain is under strain from inflationary pressures, and your customers are struggling with the cost of living. However, I am sure that shoppers and shareholders alike would want you to back British farmers and ensure that we can supply you with fantastic pork for decades to come.”

According to reports, Waitrose said the £16 million (US$19.7 million) it was putting up would cover the total cost of rearing and producing pigs across the 250 farms that supply the supermarket.

Further, an industry poll revealed four out of five producers would go out of business within a year unless their financial situation improved. The UK’s biggest retailer was uniquely positioned to act to prevent the “destruction of the UK pig sector,” Mutimer asserts.

“A relatively modest investment by Tesco will not only prevent the destruction of the sector, but it will mean that British pork will still be available at a price affordable to your customers,” adds Mutimer, who pointed to the retailer’s recent doubling of annual profits to more than £2 billion (US$2.4 billion).

Strains in the sector
Pig farmers experienced a disastrous 2021 when an export slump, combined with COVID-19 disturbances and Brexit-related shortages of abattoir workers, resulted in a cull of healthy pigs.

They are now dealing with rising farm costs as disruption resulting from the war on Ukraine pushes up the price of commodities, including wheat.

The NPA adds that industry had faced an “unprecedented crisis over the past 18 months,” with the price shock caused by the war turning a “very challenging financial situation into a critical one.”

Mutimer says that farmers are losing over £50 (US$61.69) per pig due to the significant gap between the cost of production and the price that retailers were willing to pay.

According to the NPA, 80% of pig farmers indicated that they would not survive the next 12 months if things did not improve.

“Tesco is in a unique position to help because of its UK market share and volume of pork sales,” he comments.

A Tesco spokesperson responds: “We recognize the seriousness of the situation UK pig farmers face and have been working closely with our suppliers to understand what more we can do to support the sector.”

“Our suppliers have increased payments to farmers by £3.4 million (US$4.2 million) since March 2022. However, we would like to do more and are actively working with our suppliers on a further enhanced payment plan to support farmers in the short term.”

Last September, FoodIngredientsFirst reported that British farmers were set to benefit from access to a valuable new market as Mexico opened its doors to British pork for the first time.