You are in : All News > Syngenta to acquire Nidera Seeds from COFCO 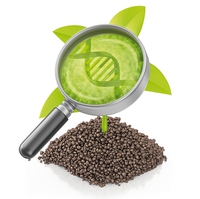 Nidera BV is a Dutch subsidiary which was originally acquired when COFCO bought 51% of the shares in 2014.

Now three years on, COFCO has agreed to sell the business to Syngenta for an undisclosed amount as terms of the binding agreement have not been revealed.

COFCO divesting the seeds business
As part of a comprehensive expansion of its international grains trading business, COFCO completed a full takeover of Nidera earlier this year.

However, according to reports in Reuters, Nidera has been experiencing losses and accounting issues which led the company to begin looking at ways to divest parts of the business.

“This agreement is an important step in our strategy to focus on our major businesses,” said Johnny Chi, Chief Executive Officer of COFCO International.

“Syngenta is well placed to provide Nidera Seeds a strong platform for further long-term growth, creating the best value for its customers, farmers and employees.”

Completion of the transaction is subject to clearance by the relevant merger-control authorities and regulatory clearances.

The global seeds business is going through a serious shake-up right now with fellow Chinese-state owned corporation ChemChina (China National Chemical Corporation) going through a US$43 billion takeover of Syngenta earlier this year.

Meanwhile, other large-scale mergers include the Dow and DuPont mega-merger, which was completed in September in a deal worth US$130 billion.

Oterra is on track to acquire Akay Group, a natural ingredients manufacturer based in India. The transaction was signed this month and is subject to regulatory approval.... Read More