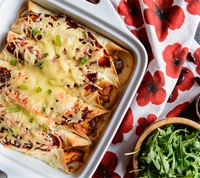 06 Nov 2017 --- Ajinomoto Co. has completed procedures for the acquisition of all shares of Labeyrie Traiteur Surgelés S.A.S. (LTS) through its consolidate subsidiary Ajinomoto Foods Europe S.A.S. in accordance with details announced on July 20, 2017.

Ajinomoto Co. is known as a manufacturer of seasonings, processed foods and beverages, among other products. The LTS acquisition will further strengthen Ajinomoto Co.’s consumer business in Europe and accelerate its growth, the company notes.

The acquisition price is €27 million (US$31.3 million), which is based on an enterprise value of €21 million for LTS and takes into account factors including the receivables held for LTS by Labeyrie Fine Foods S.A.S., its parent company.

Located in Le Neubourg, France, manufacturer and seller of frozen foods LTS was established in 2010, the recorded year of acquisition of Brossard Frozen Food by Labeyrie Fine Foods S.A.S. Boasting figures of approximately €50 million and capital of €7 million, the company employed 307 people as of September 30, 2017.

Along with the acquisition of all shares, Ajinomoto reports that the previous company name of Labeyrie Traiteur Surgelés S.A.S. has officially been changed to LTS S.A.S. as of November 2.

Ajinomoto Co. has announced that the impact of the acquisition on the company’s business results for fiscal 2017 will be immaterial.

The LTS acquisition comes hot on the heels of the news that the news that the company signed a share purchase agreement of majority shares of Agro2Agri SL through its consolidated subsidiary S.A. Ajinomoto OmniChem N.V. in Belgium. Elsewhere in the company, Myanmar Ajinomoto Foods (MAF) has invested approximately US$10 million to build a packaging plant for umami seasoning AJI-NO-MOTO that began full-scale operation in August of this year and started sales in Myanmar.

19 Jan 2021 --- Throughout the global COVID-19 pandemic, FoodIngredientsFirst is dedicated to bringing its readers all the latest and most relevant industry updates. Visit this... Read More

18 Jan 2021 --- The World Health Organization (WHO) has released a global laboratory protocol for measuring trans fats, or trans-fatty acids (TFA), in foods. It details a... Read More