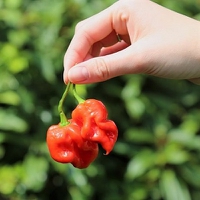 30 Jul 2019 --- The “hottest British-bred chili pepper to ever hit supermarket shelves” is set to be unleashed at Tesco stores across the UK. Coined the “Armageddon,” the potent pepper is said to be on par with the notorious American-bred Carolina Reaper – a Guiness World Record holder – in terms of ranking on the Scoville heat scale, a universal measure of spiciness. The unveiling comes as demand for flaming hot chili peppers in the UK is on the rise, as noted by Tesco.

Heat has evolved into a more specific and complex profile. It’s not just about the heat itself, but about provenance and flavors along with the heat, notes the market researcher. “Ethnic” flavors have also developed as consumers continue to look for more variety and exciting eating and drinking experiences. 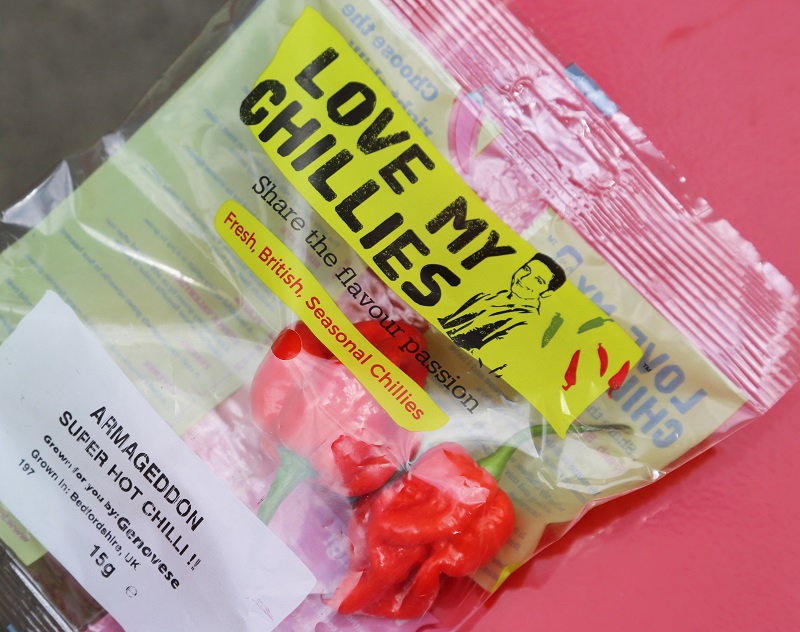 Armageddon measures 1.3 million Scoville Units, just below the 1.5 million Scovilles recorded for the Carolina Reaper.“The arrival of the incredibly potent Armageddon will join other legendary varieties such as the ‘Trinidad Scorpion’, ‘Bhut Jolokia’, ‘Komodo Dragon’ and of course the ‘Carolina Reaper’ among the super-hot chilis we’ve sold in recent years,” says Tesco chili buyer Nick Foulds. “We chose it because of its wonderful fruity taste which added to its awesome strength will create an unforgettable dish.”

“But remember to be very economical with it – you only need a few tiny slivers,” he warns.

Putting the searing heat of the Armageddon into context, Tesco highlights the pepper measures an incredible 1.3 million Scoville Units, just below the 1.5 million Scovilles recorded for the Carolina Reaper.

The Armageddon is being grown by the UK’s largest farmer of chili peppers, Salvatore Genovese, whose seven acre farm is based in Blunham, Bedfordshire. Genovese has been growing chili peppers for almost two decades, beginning shortly after he took over his parents’ cucumber business.

Genovese branched out into chili pepper production against his father’s advice but quickly found he had a fast-growing market with Tesco becoming one of his first customers.

Since embarking on this endeavor, he notes that chili peppers have become so popular that he must grow up to one million peppers, or 15 tons, each week through his company Genovese chilis, to satisfy the growing UK demand.

“In the last year as a result of the soaring demand for really hot chili peppers we’ve invested in new machinery that has helped us extend the British growing season by three months – from June until Christmas,” says Genovese.

“We’ve also extended the farm by a further 2.5 acres and now have 130,000 plants including the Cherry Bomb, Naga, and several others,” he adds.