You are in : All News > Surviving Brexit: Substitution and repositioning can help UK SMEs thrive, says NPD advisor

14 Jun 2019 --- Product substitution and repositioning, such as the use of a “Brand Britain” marketing approach will be key platforms for UK companies to survive and thrive in a post-Brexit environment. But there is generally little room for optimism on the UK’s impending October 31 departure from the EU, with the candidates for the Conservative Party leadership [who will also be named the next UK prime minister] hardly inspiring confidence for the heavily exposed food & beverage industry. This is according to John Stapleton, an advisor, investor and mentor in a number of early-stage growth businesses.

“While uncertainty continues within the UK, coming from one deadline to the next and never making any decisions, there are a number of things that businesses (particularly SMEs) can do,” he tells FoodIngredientsFirst in a detailed interview. Pointing out huge risks and disparity in terms of processed goods, raw materials and packaging, Stapleton notes that larger businesses with more clout and international reach, can prepare somewhat. But when you focus on both the risks and the opportunities, there are a lot of things that small businesses can do too.

“Certainly small companies tend to be quite entrepreneurial and many of them are start-ups, with a lot happening in the UK and Ireland recently. Businesses in that context can prepare and in fact turn this uncertainty into a competitive advantage over those who don’t prepare properly,” he notes.

For Stapleton, if you are a small food and drink business, with one of the newer brands that has sprung up in the last 5 years, you can thrive. “Entrepreneurs naturally take advantage of situations like uncertainty. Whether through innovating, taking advantage of currency effects, tariffs and customs, or by looking at a manufacturing/ logistics location outside of the UK to mitigate risks, you can also look for opportunities,” he claims.

Stapleton points to two strategies to consider when it comes to this. 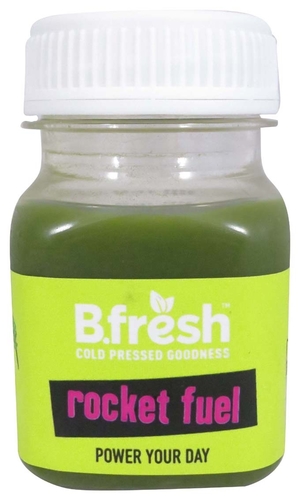 The cold pressed juice brand B.Fresh uses ingredients that are primarily grown and processed in the English county of Shropshire.The first relates to product substitution amid the effects on devaluation on the price of imports. “It is likely that when Brexit happens (particularly a hard version), there will be a further devaluation of the pound. That will put even more pressure on pricing of imported goods (and the UK is a massive net importer of food and drink),” he says. But this dynamic could in turn make the purchasing of British originated goods more appealing to consumers. “I think that fast-growing FMCG brands can increasingly look at ‘product substitution,’ which is designed to develop home versions of imported products, for UK consumers, with UK designed and manufactured products,” notes Stapleton. “Why can’t UK consumers buy Brie made in South Wales, rather than made in France? Once Protected Designation of Origin (PDO) rules no longer apply, particularly in the case of a hard Brexit scenario, product substitution can serve as a way to replace increasingly expensive imported goods,” he adds.

Another strategy is a continual focus on innovation to reposition or retarget products with local products. The “Brand Britain” program has been running for some time, but it could be capitalized on to achieve further prominence, Stapleton stresses. “I think that where products lend themselves to a British heritage it can make sense to accentuate that. There is a growing preference for natural, organic and artisanal products, where you can focus more on the heritage and authenticity of these inherently British products,” he notes.

Innovation in the context of Brexit should be looked at in each category, in its own way and based on its own merits. But Yorkshire Tea is one brand that successfully communicates its heritage and artisanal nature. “Tea is never grown in the UK of course, but it is a very British commodity in Britain. Yorkshire Tea makes a strong play of its heritage and positioning as a traditional British product,” says Stapleton.

He also alludes to the cold pressed juice brand B.Fresh, the ingredients for which are primarily grown and processed in the English county of Shropshire. “One of their strong credentials, beyond health & taste, is that they are all British, with a prominent position for the Union Jack on their label. This reflects the fact that beyond some citrus ingredients, most of the fruits & vegetables in the ingredients base are locally grown. They take great pride in that and it makes sense and is relevant to the consumer,” he says. 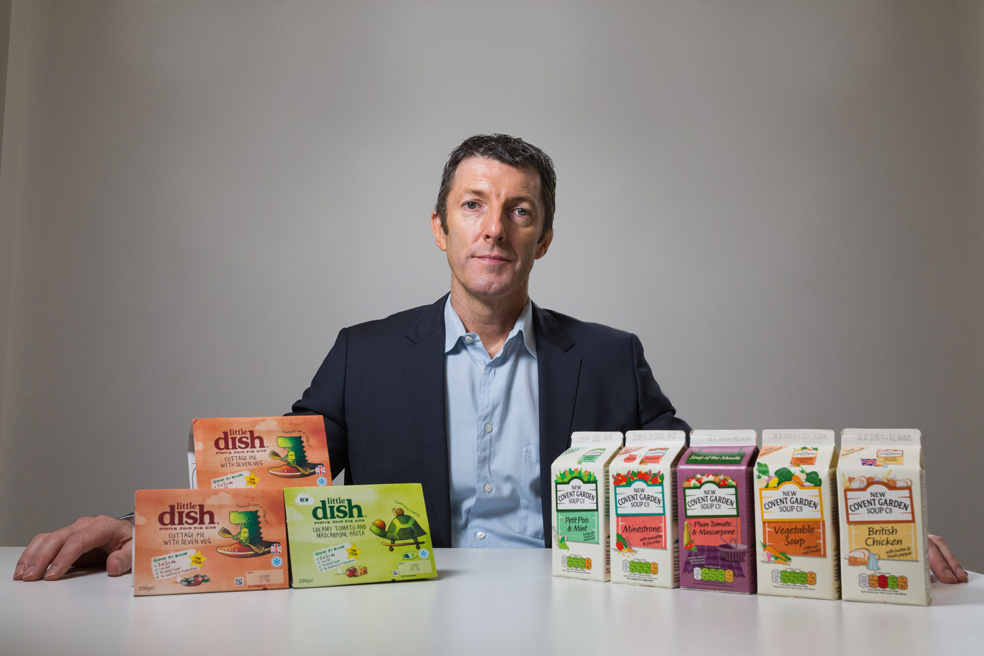 In 1987 he was a founder-member of the New Covent Garden Soup Co Ltd., which pioneered and grew the fresh soup category in the UK. In 1998, he co-founded Glencoe Foods Inc. which brought the fresh soup-in-a-carton concept to the US. In 2005, Stapleton co-founded Little Dish, which supplies healthy, natural and convenient meals and snacks to children over one year. Little Dish created the chilled toddler food category, developing full UK retailer distribution and became the go-to brand in fresh toddler food. He now advises, invests in and mentors a number of early-stage growth businesses, including: Capsicana, WheyHey, Nix & Kix and Spoon Cereals and is an investor-director at Grocery Accelerator.

He has been commenting a lot on the Brexit impasse recently, but believes that apart from the large businesses with resources, scope and lobbying power, few SMEs had really prepared for the original March 29 deadline, which has now been moved down to October 31.

“I think that businesses didn’t really understand how they could prepare. Consumers as well as the industry were somewhat dazed and confused. There had been some stockpiling, but what retailers effectively did was push the responsibility down the supply chain to wholesalers or manufacturers,” he notes.

In the case of the food industry, where much of the trade is in perishable products, this type of strategy is not implementable. “In the auto industry, BMW had their planned annual maintenance shutdown brought forward to coincide with March, but what can they do now?” he asks rhetorically. “There has been a lot of output completed in advance of the original deadline, but now output has decreased as many manufacturers sell through that glut of products. In the food industry, the effect of that has been negligible and the food industry is still trying to determine what they should do in advance of Brexit,” he adds.

A long-tern solution is essential, however. “Whether you are on the export or import side of the equation, you will still need to balance the risks and identify the opportunities,” he notes. “So in the case of the UK, the next 10-20 years will still not allow it to offset the imbalance of food and drink imports that they need to sustain the population. This cannot be addressed overnight,” he adds.

As an Irish native living in Germany, who words as an advisr to Bord Bia (the Irish Food Board), Stapleton notes that Ireland, which is highly exposed to the effects of Brexit, is fairly well prepared and could in fact serve as an inspiration for some UK companies.

As a much smaller country than the UK (it’s clear number 1 trading partner), Ireland has been forced into action. “They have recognized their overexposure to the trade deficit they have with the UK and particularly within the food & beverage space,” notes Stapleton. Irish political unity on what is a highly divisive issue in the UK is helpful, however. “They are not suffering from the difficult 50/50 split that exists in the UK, which has had detrimental effects on a progressive public discourse, In the UK, developing strategies which can be taken on board and then implemented has been difficult because the public discourse quickly descends into hostility,” he notes.

In Ireland, industry and most of the main political parties are supportive of the government stance and they say “let’s get on with preparing for it.” “The consensus in Ireland is that since they are overexposed, they know they have to do something about it and have been thinking about this ever since the referendum,” Stapleton adds.

He points out that Bord Bia have been instrumental in generating awareness for the Brexit risk and provides practical help in mitigation, in “hoping for the best but preparing for the worst” i.e. a hard Brexit. “Bord Bia have organized road tours up and down the country. Funding exists, not just for innovation, but also for consultancy in understanding where the weaknesses and opportunities are on a business to business level. They can learn how to mitigate the risks to UK trade and also generate new opportunities outside of the UK,” Stapleton notes.

Amid the Brexit uncertainty, he admits that you really have to scrape around for reasons for optimism. “Here in Germany, people have gone from bemusement, to shock to outright dismay over the course of the last 3 years, as the UK public discourse has continued. Everyone keeps thinking, ‘now they are going to sort it out,’ but all that’s happened is the UK has moved from one crisis to the other,” he notes. The Conservative leadership contest is only serving to expose the wounds of the divides that exist on a national level too. “Listening to what the Tory leadership candidates are saying, they are playing to the gallery (the Conservative party membership) and you have to hope that their positions won’t be as extreme when they actually take the helm ,” he adds.

So which new leader would he choose out of the crop of Tory Leadership candidates currently battling it out to be the new prime minister? Stapleton quips that you would need a crystal ball to predict who would the best leader out of a rather meagre selection, but does eventually pluck for current Environment Minister, Michael Gove. “If you to twist my arm, maybe Michael Gove because of his understanding of the industry, while we have been going through this process,” he says. “But I’m not sure if any of the Tory candidates are going to really reverse Brexit or ensure that it is as soft of a landing as possible,” he concludes.

As the candidates are whittled down to an eventual new prime minister, the European food industry will be watching on as the Brexit clouds darken once more.

A new report sheds light on what impact the UK’s exit from the EU has had on food networks, particularly in reducing communication between British and mainland... Read More

The UK government’s pesticide residue testing program has revealed that the proportion of bread with two or more pesticides has doubled in the past year. One of... Read More

Britain is struggling to cope with food regulations more than two years after Brexit, with delays, confusion, regulatory divergence and staff issues dominating the... Read More