11 Feb 2022 --- Super Bowl Sunday is set to drive consumption of traditional snacks, alcohol and meat further than ever before, according to researchers. Following last year’s game day COVID-19 lockdown, which saw a rise in F&B gorging, 2022 will see an even greater boom as bars and restaurants reopen and consumers celebrate their newfound freedom.

Super Bowl LVI, which will see the Los Angeles Rams face the Cincinnati Bengals, will draw a typical audience of around 100 million viewers, according to Sports Media Watch.

However, while fans spend the day eating and drinking, activists are campaigning against the inevitable surge in meat consumption, its implications for animal cruelty, and its detrimental impact on human and environmental health.

Catie Cryar, assistant manager at non-profit People for the Protection of Animals (PETA), tells FoodIngredientsFirst vegan alternatives are on the rise, and animal rights groups “are determined to keep it that way.” 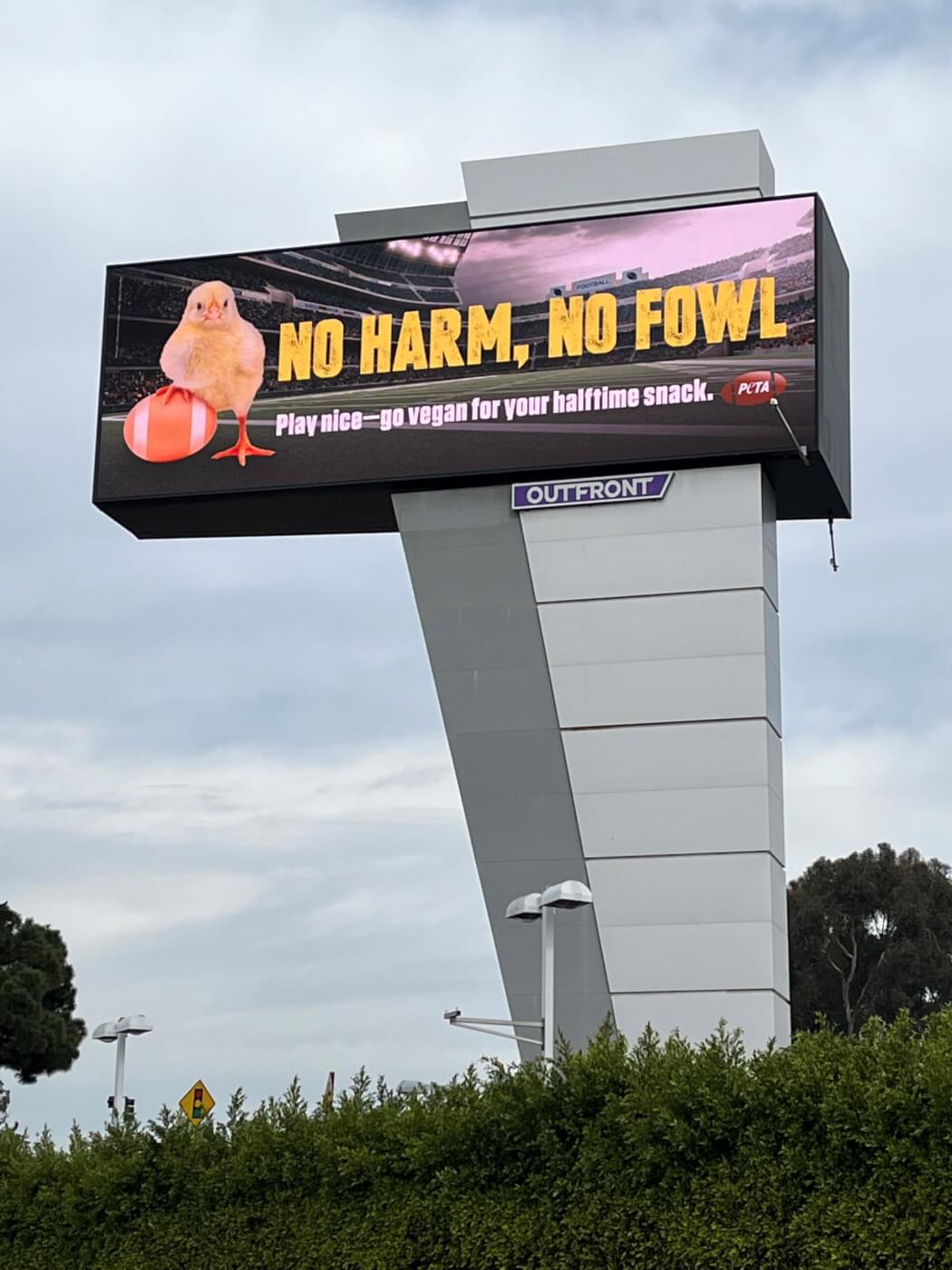 PETA has taken out billboard ads across the US promoting vegan alternative chicken for the Superbowl.Pandemic proof wings
Perhaps the most traditional food consumed on Super Bowl Sunday is chicken wings. The US National Chicken Council (NCC) has touted the sports event’s “pandemic proof” impact for the poultry industry, saying, “The COVID-19 pandemic has changed our lives in many ways, but one thing that hasn’t changed: America’s love for chicken wings.”

This year, the NCC estimated a record consumption of 1.42 billion chicken wings would be eaten throughout the US for the Super Bowl, despite inflating food prices, which have caused a cost increase of roughly US$0.30 per pound.

“There will be no wing shortage,” says NCC spokesperson Tom Super. “Like almost anything else you buy right now, wings might be a little more expensive, but they’ll be stocked.”

“Demand for chicken wings has been through the roof since the beginning of the pandemic,” Super adds. “A shift from sit-down restaurants to takeout and quick service has boosted chicken wing consumption.”

“Restaurants like wing joints and pizza places were built around takeout and delivery, and as long as people are sitting around watching TV and maybe drinking a beer, wings will remain in the game.”

According to NCC, the frozen wing inventory in December last year totaled 73.2 million pounds, up 70% from the previous year. Additionally, wing sales in Cincinnati have seen a 27.6% growth during the NFL playoffs and Los Angeles a 37.3% increase compared to the same period last year.

Fight the bite
PETA, however, says the US’ love for chicken wings during the Super Bowl is being diminished by raising awareness surrounding the reality of industrial farming and its impact on the environment and human health.

Cryar says the organization’s “Fight the Bite” campaign aims to promote vegan alternatives to traditional chicken wings – something that is already taking a major hold on the market. Vegan chickpea wings from Love Baked Wings in Los Angeles.

According to the animal protection organization Compassion in World Farming, over 160 million vegan chicken wings will be consumed over Super Bowl Sunday. PETA is battling to increase this number.

“Our ‘Fight the Bite’ campaign – which includes an edgy ad running on national sports networks, giveaways of KFC’s new Beyond Chicken across the country, a massive billboard near SoFi Stadium, and more encourages people to choose vegan game day snacks, and our website is packed with recipes and restaurant guides to help everyone let chickens keep their wings,” says Cryar.

PETA says 71% of US adults report trying at least one plant-based product in 2021 and that 48% look for products with plant-based labels. “Since everywhere from KFC to Walmart is now offering vegan chicken, it’s easier to do than ever,” Cryar continues.

“In addition to being free of saturated animal fat and cholesterol, vegan wings spare birds immense suffering. Chickens killed for food are bred to grow such unnaturally large upper bodies that their legs often become crippled under the weight, and at slaughterhouses, their throats are cut, often while they’re still conscious,” stresses Cryar. 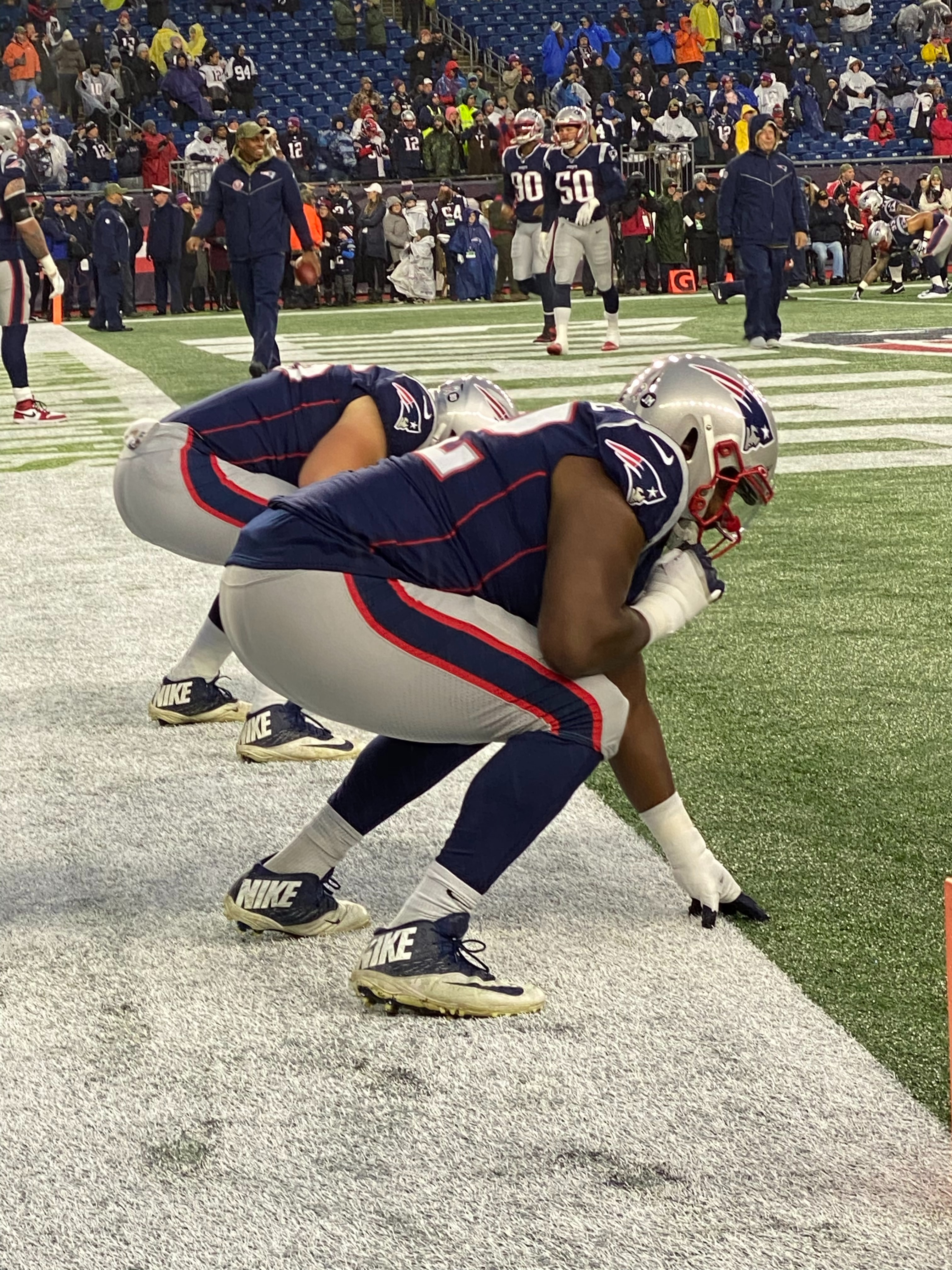 Snacking sales rose to US$487M during the 2021 Super Bowl.Snacking surge
Besides meat, snack foods like chips, pretzels and refrigerated dips are also predicted to climb in sales. Total snack food sales jumped 12.5% to US$487 million during Super Bowl Week 2021, according to data commissioned by SNAC International, the trade association of the snacking industry.

“In America, football, snack foods and fun go together,” says Elizabeth Avery, president and CEO of SNAC. The association’s data also revealed that during COVID-19, snack food sales volume and spending rose between 2020 and 2021, signaling that snack consumption grew regardless of lockdown restrictions.

In 2021, snack food increases during the Super Bowl rose substantially compared to the prior week, with tortilla chip sales climbing 26.5%, potato chips 12.2%, pretzels 9.2%, refrigerated dips 33.3% and pork rinds by 7.6%, according to SNAC International.

The beer boom
Alcohol consumption is also a fundamental part of Super Bowl celebrations for US consumers, with beverages like beer and hard seltzers typically seeing significant growth throughout the week.

According to the Distilled Spirits Council, beer’s connection with football will see a massive rise in sales for brewers. Beer accounts for around US$1.2 billion in sales, compared to US$517 million for soft drinks and US$226 million for whiskey, the next two closest beverages.

However, with an increasing number of major beer brands turning to the hard seltzer market, commercials throughout the US are also leading consumers toward less traditional alcohol. Bud Light Seltzer, for example, is launching a Super Bowl ad starring celebrity chef Guy Fieri to boost sales of its spirit-based drinks.

Last year, Rabobank pegged hard seltzers as the “success story of the US beer market,” noting “massive levels of innovation” had already earned the category to around US$4 billion in sales, nearing 10% of the total North American alcohol market.

With Rabobank noting “virtually every player in the US beer space” entering this market, sales around game day are set to be enormous.

Consumers do not understand what is meant by hard seltzers – that’s the finding from an alcohol labeling regulator, which is warning soft drinks companies in... Read More