You are in : All News > Sugar reformulation: Nestlé strips out billions of calories over three years in UK & Ireland

07 Mar 2018 --- The amount of sugar in Nestlé’s UK and Irish products has been seriously slashed over the last three years with the equivalent of more than 2.6 billion teaspoons being taken out of products through innovative reformulation. As the demand for low and no-sugar products continues to rise, Nestlé UK and Ireland continue its mission to cut sugar across its portfolio.

Since 2015, the Swiss transnational food and drink company has been making intensive efforts to cut back on sugar after vowing to pioneer sugar-reducing reformulation that doesn’t compromise on taste and quality.
In a pledge last March, the company said it would strip out sugar across its confectionery portfolio by 10 percent by the end of 2018 – but it has already hit a reduction of 7.4 percent to date.
And now a new Nestlé report reveals that more than 60 billion calories have also been removed from Nestlé UK & Ireland’s portfolio in the same period.
Big brands reformulated & tapping into trends 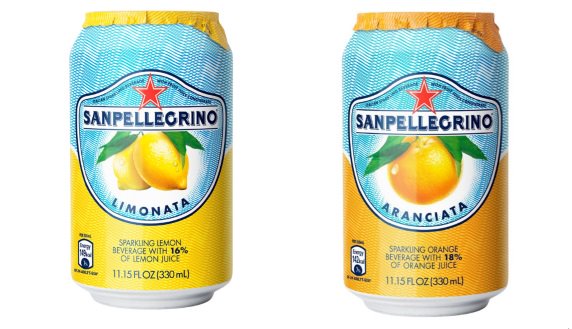 Nestlé UK & Ireland’s report includes some of the biggest examples of reformulation to reduce sugar and calories in its famous brands such as KitKat, Milkybar and Cheerios, as well as and the latest changes to Sanpellegrino.
Nestlé UK & Ireland’s reformulation taps into key trends in the food and beverage industry and comes at a time when EU sugar consumption figures have reached nearly 32kg per person per year.
A Nestlé spokesperson tells FoodIngredientsFirst: "Our sugar reductions so far have been achieved through methods such as replacing sugar with more of the existing natural ingredients or swapping sugar with other non-artificial ingredients and ensuring products are below a certain amount of calories."

"We are also providing greater consumer choice by offering reduced sugar versions of existing consumer favorites, such as 30 percent Less Sugar Rowntree’s Fruit Pastilles and Randoms, 30 percent Less Sugar Nesquik or Unsweetened Taste Nescafé Gold Cappuccino and Latte."
In late 2016, Nestlé said it had made a scientific breakthrough that has the potential to reduce sugar in its treats by up to 40%, without affecting the taste. Nestlé said it was securing a patent for its innovation, and it would start using the new sugar across its range from 2018. Using only natural ingredients, Nestlé said its researchers had found a way to structure sugar differently, so that less sugar can be used in its chocolate. It will be very interesting to see whether products that are made using the technology begin to make their way to market in 2018. "The ground-breaking method to structure sugar differently is a great example of the work we are doing in research and development to make cutting-edge food technologies a reality, however, this has not been used in any of our products yet," the spokesperson confirmed.
Late last year, Innova Market Insights released its top trends for 2018 with “Mindful Choices” hitting the number one spot.
The increasingly thoughtful and mindful consumer will continue to catalyze changes in the way that companies produce, package and label their products, says Innova Market Insights.
This is closely followed by the “Lighter Enjoyment” trend which reflects how consumers are looking for ways to eat and drink more healthily, while lightness regarding alcohol content, sweetness, flavor, texture or even portion size is increasing its appeal. Sugar reduction remains strong with a CAGR of +16 percent from 2012-2016. Products positioned on a sugar-free or sugar reduced platform still accounted for just 5 percent of food & beverages launched in 2016, indicating that much of the work has been done from a stealth perspective rather than actively marketing it.
And it’s not just Nestlé that is cutting back on sugar, reformulation in this regard is industry-wide with other big players like Coca-Cola are changing up portfolios to offer products with a zero sugar and lowered calories profile.
Just yesterday, FoodIngredientsFirst reported how the Netherlands had become the very first country in which Coca-Cola revamped Sprite as a completely no-sugar and no-calorie soft drink. One year after its reintroduction and there is a big sugar-free success for Sprite, with sales growth of 25 percent for the brand in the country.
UK sugar tax just around the corner
Sugar reduction is most definitely topping the reformulation agenda as UK sugar tax beckons. Industry reformulation comes at a time when the UK government is just about to introduce its long-awaited sugar tax that comes into force on April 6.
Public Health England and the Department of Health and Social Care (DHSC) have just unveiled a new plan to help people cut excessive calories from their diets, as part of the government’s strategy to curb childhood and adult obesity.
The health bodies are challenging the food industry to reduce calories in products consumed by families by 20 percent by 2024. Read more here.
Cereals & water
With regards to Nestlé breakfast cereals, the company says it’s also working hard to reduce average sugar by 10 percent across its portfolio by the end of the year, while Nestlé Waters has announced that Sanpellegrino sparkling fruit-based beverages will see a 40 percent reduction in sugar in the coming months.
Two years of hard work behind the Sanpellegrino reformulation has meant that, following an initial 10 percent reduction of the total sugar content in 2015, the latest recipes will contain approximately 40 percent less sugar.
The recipe change will see a proportion of the originally added sugar replaced with stevia, which is sourced from a natural plant origin. By using stevia, the amount of sugar is significantly reduced to less than 5g/100ml.
Furthermore, the newly improved recipes will reduce the number of calories in each can to 70, approximately 60 calories less than the current recipes.
The change has been carefully managed to ensure a quality taste remains, with thorough taste tests resulting in very positive feedback.
“Our work towards these achievements is as much about taste as it is about reducing sugar and calories. It is not as simple as just removing sugar from a product, the skill is in making that product taste just as good or, ideally, better,” said Stefano Agostini, CEO of Nestlé UK & Ireland.
“We have an unrivaled research and development network across the globe that makes this possible.”
“People love our food and drink and our confectionery, cereals, ice creams and other products are enjoyed as part of a balanced, healthy diet by people all over the world. What we can do, through research and development, is improve them in both taste and nutrition over time.”
By Gaynor Selby

Nestlé has launched a new platform for innovation, bringing together start-ups, students and scientists to leverage the F&B giant’s dairy and plant... Read More

This week in product development news, Nestlé and Starbucks unveiled a range of coffee products that will be available in the US next month. Retailer Aldi... Read More

Origami cranes: Nestlé Japan to switch out plastic for paper on KitKats

Nestlé Japan is replacing the plastic wrapping on its KitKat candy bars with paper in a bid to become one step closer to its commitment of 100 percent recyclable... Read More

Nestlé will “break new ground” in supply chain transparency through a collaboration with OpenSC – an innovative blockchain platform that allows... Read More