You are in : All News > Trump’s 10 percent tariff plans on aluminum imports fuels fiery debate 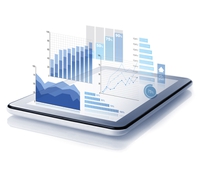 07 Mar 2018 --- The Trump administration announced plans last week to implement a 10 percent and 25 percent tariff on aluminum and steel imports respectively. President Trump claimed that he was delivering on his campaign pledge to protect the interests on American workers and companies from unfair foreign competition.

The US currently imports 90 percent of the aluminum it uses, predominately from Canada and Russia. Expectedly, there has been a national and international backlash, including from within the US food and beverage industry, which relies heavily on aluminum imports for product packaging.

The tariffs are designed to reduce trade dependency on other countries and revitalize the struggling US aluminum and steel industries. Trump has also cited national security concerns under Section 232 of a law enacted during the Cold War, arguing that the US would be left vulnerable in the case of disrupted trade streams without greater self-sufficiency in the steel and aluminum industries. The US Secretary of Defence has, however, stated that the US military requires no more than 3 percent of US aluminum and steel production.

The Beer Institute has estimated that over half the beer produced in the US is packaged in aluminum cans or bottles and that the proposed 10 percent tariff would hit the US beverage industry with an additional US$347.7 million tax.

Molson Coors – one of the world’s largest brewers by volume – was quick to vocalize concerns around potential job losses and price rises. In a statement the company said, “There simply isn't enough supply to satisfy the demands of American beverage makers.’’

”Like most brewers, we are selling an increasing amount of our beers in aluminum cans and this action will cause aluminum prices to rise and is likely to lead to job losses across the beer industry.”

One of the largest global metal manufacturers, Ball Corporation, has urged the Trump administration to exclude aluminum can sheet or tinplate steel from the tariffs. Chairman, president and CEO of Ball Corporation, John Hayes, said in a statement: ”Aluminum can sheet and tinplate steel have no national security applications, and tariffs on them likely will gave negative downstream impacts on food and beverage manufacturers, as well as increased prices for consumers.’’

After Trump’s announcement, share prices for large US aluminum and steel users decreased – Ford, Caterpillar and Boeing were all down by roughly 3 percent – whereas large US aluminum producers saw share prices increase on Wall Street, including US Steel and Century Aluminum, which were both up by roughly seven percent. The market shift has been largely attributed to a predicted boon for domestic aluminum and steel producers, whose output is expected to become relatively cheaper.

However, even among US aluminum producers there is widespread disharmony. 114 producers – including Alcoa, Vulcan, and Rio Tinto Alcan who have a combined workforce of over 700,000 – grouped together to share their concerns with President Trump in a letter dated March 6, 2018, referring to the tariff plans as ”deeply concerning.” The authors share president and CEO of the Aluminum Association, Heidi Brock’s, concerns that Trump is not adequately targeting the US’s fourth-largest supplier of aluminum, China, who have long been accused of undercutting the market which cheap materials. Opposition to the new tariffs believe that the industry’s North American and European trade partners will suffer most.

The European Commission released a statement on March 1, 2018, opposing Trump’s strategy. Commissioner for Trade, Cecilia Malmström, commented: “These US measures will have a negative impact on transatlantic relations and on global markets.”

”They will raise costs and reduce choice for US consumers of steel and aluminum, including industries that import these commodities. The EU will seek dispute settlement consultations with the US in Geneva at the earliest opportunity. The root cause of problems in these two sectors is global overcapacity caused by non-market based production. This can only be addressed at the source and by working with the key countries involved. This go-it-alone action by the US will not help.”

There has also been open protest from within the US Republican party, with the House Speaker, Paul Ryan, urging Trump to have a ”more surgical approach to what is clearly a legitimate problem”. On March 7, 2018, Trump’s top economic advisor, Gary Cohn, resigned after speculation that he would not publically support the plans.

It remains to be seen whether the new tariffs come into effect next week as planned, despite widespread national, international and industry protest. Packaging companies which rely heavily on aluminum and steel, particularly in the US, will be closely monitoring these developments.