You are in : All News > Rabobank highlights “record prices” in beef market, strong demand in China observed 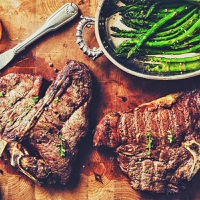 31 May 2021 --- Many regions across the globe are currently experiencing either high cattle livestock prices or high beef prices. While there are some common factors, such as strong demand from China, local drivers are arguably more important in beefing up these record values.

These findings are according to Rabobank’s latest report on the global beef market for the second quarter of the year which details high demand for beef in the US, while the Australian beef cattle herd being at its lowest point in over 30 years.

“We believe many of these local factors will correct and cause an adjustment in prices. However, with China’s demand expected to remain firm, we also think the market has seen a fundamental step up,” says Angus Gidley-Baird, senior analyst – Animal Protein at Rabobank.

These record prices – whether cattle or beef – also highlight the pressures of a very tight market.

“Given the growth in demand and global trade, pressures created in the current system mean that seasonal conditions that may have once been considered slightly abnormal are now causing major shifts in markets,” explains Gidley-Baird.

Fed cattle supplies have averaged 120 percent of operational packing capacity since April 2020, so despite record strong beef demand, cattle prices have been depressed throughout the pandemic.

According to Rabobank, US retail beef prices could see increases through much of May and even June, and wholesale prices should begin to moderate in the near future. However, cutout prices could remain 5 to 10 percent higher than pre-pandemic levels for much of 2021.

Producers chose to delay the sale of cattle until they reached the desired weight, and with approximately 50 to 60 percent of Brazilian cattle fattened exclusively on pasture this has caused supply to drop below demand. High cattle prices have also encouraged breeders to hold females, further limiting the supply of cattle.

Cattle prices started to soften at the end of April, but reduced supply will limit any further price reductions.

Australia: Low supply-driven prices
Successive years of drought and large livestock liquidation have resulted in the Australian beef cattle herd being at its lowest point in over 30 years.

The improved seasonal conditions in 2020 and 2021 created intense competition among producers looking to restock properties and generate value.

Rabobank believes that current cattle prices will ease as cattle numbers increase and producer demand dissipates. However, as the supply chain overcomes the disruption, and consumers adjust their price expectations, the market will adapt and a new, higher baseline will be established.

The key driving force behind this price escalation is the slow growth of domestic production, which has not been able to keep up with the strong growth in consumption. This has led to rising beef imports by China in past years.

Although a portion of beef consumption is expected to shift back to pork – when pork production recovers – Rabobank believes beef demand will remain strong, continuing to drive imports from the global market.

Europe: Reduced supply lifts prices
EU beef carcass prices in Europe have been firming since Q4 2020, with the average EU beef carcass price currently up 7 percent on the same period last year. Cow prices are even higher, up 15 percent YOY, indicating a shortage of slaughter cows.

Prices have moved against the normal declining seasonal trend in the first couple of months of this year, driven by reduced cattle supplies across the EU.

Even though an increase in supply is expected in the second half of this year, prices will likely be held up by increased demand as foodservice channels reopen, the Dutch bank forecasts.

Meat consumption on its way down?
Separate research conducted by the Boston Consulting Group (BCG) and Blue Horizon Corporation Consumption has recently suggested that animal-based produce in the US and Europe could actually be on its way down after hitting a “peak meat” apex in 2025.

By 2035, the report concludes that every tenth portion of all meat, eggs and dairy products eaten worldwide will be from an alternative protein source. Adjunctly, the meat-free sector is expected to hit US$290 billion in 2035.

Meatless produce could potentially capture 11 to 16 percent of the global protein market, with nine out of ten of the world’s favorite dishes – including pepperoni and sushi – having “realistic alternatives” by 2035.

Corbion has received a patent for a method for increasing the efficacy of vinegar-based preservation solutions. By providing higher pathogen control with less taste... Read More